A cooler air mass will remain in place through Thursday as strong onshore flow and a deep marine layer will combine to bring extensive low clouds. Clouds will struggle to clear from the coast and valleys each day. Drizzle or light rain is possible at times through Thursday. High pressure aloft will bring a slight warming trend for the end of the week, then a storm system could bring rain and mountain snow later Sunday into…

Mostly clear skies will be most common into next week with gusty
northwest to northeast winds. Warming conditions will peak around
normal Thursday and Friday, with warmer conditions likely Sunday
through Tuesday. No significant rain chances through the middle of
next week.

California remains sandwiched between a strong ridge of high
pressure off the coast and a large trough of low pressure parked
over the middle part of the country. This will generally persist
into Friday, except for the ridge nosing in a little closer to the
coast. Todays moderate Santa Ana winds looks to have peaked and
will quickly weaken through this afternoon. The current Wind
Advisories look good to expire on time.

The winds look fairly light tonight and Friday, which will help
bring warmer conditions to the valleys and mountains with less
cold air advecting offshore flow. Northwest winds will pick up
once again Friday night as a small low pressure system (currently
south of Alaska) moves through, with the latest projections
showing stronger and more widespread winds than before. Wind
Advisories are likely, for southern Santa Barbara County
Friday night, then over Ventura County mountains and valleys on Saturday. Gusts now look to be in the 35 to 50 mph range. Temperatures should be down across the board on Saturday due to the proximity of the low. There is a little moisture in this flow, which should create ample clouds piling up on the northern mountain slopes which could squeeze out a few showers.

As the low moves to the east, cold air in its wake will settle over the Great Basin Saturday night, and turn the winds to northeasterly. Santa Ana winds are still on track Saturday night through Monday, peaking on Sunday. 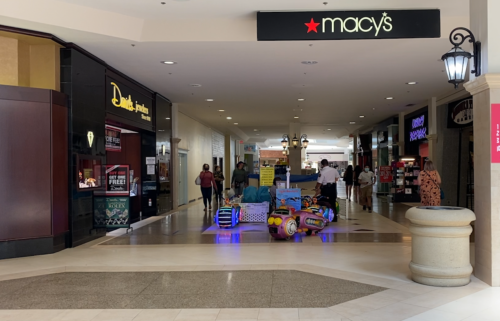 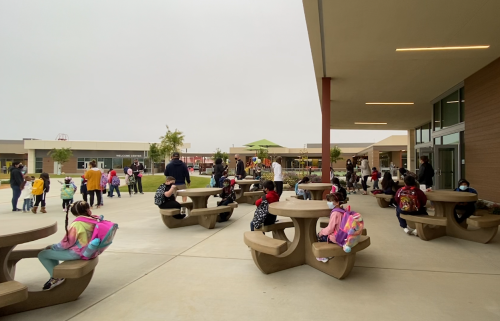