Strengthening onshore flow beneath broad troughing over the West Coast will bring a cooling trend through Monday. Night through morning low clouds…

Smoke and haze likely to improve for Wednesday and Thursday as a low pressure system arrives to the west coast. Temperatures will warm slightly midweek before a gradual cooling trend begins on Thursday. Stronger winds are ahead for southern Santa Barbara County, Thursday and Friday. As temperatures cool conditions expected to be below average through the weekend and into next week.

A shallow marine layer prompted dense fog along the Central Coast and extended throughout the coastal areas. Most cloud cover and fog is likely to burn off mid morning on Wednesday. This will be followed by hazy sunshine however, activity is expected to lesson. The ridge will hold steady for one more day allowing for slightly above average temperatures.

Wednesday will be a tad warmer adding 2 to 4 degrees from Tuesday. Daytime highs along the Central Coast, 60s to 70s, South Coast, 70s to 80s. Interior valleys and mountains, 90s to 100s.

The upper low near the Pacific Northwest will shift to the west coast beginning Thursday. This will bring cooler temperatures and a south westerly flow allowing for much of the smoke to clear away. The flow could also bring some tropical moisture from tropical storm Karina. At this time there is no threat of convection but the First Alert Weather team will be keeping an eye on this activity. 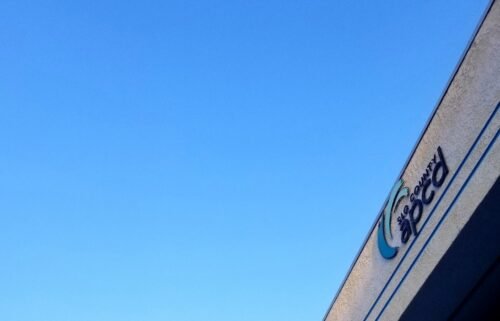