An onshore flow will strengthen prompting breezy to gusty winds.…

A June Gloom pattern will bring night to morning low clouds and fog for the next several days. Areas away from the coast could expect to clear slowly to partly sunny skies. While some beaches remain overcast, with little to no clearing at all. Daytime highs will be near average, coastal areas in the low to mid 70s and interior valleys in the low to mid 80s.

Temperatures will cool down due to a trough over the Pacific Northwest expected to arrive on Thursday. Due to this activity the region could expect a strong onshore push leading to an increase in cloud cover for the morning commute. More afternoon sunshine will arrive along with another round of onshore winds. Breezy to gusty winds pick up for the afternoon between 5 to 10 mph and will increase to 15 to 20 mph with gusts 25 to 30 mph.

The trough will slowly move Southeast on Friday and this will allow for a tad more sunshine. Daytime highs will have little to no change along the coast with further cooling likely across the inland areas. On Saturday another trough will move in with inland areas looking at an additional 1 to 3 degrees of cooling. The coolest day could be expected on Sunday as an upper level low will arrive. This will bring 5 to 10 degrees of cooling for valleys and mountains. 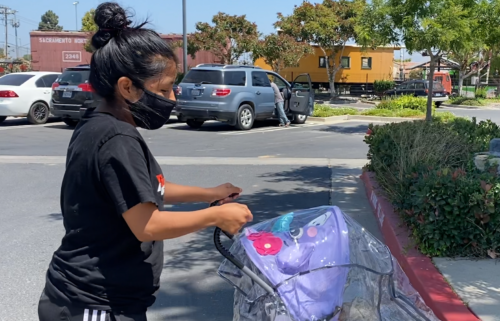