Social media has allowed fans to get closer than ever before to their favorite players, but for others, it has provided an open channel to anonymously send abusive and hateful messages, something the companies that run these platforms seem either unwilling or unable to stop.

Chelsea Women’s manager Emma Hayes, widely regarded as one of the best coaches in the game, says she regularly witnesses first hand the impact abusive messages have on her players and, if it was up to her, would “100%” take all of them off social media.

It’s become so bad that if companies such as Facebook and Twitter do not begin to tackle this issue seriously, Hayes says, then she can envisage some footballers contemplating suicide.

“I have to live it every day,” Hayes explains to CNN’s Amanda Davies. “I have to manage young people that are maybe flavor of the month, so to speak, online and then treated so despicably the next, maybe even by the same people — and then the impact that has on them and their internal struggle, that translates into massive underperformance.

“I feel that social media, while it is a force for good in so many ways, I think if that doesn’t change quite quickly, we will be talking about some of the more severe ends of perhaps people taking their lives with some of the abuse that they experience online.

“But there is no denying there are vulnerable athletes with mental health issues across the board that — off the back of a bad game or off of being a woman, or being gay, or being of different color, or ethnicity — experience vile, abusive messages that could certainly put them in a position where they could contemplate that.”

These fears were echoed by former Premier League footballer Anton Ferdinand at a recent Home Affairs Committee inquiry into online abuse, during which he spoke alongside two other former players, Lianne Sanderson and Marvin Sordell, about the online abuse they had received.

“There is a mental health issue of not being able to escape it. My worry is, what are the social media companies waiting for?” he asked. “Are they waiting for a high-profile footballer to kill themselves, or a member of their family to commit suicide? Is that what they’re waiting for?

“Because if they’re waiting for that it’s too late. This comes down to if [social media companies] really want to make change? So far, their words are that they want to but their actions are different.”

​Following the high-profile social media abuse of some England players after the Euro 2020 final in July, Facebook issued a statement describing the abuse as “abhorrent.”

In that statement, Facebook said that, between January and March of this year, it removed more than 33 million pieces of hate speech from its platforms, which also include Instagram, with more than 93% of it removed before it had been reported. ​

“We remove racist content as soon as we see it and respond to valid legal requests to help with police investigations.

“We’ve also built the Hidden Words tool to prevent people from seeing this abuse in their comments and in DMs and encourage everyone to use it. People can also limit comments and DM requests during spikes of increased attention.

“No one thing will fix this challenge overnight, but we’re committed to continuing our work with the Premier League and others to help keep our community safe from abuse.”

“We condemn racism in all its forms — our aim is to become the world’s most diverse, inclusive, and accessible tech company, and lead the industry in stopping such abhorrent views being seen on our platform,” the statement read.

“We were appalled by those who targeted players from the England football team with racist abuse following the Euro 2020 Final.

“While our automated tools are now able to detect a majority of the abusive Tweets we remove, we also continue to take action from reports.”

‘When is it going to stop?’

In some instances, such as with Thierry Henry, players say the abuse is the reason they shut down their accounts.

Another player to follow suit recently was Chelsea Women’s defender Jess Carter, who says she had to close down one of her social media accounts after getting “annihilated” by comments following her matches.

“I think the sad thing is you’re just not surprised,” Carter tells CNN Sport. “It’s just become a point where it’s like: ‘Ah, there’s another one and another one.’ It’s just more infuriating to be like: ‘When is it going to stop?’

“You know, it’s so easy to sit on the sidelines and be like: ‘They should be doing this or shouldn’t be doing that.’ At what point are we going to put in more measures to put an end to it?

“For some people, it’s easy to just brush it off and keep going, but not everybody can do that and then it does affect you.”

Carter admits she is one of those people who are more affected by the abuse and, at one point, said she began to “question everything that you’ve been working your whole life towards.”

“I don’t think other people realize that either because, if you did, I don’t think you’d do it,” she says of the abusers.

Carter, teammate Magdalena Eriksson and Hayes were speaking to CNN Sport around the launch of Chelsea’s ‘No To Hate’ photography competition, which is encouraging fans of the club to send in their photos that show the diversity within the Chelsea community and how football can be a unifying factor.

The ‘No To Hate’ campaign was launched by Chelsea owner Roman Abramovic​h following the “disgusting and unacceptable racist abuse” defender Reece James received in January.

The multi-pronged initiative aims to educate on anti-discrimination, both at local schools and at the club, increase support for those at Chelsea subjected to racist abuse and help monitor abuse players receive on social media.

Just last week, a man identified by Chelsea was charged by the London Metropolitan Police after an investigation into racist, anti-​Semitic and hateful tweets.

While Swedish international Eriksson hasn’t yet deleted any of her accounts, she admits to drastically limiting her usage of social media in order to avoid any negative messages.

Eriksson has been in a romantic relationship with Chelsea teammate Pernille Harder for several years now and says she’s aware there may be people sending homophobic comments.

“And I think just the fact that I’m thinking like this is just another sign that it’s not OK. It’s just not OK. It’s gone too far.”

“You should be able to go on your own social media and not be scared of what you’re going to see,” she says.

‘Means so much to me’

Eriksson has won numerous titles at both the domestic and international level, but her best known off-field moment came during the 2019 Women’s World Cup.

At the time, Eriksson says she thought there was nothing particularly special about it.

She had just helped Sweden beat Canada in the round of 16 when she spotted partner and Danish international Harder, also wearing a Swedish jersey, in the stands of the Parc des Princes stadium.

Eriksson approached her and the two shared a celebratory kiss.

The photos immediately went viral on social media — “I had no idea any pictures were taken,” Eriksson says — and the moment became one of the enduring images of that Women’s World Cup.

“It was, like, a quick moment and then a couple of hours later, I just saw I’m getting tagged and stuff, I’m getting new followers, like things are happening that normally don’t happen to me,” she laughs.

“In two days, it just blew up and yeah, I don’t know how many new followers and possibly a lot of hate to it as well, but during the World Cup, I tried to stay away from reading any comments or reading anything.

“So luckily, I haven’t seen anything of it.”

Eriksson wrestled with the notion that this moment she saw as entirely normal could be so iconic for so many people.

Soon after, however, she was moved by the overwhelming number of messages and stories of people who had seen that image and been brought strength or comfort by it.

“In one sense, it’s like, what’s the big deal?” Eriksson asks. “I mean, we’ve been open for a long time, me and Pernille, it’s two women kissing. It’s not the biggest deal.

“But then I also understand the impact that it has and how special it is, and for me, the thing that I take with me always is just hearing how much it helps other people to feel accepted with who they are and who they want to be and if they don’t have the support at home or around them, that they look at us and feel the support through us.

“So that’s what means so much to me, to see and to experience and that makes me want to just continue with being open, being confident in who I am and who I love.” 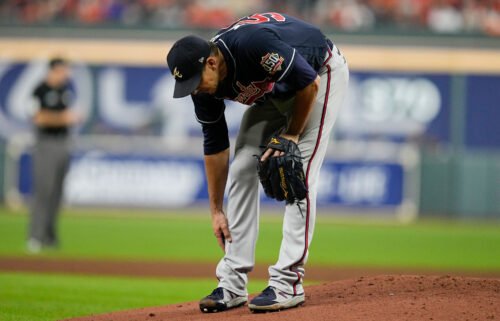 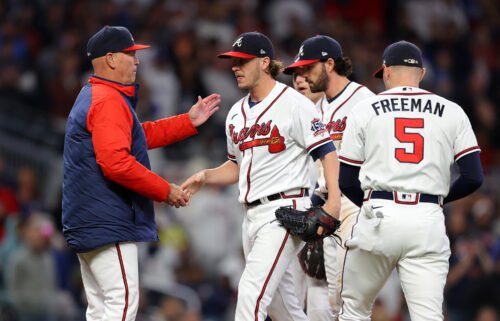 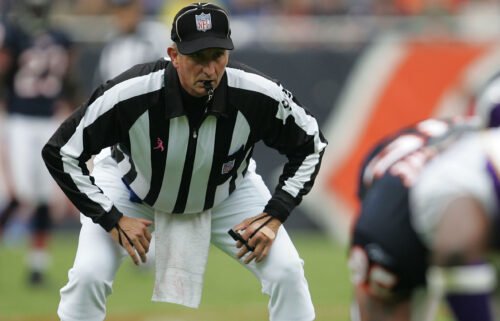 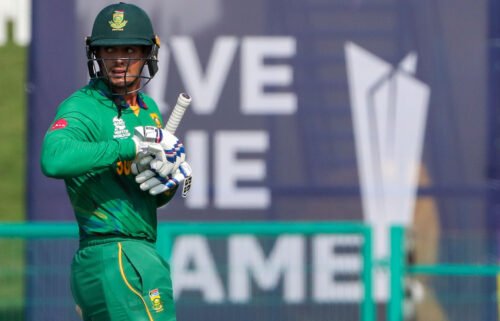