It marked the four-week countdown to the 2022 season opener during a nationally televised game at Fresno State on Thursday Sept. 1.

"It was a lot of progress from last year that we've seen in camp, which is great to see," said starting quarterback Spencer Brasch. "Lot of guys know a lot more what they're suppose to be doing, everyone is a little more on topic, everyone has a goal right now and the goal is to win."

For the Mustangs, the program is hoping the start of camp kicks off a turnaround for team, which has struggled over the past several seasons.

Cal Poly has not posted a winning record since 2016. In the five seasons since, the Mustangs have posted a record of just 11-36.

Third-year head coach Beau Baldwin is looking to re-establish the Mustangs as a top team in the Big Sky Conference and Football Championship Subdivision (FCS).

"Absolutely, we're about thinking of Big Sky titles, and we're thinking every year, that's our mindset to go win a Big Sky title, and there's no reason not to believe that and think that," said Baldwin.

Hired in December 2019, nearly all of Baldwin's entire tenure as Cal Poly head coach has been impacted by the COVID-19 pandemic.

However, this year is the first one where he has been able to have a normal schedule throughout the entire year, including with recruiting, off-season practice and workouts, plus this fall camp.

"I can compare to a year ago and I just feel like we've had so much growth, both mentally and physically and it really excites me," said Baldwin. "When you are speaking of our program and what it takes to lay a foundation and coming in new and getting those guys, this seven months has been different than the two years before by a landslide and that's what excites me is to see the guys actually do it the right now."

Baldwin, along with a revamped coaching staff, will field a team featuring 41 veterans off last year's roster along with 22 players who were true freshmen and played in at least one game but no more than four, which preserved their redshirt year.

The 2022 roster will also include five transfers from four-year schools, two community college transfers, 13 redshirts or squad members who did not play at all in 2021 and 28 newcomers that played in high school last year.

Athletic director Don Oberhelman has been with the school for 11 years and has seen the program go through up and and downs over the past decade-plus.

Eager to watch the team post its first winning season in six years, he's exciting for the upcoming campaign, which begins in four weeks.

"As high as it's ever been," said Oberhelman. "I'm really excited to see the product and really excited to see these young men because they have not had really this ability to prepare in several years now, and it's time for these guys to get the opportunity to truly prepare for a season in the right way and play football in the right way and that's what we're looking forward to doing here."

Baldwin added fans will see a different and much improved team than it has over the past several years, especially since players have been working hard during the off-season.

One of the biggest changes fans will notice this season won't be a player, coach or even a new scheme. Instead, it will be brand new artificial turf that has been installed in Alex G. Spanos Stadium.

"It's the best there is," said Oberhelman. "It's the highest quality on the market. Really excited to roll out. It's absolutely beautiful. It plays very, very fast. Our players are excited about it, and it really gives the university a lot more options in terms of how we utilize Spanos Stadium, outside of football and outside of soccer."

Over the next four weeks, a total of 19 practice sessions are scheduled. A scrimmage is scheduled for August 24 before the Mustangs begin preparations for the Bulldogs on August 26.

No practice sessions will be held on August 25 or on Sundays during fall camp period.

Cal Poly will open the season at Fresno State with a game on Thursday, Sept. 1 at 7:30 p.m. The game will be broadcast nationally on FS1.

The home opener will be held the next week in Spanos Stadium on Saturday, Sept. 10 with a game versus San Diego. Kickoff is scheduled for 2:02 p.m. 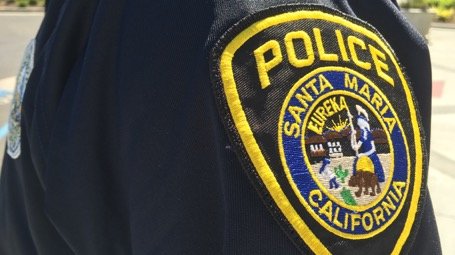