MONTECITO, Calif. - Before tonight, it had been almost a year since either #3 Westmont Women's Basketball or Hope International (0-1, 0-1 GSAC) had played a regular season Golden State Athletic Conference game. In fact, the last time they did so was the final day of February in 2020 and it was against each other. For the Royals, tonight was the first time they have played any game since March 5, 2020.

The Warriors walked away from tonight's contest with an 85-41 victory, in what head coach Kirsten Moore described as a, "well balanced effort."

"Balance makes us the most dangerous," noted the coach. "This year, in addition to what we were able to establish on the perimeter last year, we have the capability of having an inside presence. That can make us even more dynamic."

That balance also showed up on the box score with nine different Warriors scoring at least six points.

"It was fun to see Syd get into a little bit of an offensive rhythm," said Moore. "Today was a good overall opportunity to get people in game rhythm.

"The rhythm of having no rhythm is a challenge," acknowledged Moore about the disruptions resulting from COVID-19. "It is nice to get out on the court again and get settled in. It will be nice if we can get these three games in this week and start getting into a rhythm where we are playing games every week."

The game started slowly and remained close throughout the first quarter of play. Berberabe gave Westmont its first lead of the game (7-4) when she drained a three with 6:27 remaining in the opening frame. Though the Warriors never trailed after that, Hope International matched the Warriors offensive effort and trailed by just three (15-12) at the end of the first 10 minutes.

"We were getting really good looks inside and just not finishing," offered Moore. "That's something we have to get better at, especially in the first quarter when we are trying to set a tone."

The second half started with more of the same. After a bucket by Anyah Shamburger made the score 26-20 with three and one-half minutes to play in the half, however, Westmont took control of the contest with a 12-0 run. Destiny Okonkwo started the Warrior run with an old-fashioned three before Jarrett knocked down a more modern version. The run was completed with layups by Brown, Jarrett and Berberabe.

Shamburger scored just before the half for the Royals, creating a 38-22 halftime score.

Westmont continued its dominance when play resumed, starting off the penultimate quarter on a 20-2 run to go up 58-24 with just under three and one-half minutes to play. By the end of the third, Westmont held a 60-32 advantage. The fourth quarter saw some of the Warriors' new faces get some court time.

"Our freshmen did a great job coming in off the bench and making an impact," said Moore. "It is fun to see them out there and see them getting a feel for the flow in the game and the speed at which it happens in college verses in high school."

"Lauren Tsuneishi was the one starter not in double figures," said Moore, "but her leadership is phenomenal – her communication, her talk on defense, her hustle. She won our 'grit goals' today – things that don't show up on the stat sheet."

In an odd occurrence in college basketball, the Warriors and Royals will play two more times this week, both at Darling Pavilion in Fullerton. The games are scheduled for a 4:30 p.m. tip-off on both Friday and Saturday.

"Playing a team three times in a week makes a difference," asserted Moore. "We now go on the road. Hope is going to shoot completely differently and have a different presence in their home gym. 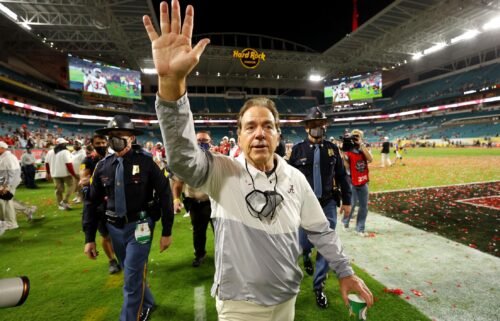