“Cade lives with deep integrity,” Westmont head coach Ellie Johnson said. “She is fair and encouraging, while fierce and strong when competing. Her leadership has developed in each of her years at Westmont.”

Pierson is the first Warrior to ever receive the ITA’s national award named after legendary tennis star Arthur Ashe, who was known not only for his success on the court, but his humanitarian efforts off it. Westmont women’s tennis player Emily Keach was honored with the west region award in 2013.

“She leads by example as well as by being intentional with the words she uses and how she communicates,” Johnson said. “She does not demand leadership, but rather earns it by the way she handles herself with confidence and poise.”

Pierson is just the second Warrior to receive a national award from the ITA, along with Kathy LeSage, who was named ITA NAIA Senior Player of the Year in 1984.

“She’s such a fun, caring and hardworking person,” sophomore Rachal Jackson said of Pierson. “I learned how important it is to work hard and have good sportsmanship at the same time. Cade always encouraged us to try our best while being the best person we can be.”

Pierson, who was also honored with the west region Arthur Ashe Award, previously received the GSAC Cliff Hamlow Champion of Character Award on March 1. She became the first Westmont women’s tennis player to receive the honor in the six years the award has been given.

The Solvang native served as team captain this year as the lone upperclassman on the Warriors’ roster, which primarily consisted of freshmen and sophomores. She helped lead the Warriors to the #18 ranking in the NAIA when the 2020 season was cut short due to COVID-19.

“She prepared so well for being a captain of this year’s team without even realizing the position she was going to be in,” Johnson said. “She prepared by making daily decisions to better herself and how to best lead the team.”

Pierson’s off-the-court exploits continue the success she has experienced on the court throughout her career, notably this past season. In 2020, she was honored by the ITA as an NAIA All-American in singles and West Region Senior Player of the Year.

She finished the year ranked fifth nationally and second in the west region in the final NAIA singles’ rankings released by Oracle/ITA. At number one singles, Pierson went 8-2 and recorded two wins over NCAA Division I opponents.

The February 2020 GSAC Player of the Month also finished the season ranked 11th nationally in doubles by Oracle/ITA, along with partner Emily Peterson.

“The legacy of Cade is hard to put into words because it is that big of an impact,” Johnson said. “She has had an incredible amount of success on the court, but what stands out even more and the legacy that will continue is her leadership and devotion to grow as a person. She embodies the mission of Westmont Athletics.”

Pierson’s legacy will live on, as she announced earlier this month that she will be returning to the Warriors’ squad next season. She plans to use her final season of eligibility she was granted by the NAIA after the 2020 season ended prematurely. 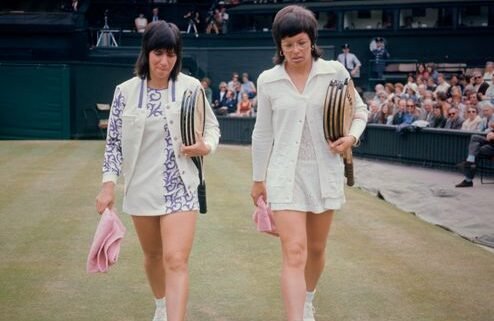