SANTA BARBARA, Calif. - Ryan Guardino, a former San Marcos High standout, signed with Wofford College of Spartanburg, S.C., last week. He was having an outstanding season when the Vaqueros' 2020 campaign was stopped in mid-season on March 12 by the COVID-19 pandemic. SBCC was 12-8 at the time and third in the WSC North with a 4-3 record.

Guardino, the leadoff hitter, was playing center field for the Vaqueros. He hit safely in all 18 games he played and led the WSC in batting average (.415), doubles (8) and steals (14). He was named SBCC's Male Athlete of the Year for the Spring semester. In the last game of his two-year career on March 9 vs. Hancock, he went 2-5 and hit his first college homer -- a solo shot in the eighth inning.

Wofford, which competes in the Southern Conference, was 14-3 this year and won its last seven games.

"Having four five guys commit to D1 schools with three going to Power 5 schools is a big deal," said coach Jeff Walker, who's two wins shy of 200 for his nine-year SBCC career (198-143). "They're five great players who, unfortunately, had their seasons cut short. Who knows if they would have broken school records or been All-Americans?

"We were the most talented team in the WSC North and we still had two months left. April is always our best month and we always get better as the season goes on."

Froemke is an interesting story. The 6-4 sophomore from Round Rock, Texas, played two years at Westlake High in Thousand Oaks, then transferred to Round Rock High for his senior year. He signed with Oregon and played 35 games for the Ducks with 10 starts in the 2019 season.

After head coach George Horton wasn't retained, Froemke transferred to SBCC. He was having a solid year with a .300 batting average and five homers, tied for third in the state. Now he's signed with Oregon's arch-rival, the Oregon State Beavers, for the 2021 season.

Bravo was hitting .323 with four homers and 20 RBIs. The sophomore left-hander from Ventura led the WSC North in slugging percentage at .615.

Spach, a converted catcher from Carpinteria High, started the Vaqueros' last game vs. Hancock and went four solid innings, giving up no hits and striking out six. He was clocked at 92 mph in the first inning.

Walker said it wasn't easy telling his team their season had ended prematurely.

"Once the NCAA and NBA cancelled their seasons, it was a pretty obvious we would do the same thing," Walker said. "It wasn't easy to tell the team and it was definitely weird."

How has Walker been staying in touch with the team during the COVID-19 lockdown?

"We do Zoom meetings, send them workouts and talk on the phone," he stated. "And we're still trying to get guys placed with four-year schools. We've had some former players join in on our Zoom meetings and that's been fun for our current players to ask them questions."

This year's Major League Baseball draft has been moved from June 10-12 to sometime in July and the length has been reduced from 40 rounds to five or 10 rounds. Walker said that will have an impact on community college recruiting.

"A lot of guys who might have left four-year schools and gone into the MLB system will now be returning for another year," said Walker. "That will mean fewer spots for players on four-year college rosters. And that will probably trickle down to our level. Some guys who would normally go to a four-year school might come play at a commmunity college." 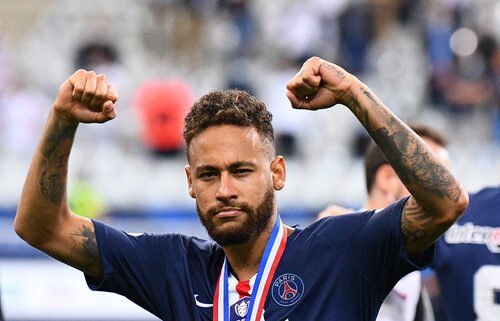