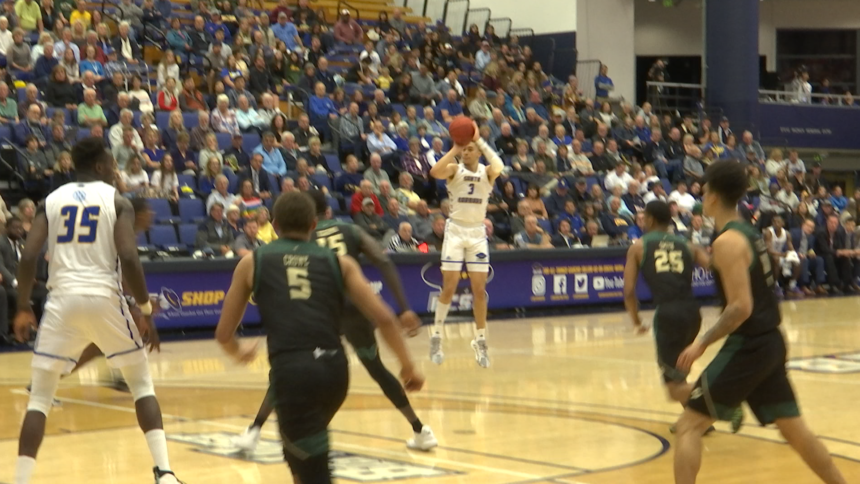 SANTA BARBARA, Calif. - The brackets are set for this week's Big West Tournament in men's and women's basketball.

On the men's side, UC Santa Barbara's dramatic win over Cal Poly on Saturday night guaranteed a last-place finish for the Mustangs men's team, which will miss the tournament for the second straight year.

UCSB is the 3-seed and will play 6-seed UC Riverside in the first round on Thursday at 2:30 p.m. at Honda Center in Anaheim.

UCSB women's basketball jumped from eighth place last season to the second seed in this year's tournament. The Gauchos have a double bye, and will play in the semifinals on Friday at Honda Center.