A narrow Democratic majority in Congress has derailed key legislative priorities for the White House, but so far President Joe Biden is not facing pushback from members of his own party to a swift Supreme Court confirmation process.

In a positive sign for the White House, West Virginia Democratic Sen. Joe Manchin, an influential moderate and key swing vote, is not expressing any concerns about the quick time frame envisioned by Senate Majority Leader Chuck Schumer to confirm Biden’s nominee, according to a person with knowledge of the matter.

Schumer wants to move the nomination along the same timeline as Senate Republicans used to process former President Donald Trump’s nomination to the high court of Amy Coney Barrett, who was confirmed in 2020 by the Senate in about a month’s time.

But Schumer can only go that fast if he has enough support to advance the nomination.

The White House does not see a need to sign on to the 30-day confirmation timeline proposed by Schumer, with one source saying the administration would be fine if the process takes longer than that of Justice Barrett and instead mirrors the duration of a typical confirmation.

But the longer it takes between the time a nomination is made and a confirmation vote takes place, the more time a nominee will be exposed to attacks from critics. And given that Democrats control a 50-50 Senate, any absence or illness among one of their members could jeopardize the nominee’s confirmation prospects.

It is not yet clear who Biden will nominate, but ​​the President committed to nominating the nation’s first Black female Supreme Court justice as he honored retiring Justice Stephen Breyer at the White House on Thursday. Potential nominees include DC Circuit Judge Ketanji Brown Jackson and South Carolina US District Court Judge J. Michelle Childs.

The Senate Judiciary Committee is delaying a Tuesday hearing on the nomination of Childs to serve on the DC Circuit Court of Appeals now that she’s on the shortlist of Biden’s potential picks to serve on the Supreme Court, according to a committee aide.

The committee will instead hear testimony from pending district court nominees on Tuesday — not circuit court picks.

House Majority Whip Rep. Jim Clyburn has championed Childs and has been lobbying the White House and Biden directly to select the district court judge for the high court.

Breyer’s departure from the court sets up a high-stakes moment for Biden and congressional Democrats. It gives the party a chance to install a new justice to the high court who could serve for decades to come, although it is not poised to alter the ideological balance of the court. And it comes as Democrats have faced a number of recent stinging legislative defeats that have showcased the challenge of enacting major priorities with such a narrow majority in Congress.

Senate Democrats need 51 votes to confirm a Supreme Court nominee, which would require all 50 members of their caucus to coalesce behind Biden’s pick with Vice President Kamala Harris breaking a tie if no Republicans support the nominee.

The difficulty of unifying the Senate Democratic caucus has been readily apparent during Biden’s time in office. Manchin and and fellow moderate Democratic Sen. Kyrsten Sinema of Arizona recently voted against Democrats’ efforts to end the use of the 60-vote filibuster on voting rights legislation. And Manchin dealt the White House a major blow by rejecting a sweeping proposal to expand the social safety net and fight climate change known as the Build Back Better Act, a move that effectively stalled out the effort since Democrats need 50 votes to pass the bill.

But so far Manchin and Sinema have not done anything to indicate they could oppose a quick confirmation timeline once there is a nominee. And neither Manchin nor Sinema has voted against any of Biden’s lower court nominees so far — including Biden’s picks for the federal judiciary who have attracted significant Republican heat.

Manchin told a West Virginia radio station on Thursday that he’s open to supporting a Supreme Court nominee more liberal than he is.

“It’s not going to change the makeup of the court,” Manchin said of a more liberal nominee. He said what’s more important is to ensure a nominee is “fair” and to gauge “the character of the person.”

Manchin added. “As far as their philosophical beliefs, that would not prohibit me from supporting somebody.”

Sinema said in a statement on Thursday in reaction to the news that Breyer will retire, “I look forward to fulfilling my constitutional duty to provide advice and consent by thoughtfully examining the next nominee based on three criteria: whether the nominee is professionally qualified, believes in the role of an independent judiciary, and can be trusted to faithfully interpret and uphold the rule of law.”

CNN’s Tierney Sneed and Kate Sullivan contributed to this report. 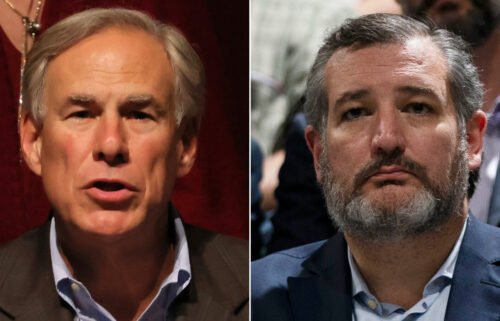 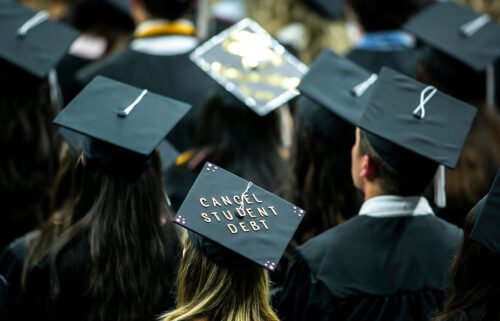 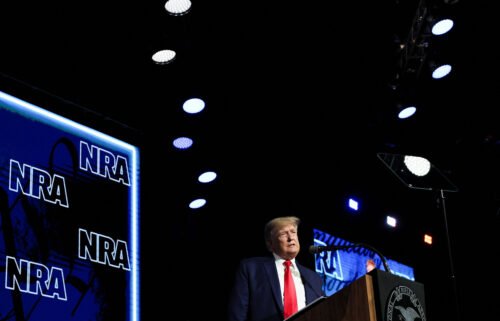 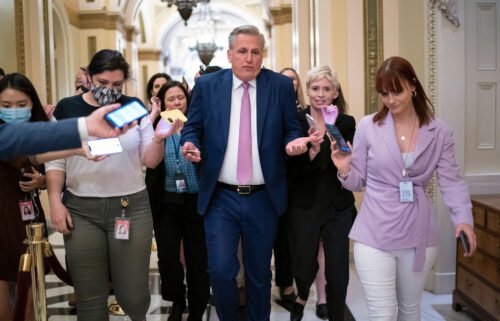