US President Joe Biden said he had discussed the cases of two Americans detained in Russia during his meeting with Russian President Vladimir Putin on Wednesday, pledging to “follow through” on that discussion.

“The families of the detained Americans came up and we discussed them. We’re going to follow through with that discussion. I am not going to walk away on that,” he added.

A senior State Department official briefing reporters on the summit discussions wouldn’t offer any details “other than to say that the President was very clear about the need to resolve these, these cases.”

The families of both men expressed appreciation that the US President had spoken of them by name.

“The Reeds were very pleased to hear a President of the United States finally say Trevor’s name, on this, his 671st day wrongfully detained,” family spokesperson Jonathan Franks said in a statement to CNN.

“We are grateful that President Biden raised Paul’s case, by name, as part of this important meeting with President Putin,” Paul Whelan’s brother David Whelan told CNN in a statement.

In his own news conference, Putin also noted that the cases had come up and said “a certain compromise might be found there.”

“Russia’s Foreign Ministry and the US State Department will work in that direction,” the Russian President said.

David Whelan said the family is “hopeful that, when President Putin talks about potential compromises around prisoners in both countries, that it might result in Paul’s release.”

“But I repeat my thanks to President Biden for taking the initiative to hold the meeting and to broach the case, face-to-face, with President Putin,” he said, adding that they “couldn’t have hoped for more” and they’ll “wait and see what comes next.”

Both families, as well as Paul Whelan himself, had called on Biden to discuss their cases in his meeting with his Russian counterpart.

In an exclusive CNN interview earlier this month, Paul Whelan had called on Biden to “aggressively discuss and resolve” the issue of US citizens being detained for political purposes during the meeting.

“Decisive action is needed immediately” to stop the “abduction” of US citizens, Whelan had said in a phone call from the Russian labor camp where he is serving out a 16-year sentence for an espionage charge he vehemently denies.

He told CNN at the time that he had “a positive feeling” about the the meeting between the US and Russian leaders, calling it “a good step in the right direction.”

Whelan — who is also an Irish, British and Canadian citizen — was detained at a Moscow hotel in December 2018 by Russian authorities who alleged he was involved in an intelligence operation.

Ahead of the Wednesday summit, Paula and Joey Reed had pleaded for Biden to work toward a deal to secure the release of their son, who recently contracted Covid-19 in a Russian prison.

“He’s being held as a pawn to try and leverage concessions in a political dispute between our two countries in which he has no part, and it’s time to let him come home to Texas,” the two wrote in a statement obtained first by CNN.

Reed was sentenced to nine years in prison in July 2020 for endangering the “life and health” of Russian police officers in an altercation after a night of drinking. He and his family have denied the charges and US Ambassador to Russia John Sullivan called the trial “theater of the absurd.” 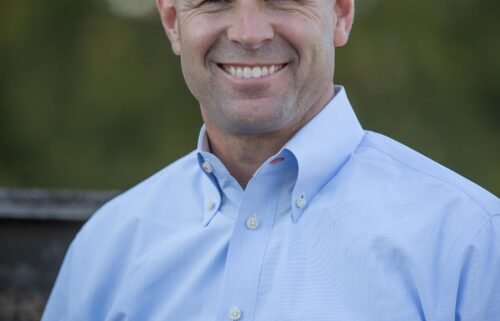