Marjorie Taylor Greene has turned herself into one of the most visible Republicans in the country — stoking an endless stream of controversies that has caused headaches for a defeated party trying to find its footing while she rakes in campaign cash without fear of consequences.

Her most recent incendiary comments have followed her home to Georgia’s 14th Congressional District in the northwest corner of the state and the publicity hasn’t been welcome. “Greene defends controversial Holocaust comments” read a banner front-page headline in a newspaper box outside the Oakwood Café in Dalton.

Greene’s political security in the district — where 75% of voters supported former President Donald Trump last November — doesn’t mean that all of her constituents are relishing her role as the GOP’s flamethrower or that they approve of the recent anti-Semitic comments that she has used to rally her supporters.

In interviews with nearly two dozen voters in the district this week, some Republicans who voted for the freshman congresswoman expressed dismay about her reckless comments comparing House Speaker Nancy Pelosi’s mask requirements in the House chamber to the actions that Nazi leaders used to target Jews during the Holocaust. Some questioned the motives behind Greene’s attention-seeking maneuvers and said they were open to supporting a different Republican for her seat — though no formidable challenger has emerged yet.

She’s already been stripped of her committee assignments by a vote in the House, rendering her an essentially ineffective legislator, but she’s largely gone undisciplined by party leadership in Washington, DC, as congressional Republicans bow to Trump. Just this week, the Senate GOP blocked the establishment of a commission to investigate the January 6 insurrection at the US Capitol that was fueled by Trump’s Big Lie. All of that underscores that while Greene may be among the loudest voices in the GOP right now, not all her views are entirely out of step: a majority of Republicans believe the 2020 election was stolen and about a quarter, according to a new PRRI poll, agree with a set of conspiratorial beliefs linked to the QAnon movement that Greene has also expressed interest in.

The crowd that flocked to Greene’s “America First” rally Thursday night with imperiled Florida Rep. Matt Gaetz in Dalton — the heart of Greene’s conservative district — greeted her with adulation as she voiced her full-throated support of Trump’s lie that the 2020 election was stolen. Unbowed by reprimands from her GOP colleagues, she made a fresh comparison between Democrats and Nazis, claimed that the cartels “love” President Joe Biden during a discourse on immigration, and then did a racist impression in what she described as her “really bad Mexican accent.”

Inside the Oakwood Cafe that morning, 78-year-old Phil Neff, who supported Trump, paid for his breakfast amid the morning bustle. Afterward, he told CNN he believes that Greene “has more interest in herself than serving the community,” but added with a note of resignation: “That’s what the people chose.”

“I don’t think she’s helping herself. But from a political standpoint, I think her organization is growing. A lot of money is pouring into it from the national market, and so she may be so strong that nobody can defeat her,” said Neff, who supported a different candidate in the GOP primary last year. He declined to say whether he voted for Greene last November and said he would “consider who the opposition is” before he votes for her for reelection.

Strong support for Trump in Greene’s district, but trepidation about her rising profile

Pulling into Dalton’s historic downtown, about 30 miles southeast of Chattanooga, Tennessee, a large sign declares it the “carpet capital of the world.” According to the city’s visitors bureau, Dalton and the surrounding area produce 90% of the world’s carpet, and the industry employs more than 30,000 people in Whitfield County alone. But downtown looks like most others in main street America: There are coffee shops and florists, restaurants and taverns, pawn shops, boutique clothing and home decor stores and auto repair shops.

“I’m more concerned about the bad publicity that Dalton, Georgia, is getting,” Neff said when asked about Greene’s rising national profile. “Dalton, Georgia, is recognized throughout the world for the development of the carpet. That’s what most people know it by. But now it’s being known by the idea that everybody in Dalton was a supporter of Marjorie Greene — and they were not.”

Brandyn Parker is a 37-year-old Republican leather worker at a shop downtown. Standing outside the store Thursday with a possum on a leash, Parker said she too is concerned about how Greene’s comments are shaping perceptions of the GOP and the 14th District. Parker voted for Trump in 2016, but skipped the 2020 election because she didn’t feel like she had good choices at the top of the ticket.

“I feel like the things she thinks and says — and of course, the bigger following she has — that makes people think that everyone in the Republican Party feels and thinks that way when it’s not true,” said Parker. She added that she didn’t understand Greene’s invocation of Nazi Germany. “Wearing a mask is not anything compared to the Holocaust.”

Wayne White, a retired conservative who voted for Greene in November even though he did not support her during the GOP primary, said the Georgia congresswoman’s comments were “just not appropriate.”

“I don’t think anybody should be comparing anything for the Nazis and the Holocaust. It’s different worlds,” White said during an interview in Rome, Georgia, hours before Greene’s rally. “She has been ineffective, and she’ll continue to be ineffective as long as she is as controversial as she is. She doesn’t garner support of other Republicans.”

Greene’s controversies create problems for GOP nationally and in Georgia

But Greene also has plenty of defenders within the Republican base — despite her past embrace of QAnon and other conspiracy theories, racist and Islamophobic rhetoric, and past Facebook comments and videos unearthed by CNN’s KFile in which she indicated support for executing prominent Democrats.

The freshman congresswoman, who is attempting to carry Trump’s banner of grievance while weaponizing his no-apology tactics, won her seat in 2020 after defeating neurosurgeon John Cowan in the GOP runoff after they both finished in the top two of a nine-person primary. Her Democratic opponent dropped out of the general election in September citing “personal and family reasons.”

In the few short months she’s been in Congress, Greene has created major headaches for her party, not just by lobbing her inflammatory criticisms at Democrats, but also by undermining Republican leaders in the GOP conference.

Republican strategists both nationally and in Georgia worry about how her off-the-cuff remarks, as well as the attention to her embrace of violence and conspiracy theories, continually send other GOP politicians skittering off message as they are forced to answer for her fringe theories and opinions.

Over the past week, Greene has defended her comparisons between the mask-wearing policies on the House floor and the Nazis, insisting she is simply saying aloud what “regular people say at home at their kitchen table.” Though House Republican leaders eventually condemned her remarks — with Minority Leader Kevin McCarthy calling them “appalling” — she has doubled down.

During her Thursday rally with Gaetz, she went a step further by comparing the Democratic Party to Nazis during a tangent about the Biden administration’s economic aid policies.

Greene has been one of the fiercest defenders of Trump’s lies that he won the 2020 election — and her presence with Gaetz in Dalton was meant to show their support for the continuing challenges to Georgia’s results even though there is no widespread evidence of voter fraud.

But just as Republican voters often excused Trump’s outlandish statements as proof of his authenticity, some voters in this conservative Georgia district praise Greene for her candor.

Robin Deal, who works in human resources and supported Greene in 2020, suggested that the congresswoman’s remarks have been misunderstood.

“I don’t necessarily agree with that statement,” Deal said in an interview in Rome with CNN’s Martin Savidge when asked about Greene’s comparisons between mask requirements and the Holocaust. “But I do agree with her right to say it.”

“I believe that she, like I said, is a representative of the people, she’s speaking as a regular person, not as a politician,” Deal said.

Josalyn Shults, a 41-year-old nurse who voted for Greene and Trump in 2020, said no one should be making comparisons to Nazi Germany, but argued that Greene was raising a legitimate point about mask requirements.

“It does feel like people are getting some of the rights taken away that they’re used to,” Shults said.

Sandra Campbell, another Georgia voter, said she believes Greene and Trump are representative of the “real America.”

“I am a patriot. I love America. People have fought, bled and died for this country. It’s time for people to get back to the real America,” Campbell said. “And Marjorie Taylor Greene, people think she’s outspoken, but she stands for what is right.”

When asked what Greene stands for, Campbell said: “God and country. And that’s what we want for our children, our grandchildren.”

And when asked about Greene’s recent comments comparing mask mandates to the Holocaust, Campbell replied: “Well, you know what, we’re all imperfect, aren’t we?”

Campbell noted, however, that she didn’t know exactly what Greene said about the Holocaust, but said the comparison could be applicable to Covid-19 restrictions and vaccines, which have been authorized for emergency use by the US Food and Drug Administration.

Rome voter Steve Karakos, who is semi-retired but has worked as a construction contractor, was one of many Republicans who expressed misgivings about some of Greene’s remarks — but said he is likely to continue supporting her.

The Georgia congresswoman, he said, is “very outspoken like a pitbull.”

“I think that’s what we need on the Republican side,” he said.

He isn’t comfortable with some of the comments that Greene has made, but that’s unlikely to sway his vote.

“I would probably vote for her again,” Karakos said. “Because the ones who make the biggest noise are the ones just getting heard right now.” 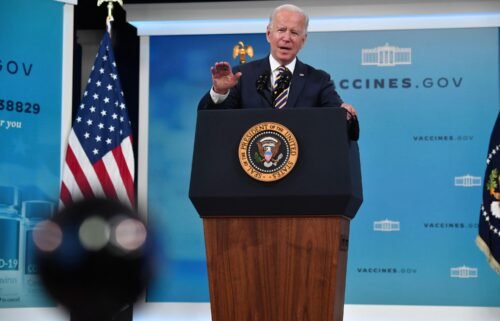 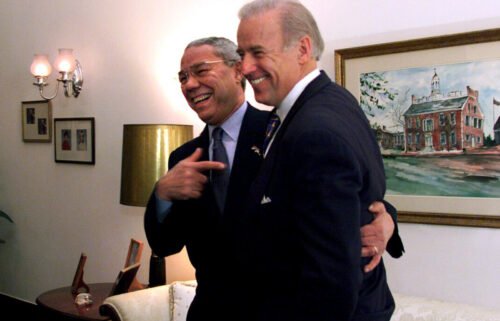 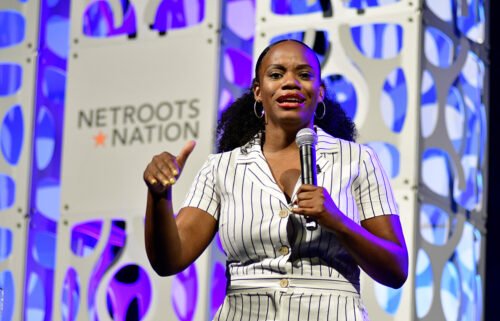 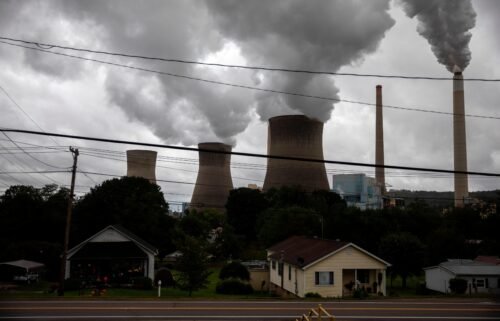