The House is set to vote Wednesday on legislation to establish an independent commission that would investigate the violent insurrection on January 6 at the US Capitol, though it’s unclear as of Wednesday morning how many Republican lawmakers will join Democrats in supporting the bill.

House Minority Leader Kevin McCarthy came out in strong opposition to the bipartisan deal, but GOP sources familiar with the matter said that as many as 40 House Republicans could back the plan — in part because of the 29 GOP members of the bipartisan Problem Solvers Caucus, a group that endorsed the plan Tuesday.

Wednesday’s vote, which comes as some Republicans have tried to downplay the violence that occurred on January 6 and align themselves with former President Donald Trump’s version of reality is still likely to be opposed by most rank-and-file Republicans, after House GOP leaders mobilized against the agreement that had been struck by fellow Republican Rep. John Katko of New York.

The bill is expected to pass through the Democratically controlled House on Wednesday evening. But the margins are an important indicator because just how many House Republicans are willing to buck their party leadership may offer an early signal for how many GOP senators could back the bill. Supporters of the plan will need at least 10 Republicans in the Senate to join all 50 Democrats in the chamber in order to overcome a 60-vote filibuster and pass the bill.

Senate Minority Leader Mitch McConnell said Wednesday he is opposed to the bill but wouldn’t tell reporters if he’d actively whip his fellow Republicans against it. Moderate GOP Sen. Sen. Susan Collins of Maine said Wednesday changes would have to be made to the bill before she could support it.

In the latest sign that House Republican leadership wants the conference united behind McCarthy’s opposition, Minority Whip Steve Scalise’s office sent a letter to members informing them that the leadership was now advocating Republicans vote against the legislation, which was a reversal from GOP leadership’s previous position to not lobby their members on the measure.

With the fate of a January 6 commission soon resting in the hands of Senate Republicans, Senate Majority Leader Chuck Schumer criticized McCarthy’s decision to not support the 1/6 commission bill but promised on Tuesday that the legislation will get a vote in the Senate.

“This shows how difficult it is to negotiate with Republicans. If the Republican leaders are just going to throw their lead negotiators under the bus, why do they even participate in negotiations at all?” Schumer posed. “We’ll see what the House vote is like, but I want to be clear, I will put the January 6 commission legislation on the floor of the Senate for a vote. Period.”

The vote marks an end to a four-month-long stalemate over negotiations, as Republicans and Democrats struggled to agree on the focus and scope of a commission. While Democrats had wanted the commission to focus exclusively on the events leading to January 6, McCarthy and others had suggested that the panel also investigate Black Lives Matter protests of last summer, Antifa, and the death of Capitol Police Officer William “Billy” Evans, who was killed outside the Capitol in April.

House Speaker Nancy Pelosi tapped Homeland Security Chairman Bennie Thompson, a Mississippi Democrat, to work with Katko, who was one of 10 Republicans to vote to impeach then-President Donald Trump, to put together this deal. When Thompson and Katko announced last week that they had reached a deal, McCarthy told reporters he had not read through the proposal or signed off on it, foreshadowing that Republicans were not in lockstep on their position on the legislation.

The bill lawmakers will vote on would create a 10-person commission, with each party getting an equal number of appointments and subpoena power, a key provision that McCarthy had said he wanted early on in negotiations. The legislation tasks the panel with examining “the facts and circumstances of the January 6th attack on the Capitol as well as the influencing factors that may have provoked the attack on our democracy.”

In a statement announcing his opposition to the deal, McCarthy accused Pelosi, a California Democrat, of failing to negotiate in good faith, argued that a commission would get in the way of investigations already underway and said any commission needed to look at episodes of political violence beyond January 6.

“Given the political misdirections that have marred this process, given the now duplicative and potentially counterproductive nature of this effort, and given the Speaker’s shortsighted scope that does not examine interrelated forms of political violence in America, I cannot support this legislation,” McCarthy said.

Pelosi responded to McCarthy’s opposition to the deal in a statement by saying, “Democrats made repeated efforts to seek a bipartisan compromise. But Leader McCarthy won’t take yes for an answer.”

Despite McCarthy’s opposition, Katko told reporters on Tuesday that he still believed the bill was a good deal.

“I appreciate that he’s allowing us to vote the way we want to vote, and I appreciate him respecting the fact that we brought the bill to a good place. And not everyone is going to agree on every bill,” Katko said.

When pressed on McCarthy’s opposition, Katko pushed back, arguing, “I’m not sure he said it was a bad deal, but he doesn’t ultimately support it, and that’s fine. It’s his prerogative, but he’s allowing it to go forward and we are going forward with it. And that speaks volumes of him as a leader.”

Katko said he did not know that he did not have McCarthy’s support when it was first announced that a deal had been reached last week but said, “It doesn’t matter.”

But McCarthy’s opposition has left many rank-and-file Republicans undecided about where they stand.

Rep. Don Bacon, a Nebraska Republican who’s a member of the Problem Solvers Caucus and told CNN he will support the bill, commented on how McCarthy’s opposition to the legislation is affecting members.

“People aren’t sure what they’re doing on this. I think they’re still debating it,” Bacon said.

Several Republicans have echoed McCarthy’s concerns about the narrow scope of the commission in explaining their opposition in the lead-up to the vote.

“The Republican leader wants a broader mandate, which I certainly think is appropriate,” said GOP Rep. Jim Jordan of Ohio. “I don’t know what we are going to be looking at without … looking at the Officer Evans tragedy, so you just never know.”

Rep. Tom Cole of Oklahoma told CNN, “I’m not pleased with what I’ve seen so far,” adding, “though I got to compliment both the chairman and the ranking member. They worked hard, but I’d like to see something more expansive than we’ve seen.”

Republicans who voted to impeach Trump show support for commission

Even though House Republican leadership is encouraging members to vote against the bill, some GOP lawmakers have come out strongly in support of the legislation or at least hinted they are leaning toward getting on board. Over the weekend, Republican Reps. Liz Cheney of Wyoming and Fred Upton of Michigan joined Katko in coming out in strong support of the bipartisan deal.

Rep. Anthony Gonzalez of Ohio, another of the 10 Republicans who voted to impeach Trump, outlined why he is supporting the bill.

“I think it’s necessary just given what actually happened on that day and all the buildup. I think it’s important that you know when the country and the Capitol is attacked that way that we take a full accounting and figure out how to prevent it going forward,” Gonzalez said.

Bacon, in explaining why he will support the legislation, told CNN, “We should know why security was ill prepared and broken that day.”

Rep. Adam Kinzinger, an ally of Cheney who also voted to impeach Trump and has been increasingly critical of McCarthy, also came out in support of the January 6 commission ahead of the vote.

“We cannot let fear stop us from doing what is right. This week, I will proudly vote in support of the bipartisan January 6th commission and hope it is successful in shedding light on the truth,” the Illinois Republican said in a statement.

But the Republican split in the House over the January 6 commission legislation has led to further confusion in the Senate. 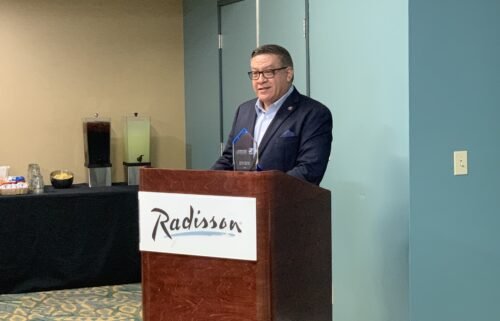 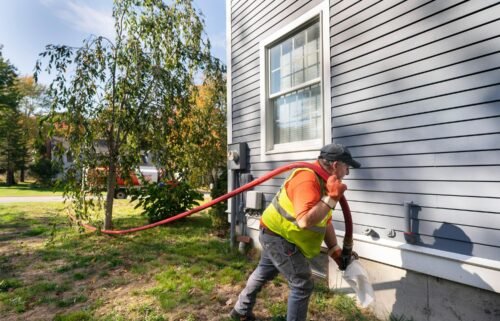 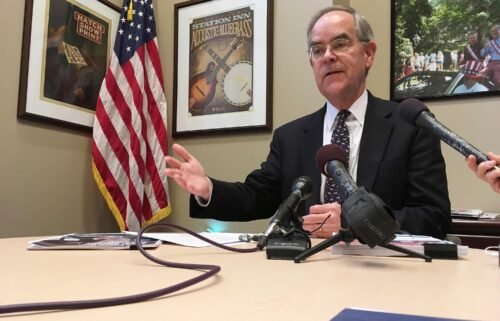 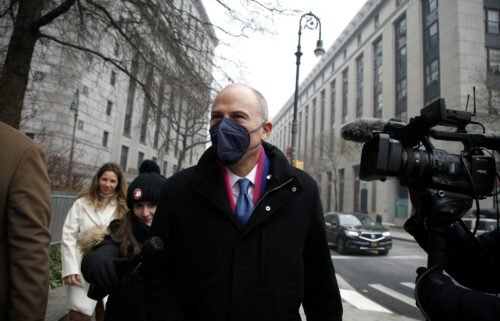