House Republicans could vote as early as Wednesday to replace Rep. Liz Cheney as GOP conference chair, a move that would underscore former President Donald Trump’s firm grip on the party months after leaving office.

Cheney’s refusal to embrace Trump’s election lies, and her rebukes of his role in the US Capitol insurrection, has highlighted a tumultuous rift in a Republican Party grappling with its future without Trump in the White House. New York Rep. Elise Stefanik, who’s less ideologically conservative than Cheney, appears poised to seize the Wyoming Republican’s post.

But even skeptics of Stefanik’s conservative credentials say she’s preferable to Cheney on the most important factor: her loyalty to the former President. The New York congresswoman became one of Trump’s most visible defenders in Congress as part of his 2020 impeachment defense after initially criticizing Trump’s rhetoric during the 2016 campaign and telling voters that she would be an “independent voice.”

One of just 10 House Republicans to vote to impeach Trump in January, Cheney — the daughter of former Vice President Dick Cheney — survived a February vote to keep her leadership position by a wide margin, 145 to 61. But she hasn’t backed down from her criticisms of Trump’s election lies, and her continued arguments that the party should move on from the former President have become too much for House Republicans who see him as a crucial part of their winning coalition.

Cheney, who has no intention of stepping aside, wrote in a fiery op-ed for The Washington Post this month, “We must be brave enough to defend the basic principles that underpin and protect our freedom and our democratic process.”

“Trump is seeking to unravel critical elements of our constitutional structure that make democracy work — confidence in the result of elections and the rule of law. No other American president has ever done this,” Cheney wrote. “The Republican Party is at a turning point, and Republicans must decide whether we are going to choose truth and fidelity to the Constitution.”

Here’s what to watch as the vote approaches:

Leadership gets vocal about Stefanik

While a lot of the strategizing to install Stefanik has happened behind closed doors, House Minority Leader Kevin McCarthy confirmed on Sunday that he’s supporting her for the influential GOP leadership position.

“Yes, I do,” McCarthy told Fox News’ Maria Bartiromo when asked if he supports the New York Republican for the No. 3 role.

Stefanik thanked McCarthy for his support in a tweet later Sunday.

CNN previously reported that McCarthy has been supporting Stefanik to replace Cheney, and the No. 2 member of House Republican leadership, Rep. Steve Scalise, publicly endorsed Stefanik’s bid for the job last week.

The former President also publicly endorsed Stefanik, saying in a statement last week that she “is a far superior choice, and she has my COMPLETE and TOTAL Endorsement for GOP Conference Chair.”

McCarthy’s evolution has been especially noteworthy. Last month, he was asked if Cheney was still a good fit for leadership. He declined to endorse her as he did in February. The California Republican instead said Cheney’s future would be determined by the conference. A House GOP source who had been in contact with McCarthy said the GOP leader had been “furious” at her for weeks amid her comments about Trump.

Last week, McCarthy claimed Cheney’s impeachment vote wouldn’t cost her the job. Instead, he said that she has not done enough to keep the party unified behind a singular message to win back the majority next year. “I have heard from members, concerned about her ability to carry out the job as conference chair, to carry out the message,” McCarthy told Fox News.”

While the GOP support to replace Cheney appears overwhelming, a select few Republicans have made their opposition known — and are likely to continue doing so as the vote draws closer.

Rep. Adam Kinzinger said on CBS News’ “Face the Nation” Sunday that Cheney “is saying exactly what Kevin McCarthy said the day of the insurrection,” alluding to Trump’s responsibility. “She’s just consistently been saying it. And a few weeks later, Kevin McCarthy changed to attacking other people.”

“And so I think what the reality is, is as a party, we have to have an internal look and a full accounting as to what led to January 6th. I mean, right now, it’s basically the Titanic,” the Illinois Republican said.

GOP figures off Capitol Hill have pushed back on the vote too.

“In terms of Liz Cheney, she’s a conservative, she did a vote of conscience and she should not be ousted because of one vote of conscience,” Arkansas Gov. Asa Hutchinson told CNN’s Erin Burnett on “OutFront” of Cheney’s vote to impeach Trump after the January 6 insurrection.

Utah Gov. Spencer Cox raised concerns about the message Cheney’s ouster sends to a party trying to grow. “Well, it shows that we’re very divided as a party, and that’s no secret. I’m not the first person to say that,” he told CNN’s Jake Tapper on “State of the Union” when asked what it means. “But as we talk about broadening the tent and bringing in a new generation of Republicans — we really have to allow for those types of differences.”

Cindy McCain — widow of longtime Republican Sen. John McCain of Arizona — has also warned that the GOP needs to exercise caution as it mulls ousting Cheney.

Asked by CNN’s Chris Cuomo this month for her thoughts on Stefanik, McCain said in part: “We do need to be careful.”

“It doesn’t serve any good if we just oust someone who really is a good representative of the party.”

But even moderate Republican Rep. John Katko, who voted to impeach Trump and was an ally of Cheney, told a local newspaper last week he will back his fellow New Yorker for the job, a clear signal that Cheney’s leadership tenure is coming to an end.

“I have every confidence that Elise will be a superb leader for all of our conference, not just some,” Katko told The Auburn Citizen Friday. “Elise and I came in together and she knows me as well as she knows conservatives. She knows that I have a different type of district than a lot of conservatives.”

Stefanik is expected to address lawmakers in the House Freedom Caucus at their gathering on Monday night after some members raised concerns about her voting record.

During a Wednesday night conference call, multiple members of the far-right Freedom Caucus voiced deep reservations about Stefanik as the consensus choice for Republican conference chair — even as they conceded she has the votes to succeed Cheney.

A House member on the call told CNN the caucus has concerns about Stefanik’s moderate voting record and her uneven stance on a wide range of issues the group prioritizes, including immigration and LGBTQ rights.

Stefanik has signaled to some of her colleagues that if she replaces Cheney, she plans to stay in leadership and as chair of the House GOP Conference only through 2022, wanting to pursue the top GOP job on the House Education and Labor Committee next Congress, according to a source with direct knowledge of the talks.

That assurance could help assuage concerns on the right over her more moderate voting record, though she’s widely viewed as a virtual lock for the No. 3 job when the vote happens.

McCarthy has the power to call for a quick vote that would effectively seek Cheney’s removal from his leadership team. It can be approved by a simple majority of the full House GOP Conference.

If McCarthy doesn’t call for a vote, another Republican could. But there are also special procedures in place to ultimately force another vote, which could take more time.

One path requires 20% of the House GOP conference — 43 members — to submit a petition for a special meeting. They would then schedule that meeting within 10 “legislative” days, or days they’re in session in the nation’s capital.

At the special meeting, the members can then bring up a resolution to remove Cheney. If two-thirds of the conference — 142 members — want, they can immediately vote. Otherwise, the petition would be referred to a committee that can then either report the petition to the conference for a full vote or kill the resolution.

Any leadership vote is a secret ballot cast behind closed doors. 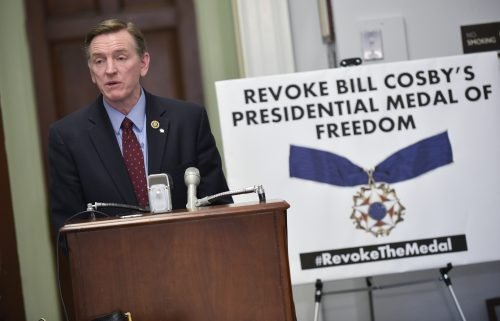 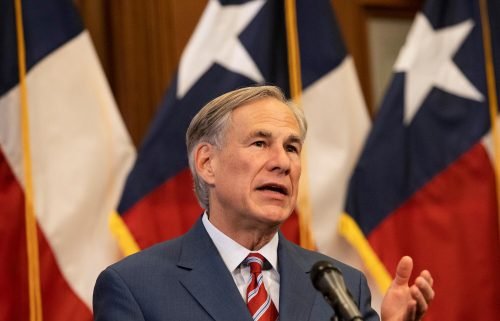