Joe Biden’s swift reversals on raising the nation’s refugee cap over the past 48 hours marked a rare moment of uncertainty for the new President within a carefully choreographed first 100 days — one that underscored the power of progressives to force Biden to change course, even as they face legislative setbacks in a deeply divided Washington.

Biden sought to calm the uprising within his party during brief remarks to reporters Saturday after playing golf in Delaware. The firestorm followed Friday’s news that Biden would sign an emergency determination keeping the current cap on refugees entering the United States at 15,000 this fiscal year, a level set by the Trump administration that is far below historical norms and the 62,500 the Biden administration had proposed earlier this year.

His Saturday remarks followed various clean-up efforts from the administration on Friday, including a late conference call with refugee resettlement advocates, where White House officials signaled the President was likely to raise the cap well ahead of the May 15 deadline they’d set hours earlier, according a person familiar with the matter.

By way of explanation Saturday, Biden hinted at the difficult politics he is facing as his administration attempts to halt the surge of migrants, particularly unaccompanied minors, across the southern border. He inferred that his plans to raise the cap, which he affirmed in a speech in February, had been complicated by what he referred to as the “crisis” on the border “with young people,” uttering a word that his administration has tried to avoid in relation to the influx on unaccompanied migrant children.

Biden’s National Security Adviser Jake Sullivan said on CNN’s “State of the Union” Sunday that the White House has not determined what that number will be, but added that “President Biden’s ultimate target is going to reflect very much his commitment to bringing refugees to the United States to the maximum extent possible consistent with our ability to process them.”

It was a victory for progressives who, along with humanitarian groups, directed a wave of scorn and fury at the President on Friday the likes of which he has not seen during his nearly three months in office.

Despite the Democratic triumphs of winning the White House and control of the US Senate, progressives have watched in frustration this year as many of their key legislative priorities — including voting rights, gun control measures and policing reform — have been stalled by the limitations of a 50-50 Senate and their inability to find the 60 votes that are needed to overcome the filibuster.

Though Biden incorporated many progressive anti-poverty objectives into the Covid relief bill that passed through Congress earlier this year, a provision raising the minimum wage to $15 an hour — a top priority for the left — did not survive. In such a closely divided Senate, the center of the political universe has more often revolved around moderate West Virginia Sen. Joe Manchin, who has played an outsized role in determining the limits of the Democrats’ legislative agenda as he has rejected the pleas of liberal Democrats to overturn the Senate’s supermajority filibuster rules.

Expecting a break from Trump

The notion that Biden would abandon his campaign promise to raise the historically low refugee cap — a move fully within the powers of the presidency — drew fierce blowback, in part because former President Donald Trump’s cap was a symbol of what progressives viewed as the racist and nativist instincts of his administration. Trump often demonized refugees at his 2020 campaign rallies, claiming that he would turn swing states like Minnesota “into a refugee camp.”

Minnesota Rep. Ilhan Omar, who fled civil war in Somalia with her family and lived in a refugee camp before ultimately coming to the United States in the 1990s, tweeted Friday after the initial news that the administration wouldn’t raise the cap that there were “simply no excuses” for what she referred to as a “disgraceful decision.”

“It goes directly against our values and risks the lives of little boys and girls huddled in refugee camps around the world,” she tweeted. “I know, because I was one.”

New York Democratic Rep. Alexandria Ocasio-Cortez reprimanded Biden on Twitter by reminding him that the Democratic coalition that elected him is fragile — and that his vow to “welcome immigrants” led many to vote for him “based on that promise.”

“Upholding the xenophobic and racist policies of the Trump admin, incl the historically low + plummeted refugee cap, is flat out wrong. Keep your promise,” Ocasio-Cortez tweeted.

In a sharply worded statement, Democratic Rep. Pramila Jayapal of Washington, who is the chair of the Congressional Progressive Caucus, said it was “unacceptable and unconscionable” that Biden was going to maintain Trump’s “harmful, xenophobic, and racist refugee cap.” The decision, she added, demonstrated that Biden “has broken his promise to restore our humanity.”

It wasn’t just the far left hitting Biden. Many other Democrats, including Senate Judiciary Chairman Dick Durbin, the No. 2 Senate Democrat, and House Judiciary Chairman Jerry Nadler also slammed the decision. Ultimately, White House press secretary Jen Psaki said Friday afternoon that Biden would set an “increased refugee cap for the remainder of this fiscal year” by next month. But she cautioned that “given the decimated refugee admissions program we inherited, and burdens on the Office of Refugee Resettlement, his initial goal of 62,500 seems unlikely.”

The Biden administration’s equivocation on the refugee cap reflects the heat they are facing about the crisis on the southern border in the middle of a pandemic — and the fear that Americans will conflate the two issues, even though they are distinctly different policy areas.

A Quinnipiac poll released last week showed that just 29% of Americans approve of Biden’s handling of the situation at the southern border, while 55% disapprove. With no immediate solutions in sight, that immigration issue once again looms large for Democrats as they seek to hold onto and grow their congressional majorities in next year’s midterm elections.

White House officials alluded to the linkage between the two issues as the administration backtracked on Friday and Saturday.

Psaki suggested Friday that the Office of Refugee Settlement, which is part of the Health and Human Services Department, currently has limited bandwidth because some officials are working both on the situation at the southern border and on refugee resettlement issues. That argument, however, was rejected by refugee resettlement groups that said they had already been preparing for an increase in arrivals. Unlike migrants arriving at the border, refugees undergo an extensive vetting and clearing process in preparation for entering the United States, and hundreds who had already been approved had their flights canceled because of the delay in raising the cap.

Sullivan said on Sunday that the Biden administration inherited an “absolutely shattered system” to process refugees from the last administration and is trying to fix it. He noted that Biden has already changed the formula set by the Trump administration to allow refugees from Africa and the Middle East to enter the United States, but said the President is “allowing refugees to get on planes today.”

As recently as February, Biden had spoken about his commitment to alleviating the suffering faced by the more than 80 million displaced people around the world, framing it as a moral issue that he planned to confront as President. At that time he said he was approving an executive order that would position the US to raise refugee admissions back up to 125,000 during the first full fiscal year of his administration. He noted that America’s “moral leadership on refugee issues was a point of bipartisan consensus” for decades, including when he served in the US Senate.

“We offered safe havens for those fleeing violence or persecution,” Biden said in that speech at the State Department. “And our example pushed other nations to open wide their doors as well.”

The view that America must take a lead in sheltering the most vulnerable and endangered people around the world is shared by many progressives, who swallowed their disappointments when Biden defeated Vermont Sen. Bernie Sanders in the Democratic primary.

Their vociferous response to the administration’s backpedaling on Friday put Biden on notice that when he can use the power of the presidency to begin restoring America’s image as a humane, tolerant and benevolent force in the world after four years of Trump, they simply aren’t willing to accept the administration’s political excuses or delays — and will hold Biden to the promises he made to win their support.

This story has been updated with comments from national security adviser Jake Sullivan on “State of the Union.” 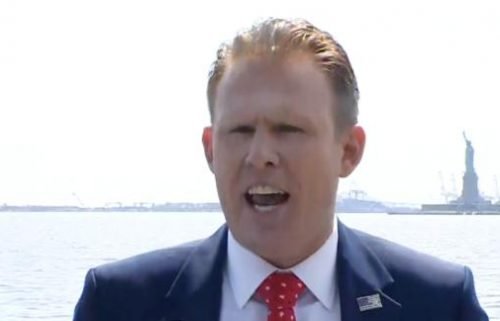 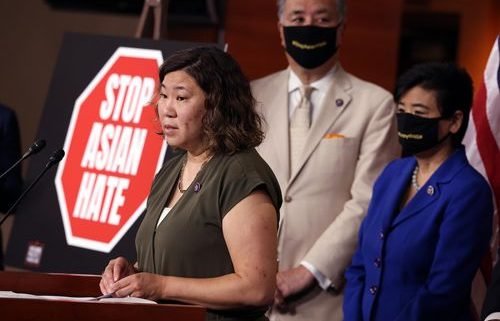 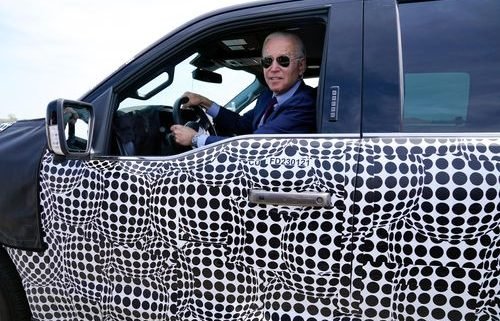 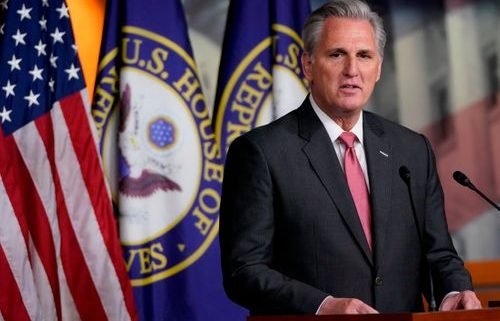