West Virginia Sen. Joe Manchin stalled the passage of the Democrats’ $1.9 trillion Covid relief bill for hours on Friday, as Republicans urged him to support a less generous plan extending enhanced benefits for the unemployed.

The Senate had braced for a series of politically tough amendment votes that will stretch late into the night and into Saturday, the last major hurdle senators face before voting on President Joe Biden’s top legislative priority.

LIVE UPDATES: The latest on the Covid-19 stimulus bill

The long series of amendment votes, known as a vote-a-rama, is a Senate tradition that the minority party uses to put members of the majority on the record on controversial issues in an effort to make changes to a bill that they oppose.

But one planned amendment by Ohio GOP Sen. Rob Portman paused the proceedings before they even really began. The Republican proposal would give an additional $300 per week through July to the unemployed. Democrats had sought to give that amount through September, and also make up to $10,200 of unemployment benefits tax free. The underlying relief bill would extend jobless benefits at $400 per week through August.

While his party leaders urged Manchin to support the amendment backed by the White House, the moderate Democrat signaled Friday afternoon to Republicans that he would back Portman’s plan due to his concerns about the tax-free provision.

In a 50-50 Senate, Manchin’s vote is critical. And at least on jobless benefits, it appears the Democrats don’t have it.

Friday’s amendment votes are already a major test of Democratic unity at a time when Senate Democratic leaders have no margin of error given the 50-50 partisan split of the chamber, where Vice President Kamala Harris is the tie-breaking vote.

Senate Democrats are under pressure to support the relief legislation, which has undergone some major changes in the Senate after the House passed the bill last week. But they split over the first vote Friday to raise the minimum wage to $15 a hour, an amendment introduced by Vermont Sen. Bernie Sanders, and the fight over jobless benefits has brought the floor action to a halt for hours.

Eight senators in the Democratic conference — Jon Tester of Montana, Kyrsten Sinema of Arizona, Manchin, Angus King of Maine, Jeanne Shaheen and Maggie Hassan of New Hampshire, and Chris Coons and Tom Carper of Delaware — opposed the minimum wage amendment, along with every Republican senator.

The measure is on track to fail 42-58, though as of just before 7 p.m. ET, the vote was still open as negotiations continued about scheduling the upcoming amendment votes, including on how long federal enhancements to jobless benefits should last.

The Democrats’ amendment extending benefits through September would be introduced by Carper.

That agreement also would create new tax benefits for people who received unemployment insurance by making the first $10,200 in those benefits not taxable. The intent is to make sure people who received the aid are not hit with taxes on the benefit, which could come as a surprise. The amendment will also include an extension of tax rules regarding excess business loss limitations for one more year. These provisions are new and different than the House bill, which includes $400 a week of benefits through August.

But Republicans are eager to try to exploit any divisions within the majority party. And GOP leaders are growing confident that 50 senators will fall in line behind Portman’s alternative jobless benefits extension through July, according to GOP sources familiar with the matter.

Carper spoke with GOP Sen. John Cornyn about where things stood as the chamber had been stalled for six hours, and the Democratic senator suggested they’re “stuck,” according to Cornyn.

“It sounds like a box canyon,” the Texas Republican said. “I don’t know why you put a bill on the floor and have a vote on something and you didn’t know how the vote is going to turn out. That’s kind of like whipping 101.”

Cornyn added that he’s heard separately that Manchin may vote for the GOP alternative offered by Portman in addition to the Carper amendment. That means both would likely be adopted, but it’s unclear which proposal would take precedence.

Carper refused to comment on where things stood, only telling CNN, “It’s gotta get done.”

Manchin wouldn’t comment on whether Biden has called him — and why the White House didn’t know his position ahead of time. He also wouldn’t say if he would vote for both the Democratic amendment and the GOP amendment — or if there was a third amendment they were working on. Manchin also would not say if he supports the idea of allowing the first $10,200 of jobless benefits to be deducted from an individual’s taxes — a key sticking point.

“There’s too much good negotiation, guys,” he said.

A Democratic senator separately told CNN that Biden had spoken with Manchin on Friday.

The Senate’s marathon effort to pass the $1.9 trillion legislation kicked into high gear Thursday when senators voted to open debate, and in a sign of just how thin Democrats’ majority is, Harris broke the tie advancing the bill. But Republicans opposed to the legislation have been taking steps to draw out the process, starting with forcing the 628-page bill to be read aloud.

Under the protocols surrounding the bill, the Senate had up to 20 hours for debate, followed by the vote-a-rama. However, following the conclusion of the bill’s reading around 2 a.m. ET Friday, Democratic Sen. Chris Van Hollen of Maryland rose to ask for a unanimous agreement that the Senate come back at 9 a.m. ET and when they did, only three hours of debate be had before they moved to the vote-a-rama. Because no Republican stood in the chamber and objected , the motion was agreed to, chopping off 17 possible more hours of debate time.

Senate Majority Leader Chuck Schumer, a New York Democrat, criticized Republican tactics to slow down the process on Thursday, saying that forcing the full reading of the bill “will merely delay the inevitable” and vowing that “no matter how long it takes, the Senate is going to stay in session to finish the bill this week.”

Schumer on Friday thanked the Senate floor staff for the nearly 11 hours of reading the bill, calling them “the unsung heroes of this place.”

“As for our friend from Wisconsin, I hope he enjoyed his Thursday evening,” Schumer said, a reference to GOP Sen. Ron Johnson of Wisconsin who forced the out-loud reading and was not in the Senate when it finished early Friday morning.

Multiple GOP members and aides familiar with the planning told CNN earlier this week that the plan is to try to peel off Democratic members on a few key amendment votes in order to demonstrate differences within the Democratic ranks as well as create some ripe-for-campaign moments that can be made into political ads later on.

Asked how long it could last, Sen. John Thune of South Dakota, the No. 2 Senate Republican, said, “It’s indefinite. You’ve got lots of people who want to offer lots of amendments.”

“On the positive side, it’s a chance to vote on some things that you wouldn’t get to vote on in the normal course of business,” Republican Sen. Lindsey Graham of South Carolina told reporters when asked to sum up the vote-a-rama process for those unfamiliar. “It’s a chance to see how the parties approach a particular issue, the good thing. The other side of the story is, it’s kind of stupid.”

“I think we’ve got very good amendments on the issues of the day,” Graham said. “I’m just focusing on getting the best foot forward in terms of how we would do this differently, what we would do with your money as the American people and what we believe Covid relief should consist of.”

Given the changes the Senate has made to the bill, it will have to go back to the House of Representatives for another vote next week before it can proceed to Biden’s desk to be signed into law. 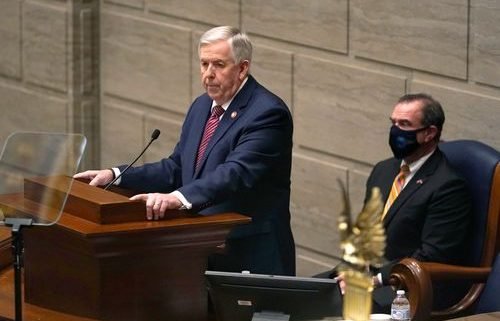 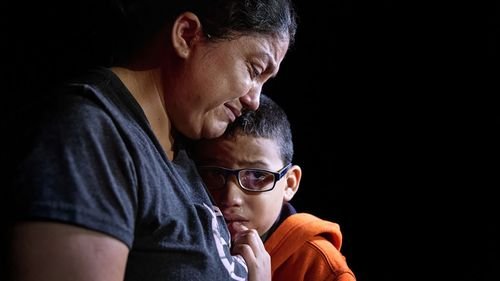