The House voted Wednesday to impeach President Donald Trump for a second time in a swift and bipartisan condemnation of the President’s role inciting last week’s riot at the US Capitol.

The House voted 232 to 197 to impeach Trump exactly one week after rioters forced lawmakers to flee from the very chamber in which they cast ballots in the fourth presidential impeachment in US history — and the first time a President has been impeached twice. Ten Republicans, including the House’s No. 3 Republican, Liz Cheney of Wyoming, joined all Democrats to impeach Trump for “incitement of insurrection.”

RELATED: How each member of the House voted on Trump’s second impeachment

While impeachment won’t force Trump from office — Senate Majority Leader Mitch McConnell has said Trump won’t face his trial until after President-elect Joe Biden is sworn in next week — the vote was a visceral response from lawmakers in both parties furious at Trump after a deadly pro-Trump mob overran Capitol Police, ransacked the US Capitol and put the lives of Vice President Mike Pence and lawmakers in danger last week.

“We know that the President of the United States incited this insurrection, this armed rebellion against our common country,” House Speaker Nancy Pelosi said on the House floor ahead of the vote. “He must go. He is a clear and present danger to the nation that we all love.”

The speed of the vote and the Republican support underscores the fury that lawmakers feel about Trump’s role inciting the rioters who overtook the Capitol, who were fueled by Trump’s months of false rhetoric about the election being stolen from him. Cheney’s statement was cited by impeachment supporters and detractors alike Wednesday after she charged that Trump “summoned this mob, assembled the mob and lit the flame of this attack.”

“There has never been a greater betrayal by a President of the United States of his office and his oath to the Constitution,” Cheney said.

House Minority Leader Kevin McCarthy said Wednesday that Trump “bears responsibility for Wednesday’s attack on Congress by mob rioters,” urging the President to accept his share of responsibility and “quell the brewing unrest.” McCarthy, however, argued the House should create a bipartisan commission instead of impeachment.

“I believe impeaching the President in such a short timeframe would be a mistake,” McCarthy said. “No investigations have been completed. No hearings have been held.”

The division within the Republican Party starkly contrasts the House Democrats’ 2019 impeachment of Trump, when House Republicans were united in opposition. The Republicans besides Cheney voting to impeach Trump on Wednesday were Reps. John Katko of New York, Adam Kinzinger of Illinois, Fred Upton of Michigan, Jaime Herrera Beutler of Washington, Dan Newhouse of Washington, Peter Meijer of Michigan, Tom Rice of South Carolina, Anthony Gonzalez of Ohio and David Valadao of California.

Rice, a Republican from a conservative district who was not expected to vote for impeachment, said in a statement after the vote that it was the President’s response to the riot that led him to cross the aisle.

“The President has not addressed the nation to ask for calm. He has not visited the injured and grieving. He has not offered condolences. Yesterday in a press briefing at the border, he said his comments were ‘perfectly appropriate,'” Rice said.

“I have backed this President through thick and thin for four years. I campaigned for him and voted for him twice. But, this utter failure is inexcusable,” the South Carolina Republican added.

In the Senate, McConnell is not planning to bring the Senate back for a trial before January 19, meaning the trial won’t begin until Trump is out of office and Biden has been sworn in.

The majority leader said in a statement following the vote that a trial could not be completed ahead of Biden’s inauguration even if it started beforehand, and he wanted Congress and the executive branch to spend the next week focused on “facilitating a safe inauguration and an orderly transfer of power.”

In a note to his GOP colleagues Wednesday afternoon, McConnell wrote, “I have not made a final decision on how I will vote and I intend to listen to the legal arguments when they are presented to the Senate.”

McConnell has indicated he believes impeaching Trump will make it easier to get rid of the President and Trumpism from the Republican Party, sources said Tuesday. McConnell is facing a delicate balance — a number of his GOP colleagues have made clear they oppose impeachment and the Kentucky Republican famously loathes anything that divides his conference, according to a source familiar with the matter.

But the source says McConnell is also keenly aware of the moment in history — and the moment for the Republican Party. McConnell’s shift against Trump has been apparent for those watching him closely. He cut off contact with Trump weeks ago and has made clear he has no plans ever to speak to him again.

For House Democrats, the disagreements that divided their caucus on impeachment in 2019 simply never materialized. Democrats quickly coalesced around using impeachment in the final days of Trump’s presidency to serve as a proper response to the President’s conduct and as a way to push for his removal from office before the end of his term, although that scenario looks unlikely.

Pence sent a letter Tuesday saying he would not seek to invoke the 25th Amendment as Democrats had urged, and Trump is not considering resigning.

Pelosi has brushed aside Republican efforts to take a different action, such as censure, in response to Trump’s role in the riot. She named impeachment managers on Tuesday evening, a team of nine Democrats who will be led by Rep. Jamie Raskin of Maryland, ahead of a likely trial not long after Biden is sworn in. House Majority Leader Steny Hoyer said late Tuesday the House would send the articles to the Senate immediately.

Democrats only grew more resolute in their push to impeach Trump over the riot as more information has come out about the attack on the Capitol, including violent images of Capitol Police officers being attacked, and the death of a Capitol Police officer. Wednesday’s vote occurred while thousands of National Guard troops were present every nook of the Capitol complex ahead of next week’s inauguration, and they slept on the floors of the Capitol building the night before the impeachment vote.

After the House vote, Trump released a video statement calling for calm as the threat of new riots — which Trump said he’d been briefed on by the Secret Service — casts a pall over Washington. But he did not mention the historic impeachment that had occurred a few hours earlier.

Trump has showed no contrition for his role in last week’s Capitol riot, railing against impeachment on Tuesday in his first public remarks since the incident. A source close to the President said he’s not considering resigning.

“It’s been analyzed,” Trump said of his remarks last week to the crowd before the riots. “People thought what I said was totally appropriate.”

Wednesday’s impeachment vote will complicate the opening days of the Biden administration, both in his efforts to reach out to Republicans and because the Senate is likely to be tied up with a trial just as Biden is taking office.

In a statement Wednesday evening, the President-elect noted that “it was a bipartisan vote cast by members who followed the Constitution and their conscience,” before turning to the pandemic.

“This nation also remains in the grip of a deadly virus and a reeling economy,” Biden said. “I hope that the Senate leadership will find a way to deal with their Constitutional responsibilities on impeachment while also working on the other urgent business of this nation.”

Biden is still awaiting word on whether the Senate will be able to do an impeachment trial alongside Cabinet confirmation hearings and Covid-19 relief legislation. Aides say Biden and his team are working behind the scenes with Senate Democrats — and House impeachment managers — to keep the impeachment trial as swift as possible, although the length remains an open question.

Both Biden and Schumer have argued that the Senate will try to divide its days, so the Senate can confirm Biden’s nominees and consider Covid-19 stimulus legislation while also carrying out the impeachment trial.

House impeachment managers are just starting to lay out their strategy for the case they plan to bring and are wary about stepping on the first days of Biden’s presidency.

Several managers told CNN decisions have not been made over a key issue: Whether to seek witnesses and attempt to subpoena documents for the trial, which could prolong it.

But McConnell indicating he’s in no rush to bring the Senate back early into session, House managers have more time to begin their strategy sessions.

Raskin told CNN that they are still assessing whether to seek witnesses.

One possible witness is Georgia Secretary of State Brad Raffensperger. The article of impeachment references Trump’s pressure campaign against the official to “find” the votes necessary to overturn Biden’s win in the state.

Asked if Raffensperger would be called as a witness, Rep. Madeleine Dean, one of nine impeachment managers, said she didn’t “want to preview” the case and they were only just beginning organizational meetings.

Democrats, though, seem to be wary about starting the trial on the same day Biden is sworn into office.

“Certainly not,” Dean said when asked if it would be a good idea to start on January 20. “The President and vice president deserve (their day)… We have to restore a peaceful transfer of power which Donald Trump deliberately incited people against.” 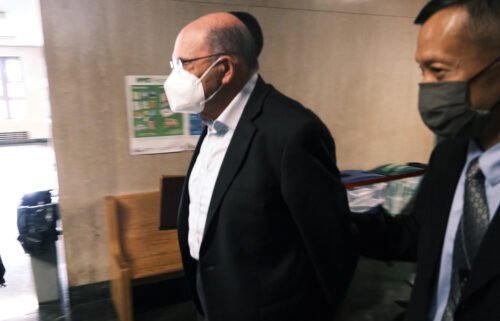 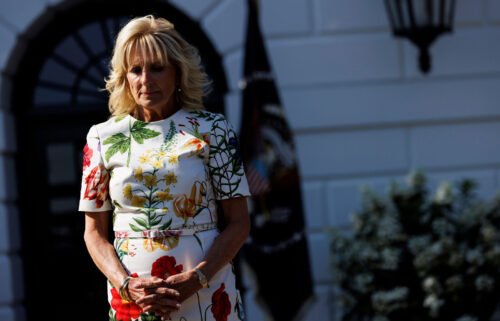 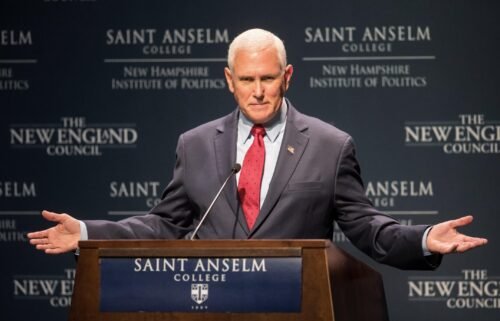 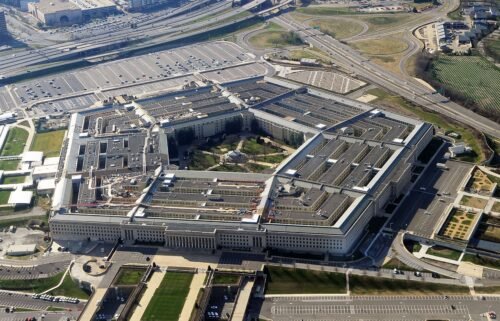