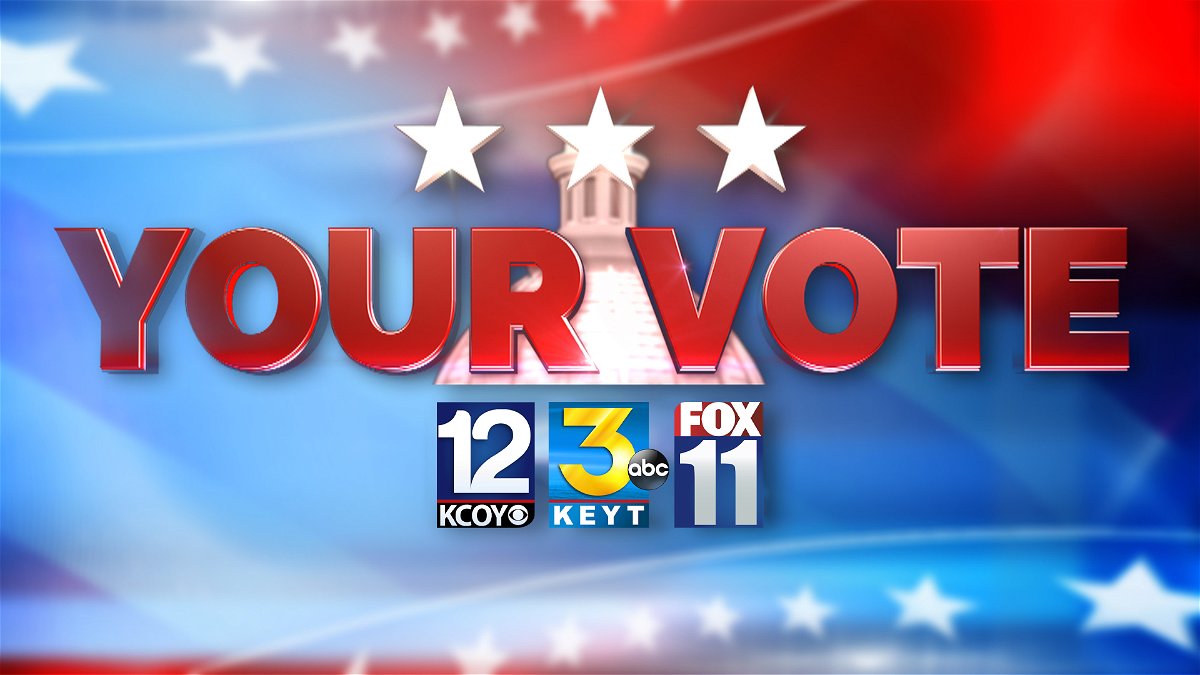 The number of US coronavirus cases surpassed 12 million Saturday — an increase of more than 1 million cases in less than a week.

It’s another horrific milestone in a month full of devastating Covid-19 records in the country. November already accounts for almost a quarter of all Covid-19 cases and 9% of deaths.

Almost every state has reported a rapid surge in cases, and nationwide numbers have been climbing much faster than ever before — with the country reporting a staggering 2.9 million infections since the beginning of the month.

On Friday, more than 195,500 new infections were reported — the country’s highest for a single day, and far beyond what the nation was seeing just weeks ago. The highest number of single-day cases during the country’s summer surge was a little more than 77,100 in July, Johns Hopkins University data shows.

The US on Friday also recorded its highest number of Covid-19 patients in hospitals on a given day: just over 82,100 — according to the COVID Tracking Project.

Rising death rates typically follow rising hospitalizations. In just the past week, more than 10,000 US deaths have been reported — nearly double the weekly death toll of just a month ago.

LIVE UPDATES: The latest on the coronavirus pandemic

The numbers offer just a glimpse at the devastation the pandemic has unleashed across American communities, with some cities ordering mobile morgues to handle the excess deaths, while hospitals in other parts have reported overwhelmed ICUs and exhausted staff.

In Texas, a team of 36 National Guard personnel were sent to El Paso to help the city cope with the surge of Covid-19 deaths, the Texas Division of Emergency Management said Saturday, and El Paso has found a central location for an additional morgue, according to Mayor Dee Margo.

Many are traveling for Thanksgiving despite CDC’s recommendation against it

The virus is still running unabated in the US and the rate of rising cases is now “dramatically” different from what it was before, White House Coronavirus task force coordinator Dr. Deborah Birx told CNN’s Chief Medical Correspondent Dr. Sanjay Gupta.

“This is faster. It’s broader. And what worries me, it could be longer,” she said.

Dr. Esther Choo, professor of emergency medicine at Oregon Health & Science University, said the real case count is likely to be “multitudes” higher than the 12 million reported because not enough people are getting tested.

Choo said she is particularly concerned by how quickly new cases are accelerating.

“So many states have test positivity rates above 20%, which means that we are vastly lagging behind in our confirmed cases,” she told CNN’s Erica Hill.

The Centers for Disease Control and Prevention this week urged against Thanksgiving travel, and against celebrating with anyone outside your own household, because cases are soaring. But health officials suspect many will visit family and friends and further spread the virus — many times, without knowing it.

The CDC says in new guidance this week that more than 50% of Covid-19 infections are spread by people who exhibit no symptoms.

“I would say to those who are homesick…just hold the line,” Dr. Chris Pernell, a public health physician at New Jersey’s Newark University Hospital, told CNN on Saturday. “Hold on a little bit longer until we can get to the point in the nation where we know that the pandemic isn’t accelerating. Otherwise it could be deadly.”

AAA said it anticipates at least a 10% drop from 2019 in Thanksgiving travel — the largest one-year decrease since 2008. But that still would be about 50 million travelers, about 95% of whom would go by automobile, AAA predicted.

“I understand the risk that I’m taking, but I want to see my family,” Yasmine Dehghani, who was flying to Connecticut, said.

With people increasingly getting sick, and others without symptoms seeking reassurance ahead of the holiday, long lines are forming outside testing sites around the country, appointments are filling up, and commercial labs are warning that their capacities are being stretched.

Health experts, however, stress a negative test result will not guarantee a person isn’t carrying the virus to a Thanksgiving gathering, because a test won’t necessarily pick up on fresh infections. An already-infected person could test negative, travel to a dinner days later and then spread the disease.

People who want to attend an indoor Thanksgiving dinner with a different household, experts have told CNN, should have planned to quarantine 14 days beforehand.

“If you do that properly, you don’t need a test,” Dr. Rochelle Walensky, chief of the infectious diseases division at Massachusetts General Hospital, told CNN.

What rising cases and hospitalizations mean for the country

The rising numbers have brought some hospital systems to their knees and prompted state leaders to take action to help curb the spread.

At least 24 hospital leaders warned the American Hospital Association they are experiencing staffing shortages, Nancy Foster, the association’s vice president for quality and patient safety policy, said. Those concerns have been raised in states including Texas, Wisconsin, Illinois, Minnesota and North and South Dakota, all of which have recently seen infections climbing, she added.

And those shortages are hard to fix when pulling from a workforce of health care employees “justifiably experiencing a significant emotional and physical toll due to the impact of the pandemic,” Foster said in a statement to CNN.

And in rural parts of the country, the challenge is often greater.

Of about 2,000 hospitals considered to be rural, about 1,700 have 50 beds or fewer and about 1,300 of them have 25 beds or fewer, according to Tom Morris, associate administrator for rural health policy in the federal government’s Health Resources and Services Administration.

“People in hospitals will not do well when they’re as crowded as they are becoming right now,” Choo said.

California’s governor issued a limited stay-at-home order for the counties in the state’s most restrictive tier, saying nonessential work and gatherings must stop between 10 p.m. and 5 a.m. Minnesota’s governor announced a “four-week dial back,” which among other measures placed new limits on social gatherings and ordered bars and restaurants to takeout and delivery services only.

A statewide curfew went into effect Thursday in Ohio, lasting from 10 p.m. to 5 a.m. The Navajo Nation, which reported its highest number of daily cases Friday, is also currently under a “stay-at-home lockdown” that began earlier this week.

There is good news, too

The good news? Experts say promising vaccines are on the horizon and until then, there are things the American public can do to help hold down the virus.

Those include wearing a mask, social distancing, avoiding crowds and washing hands regularly. The University of Washington’s Institute for Health Metrics and Evaluation projected this week about 65,000 lives could be saved by March 1 if 95% of Americans wore masks.

And according to new research published Friday by the CDC, masks worked to slow the spread of the virus in parts of Kansas. The state’s governor signed an executive order on July 2 that made masks mandatory in public places. The majority of the state’s counties opted out of the order, but about two dozen opted in or created their own mask mandate.

The CDC and the Kansas Department of Health and Environment looked at case trends the month before the mandate and for the month after the mandate and found that in the 24 counties that required people to wear masks in public, there was a net decrease of 6% in cases. Meanwhile, in counties without the mandate, the disease continued to surge, with a net increase in cases of about 100%.

And soon, there could be more reinforcements in the battle against Covid-19.

The US Food and Drug Administration on Saturday authorized Regeneron’s antibody cocktail to treat Covid-19 in high-risk patients with mild to moderate symptoms. It is one of the treatments President Donald Trump received when he was hospitalized.

On Friday, Pfizer and BioNTech submitted an application to the FDA for emergency use authorization for their Covid-19 vaccine candidate. Earlier this week, Pfizer said a final analysis of the Phase 3 trial of the vaccine showed it was 95% effective in preventing infections, even in older adults, and caused no serious safety concerns.

While the application for EUA is “encouraging,” the Infectious Diseases Society of America stressed Friday that a transparent review of Pfizer’s data is still needed.

And if the vaccine is given the green light, “clinical trials and data collection must continue,” Dr. Barbara Alexander, president of IDSA, said in the statement.

“Measures that include wearing masks, frequent hand washing, maintaining physical distance and restricting the size of gatherings will remain crucial,” the statement said. “Finally, new federal funding must be provided for widespread, fair and equitable vaccine distribution in addition to campaigns to build vaccine confidence.” 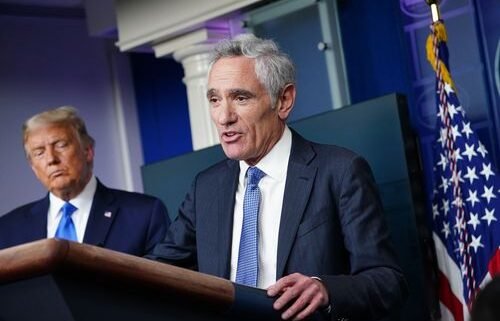