A strong upper-level high pressure that has been causing the excessive heat across the central US this week will impact the most populous parts of the country by Thursday and Friday.

Over 100 million Americans have been under heat alerts for eight of the last 16 days, according to NOAA’s heat.gov site and now the heat will build eastward through the end of the week.

More than 80% of the US population will experience temperatures over 90 degrees within the next week, including the Mid-Atlantic and Northeast. Heat indexes, the apparent temperature of your skin when humidity is factored, will range from 95 to 100 degrees for NYC and up to 105 degrees for Washington, Baltimore and Boston. Adding to the misery, overnight lows will struggle to drop below 75-80 degrees, limiting the body’s ability to cool off at night.

Boston mayor declares a heat emergency for the city

Mayor Michelle Wu declared a heat emergency for Boston lasting from Thursday through Sunday ahead of a four-day stretch with sizzling temperatures in the Northeast heading into the weekend.

The National Weather Service (NWS) issued a heat advisory for Boston that will start Thursday at 11 a.m., according to a tweet Monday. The heat index in the Boston area is expected to cross into triple-digit temperatures Thursday and Friday, reaching as high as 104 degrees Fahrenheit Thursday and 101 degrees Friday, according to the NWS.

The heat index will dip back down into the 90s during the weekend with forecast highs of 94 and 99 degrees on Saturday and Sunday, respectively.

“We’re working quickly to make sure all of our Boston residents and families are protected during this week’s extremely hot weather,” Wu said in a release Wednesday. “I urge everyone to stay cool and safe and check on your neighbors during the week.”

The release states that 16 cooling centers will open from 9 a.m. to 5 p.m. through Sunday at Boston Centers for Youth & Families (BCYF) locations, where mask-wearing is “strongly recommended” due to rising Covid-19 cases. Pools will also be available at some of the BCYF community centers, according to the release.

Public library locations will also offer cool spaces in addition to splash pads, and outdoor water play areas, which will be available at Boston parks and playgrounds, the release states.

City officials are distributing “pop-up cooling kits” with a hose, misters and a tent to community organizations hosting public events this summer as part of ongoing heat relief efforts, according to the release. 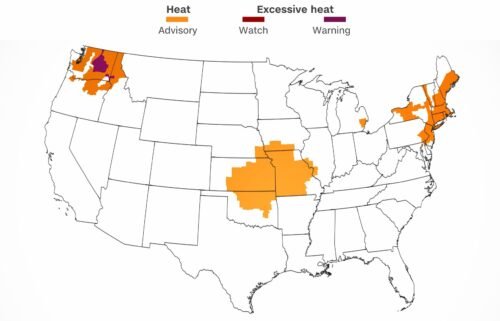 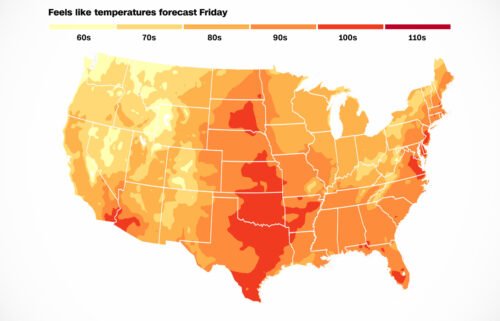 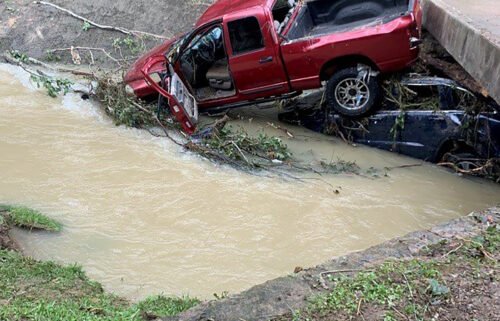 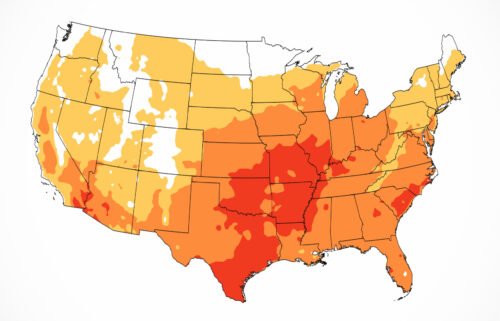