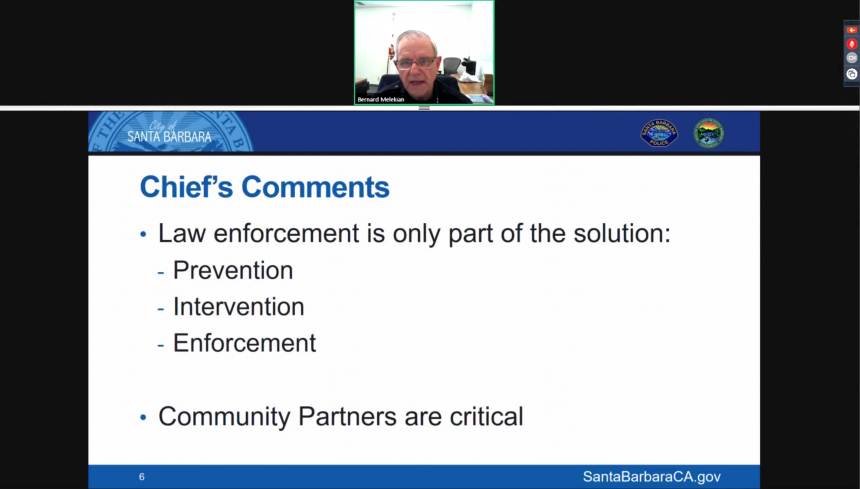 On Tuesday Santa Barbara’s City Council addressed the rise in gun violence. Santa Barbara Police Chief Bernard Melekian led the meeting’s special guest presentations. He said this year has been a tragic one already due to the rise in violence.

Ricardo Venegas with Santa Barbara’s Parks and Recreation Department said the city has a youth apprentice program. The program is two decades old and has helped 420 people. He said the goal is to help youths to extricate themselves from the criminal justice system. And also give them more job opportunities they normally wouldn’t see. He said 20 of those 420 past apprentice program members went on to get full-time jobs in the city.

Another program was just created and aimed at 6th to 9th graders on Santa Barbara’s Eastside. The goal is to give them a positive outlet and make them feel safe. Many of those already in the program were either witnesses to or knew those involved in the recent violence.

The meeting also took public comment. During that time residents talked about defunding the police to reallocate their funding for Santa Barbara’s underprivileged communities. Among the most brought up idea was guaranteeing a living wage and helping Santa Barbara’s poorest be food secure.

Santa Barbara’s city budget is coming up soon. And public commenters said they will be watching how the city allocates its funds.