SANTA BARBARA, Calif. — Although the coronavirus pandemic has canceled this year’s Parade of Lights, city officials weren't allowing it to cancel the holiday spirit.

In years past, the Santa Barbara Harbor would be packed with people watching boats and fireworks.

This year, that couldn’t take place because of crowding concerns.

However, the Santa Barbara Waterfront Department wanted to keep a 35-year tradition alive.

"We were looking for some way that we could make people smile for just a little bit,” Santa Barbara Waterfront public information officer Chris Bell said.

So instead, they came up with the creative idea.

Hosting a Virtual Vessel Holiday Lights Contest, a decorations competition for any boat docked within the Santa Barbara Harbor.

"Because of what's going on right now in the world, we want to bring some light to the harbor,” Santa Barbara Yacht Club commodore Garry Pawlitski said. “Share it with everyone."

Last week, city staff visited all participating vessels in their slips and photographed each entry.

Amber Noelle bought her boat back in March and decided to partake in this year’s festivities.

"People continue to tell me how happy they were passing by,” she said. “So I decided to really go all out."

Residents were able to judge up until this morning, voting on four separate categories (Power, Sail, Commercial Fishing and Commercial Other).

This year’s event has no theme.

“I probably have about 700 feet of lights on this boat by the time you go up and down the mast,” Pawlitski said.

One surprise for the Waterfront Department was an unsolicited sponsorship from T-Mobile.

We're taking that money and using it to buy gift certificates from Santa Barbara Harbor and Stearns Wharf businesses."

Even during this tough time, the contest brought back holiday spirit in the harbor.

"People can't even go to Disneyland right now,” Noelle. “To see all these lights and festivities is really improving the community’s morale.”

"Everybody was really grateful to have this tradition continue,” Bell concluded. Even though it's a little different this year, it was a really neat atmosphere." 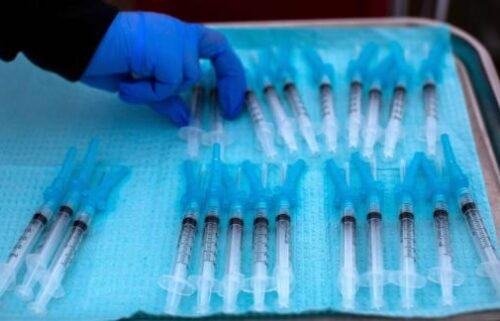