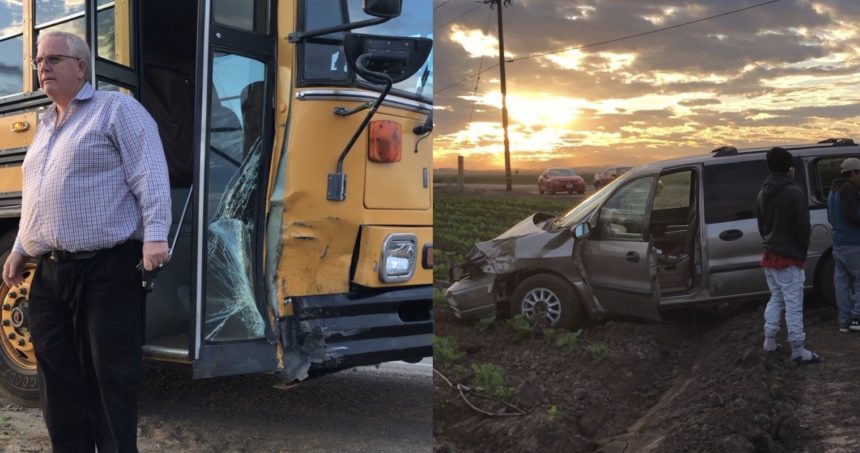 SANTA MARIA, Calif. - The California Highway Patrol is investigating the cause of a traffic accident involving a school bus and a minivan in Santa Maria.

The crash was reported around 6:30 a.m. at Betteravia Road and Brown Road. The bus had no children inside at the time of the crash and the driver of the bus was not hurt.

"The bus was ours," said Kenny Klein the public information officer for the Santa Maria Joint Union High School District. "It was not occupied. No injuries on our side. It was en route to pick up."

Several passengers and a driver were in the minivan, which was pushed off the roadway and into the agriculture fields next to the street. One passenger was complaining of pain. But those injuries only being described as minor.

The accident has been cleared from the roadway.