SANTA BARBARA, Calif. -- Santa Barbara City firefighters knocked down a small brush fire on the side of Highway 101 on Friday morning.

On Friday at around 9:07 a.m., firefighters responded to reports of flames alongside Highway 101 near the Las Positas offramp in Santa Barbara.

Those firefighters responded and found the small fire between the Highway and Calle Real. It was put out in just five minutes.

Crews are still on scene mopping up the area.

The cause of the fire is under investigation. Similar fires along Highway 101 have been caused by homeless encampments.

No one was injured and no structures were threatened. 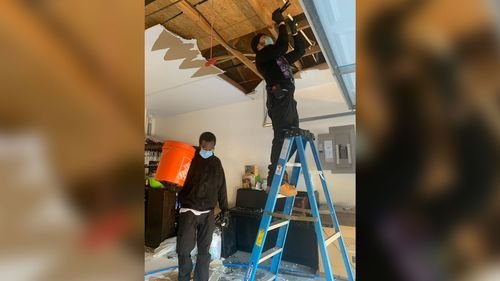