The format for this specific set of profiles was somewhat skewed as incumbent candidate, Paula Perotte, was under the weather and did not appear on camera.

Goleta City Councilman Roger Aceves explained why he is challenging the incumbent mayor.

"My original idea was because our city's going in the wrong direction," Aceves said.

And that was before the COVID-19 pandemic.

Aceves is no stranger to local politics and is vying for a third stint as mayor of The Goodland.

In 2009, the former mayor was chosen from the council; Aceves' first term was during the last recession.

"So here we are again in 2020 with the same issues," Aceves said. "We've frozen 12 positions, so we're not hiring. We've cut back expenses like you wouldn't believe but that's just the beginning."

Incumbent Mayor Paula Perotte is the city's first elected mayor following three appointed terms. While she would not go on camera for this story, she previously responded to our Candidate Survey and reiterated those points over the phone.

"I'm running to keep us on our upward trajectory while overcoming the economic and social challenges posed by Covid-19," Perotte said.

Fiscal responsibility during and after the crisis is a key priority for both. Perotte supported a new one-cent sales tax; Aceves did not.

"We are carefully monitoring city revenue impacts, and making budget adjustments, such as a hiring freeze," Perotte said. "We are committed to ensuring that our core city services will continue to be delivered effectively and efficiently."

Aceves points to what's worked well for Goleta since establishing cityhood 18-years ago and, what hasn't.

"The one thing that's consistent is we've always understood is to live within our limited resources," Aceves said. "What's gone bad is we don't take care of the basics."

His "basics" list includes a lack of road maintenance -- specifically along Cathedral Oaks -- as well as infrastructure, parks, police and fire response.

Perotte sees many of the city's challenges as regional.

Both look to improving emergency response. The city is in the process of building a new fire station on the westside which will dramatically quicken response time there.

"You'll see new start ups, new businesses, be it restaurants," Aceves said. "We're gonna make it easier for the busses to get down there to get UCSB students in and out. It'll be a destination place."

Perotte cites public safety among top issues most important to her.

"I'm especially honored to be endorsed by and working closely with both the Santa Barbara Firefighters and the Santa Barbara Deputy Sheriffs," Perotte said. "Other aspects of public safety I'm focused on addressing include safe air, water, traffic and threats to the environment."

Both see growth as a major hot-button issue.

"I'm committed to providing leadership in preserving our community character, protecting our environment, getting our infrastructure, especially water and road capacity in line with Goleta's recent growth," Perotte said.

Aceves sees himself as a "fiscal hawk."

"It's that leaderhip I've been able to provide in the past and look forward to providing it again," Aceves said. "I just need people to vote for me on November third."

Perotte sees herself successfully balancing the needs of both residents and local businesses.

"I'm committed to protecting and preserving the character of Goleta's neighborhoods and environment, managing growth and its impacts now and for future generations."

Both Perotte and Aceves were invited to take part in our 2020 NewsChannel Voter Guide. 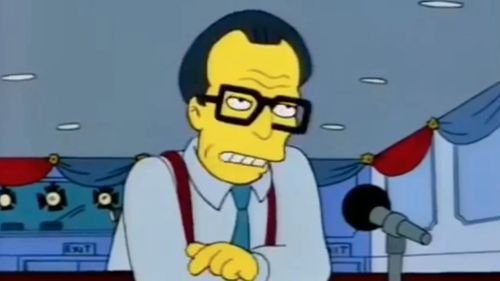