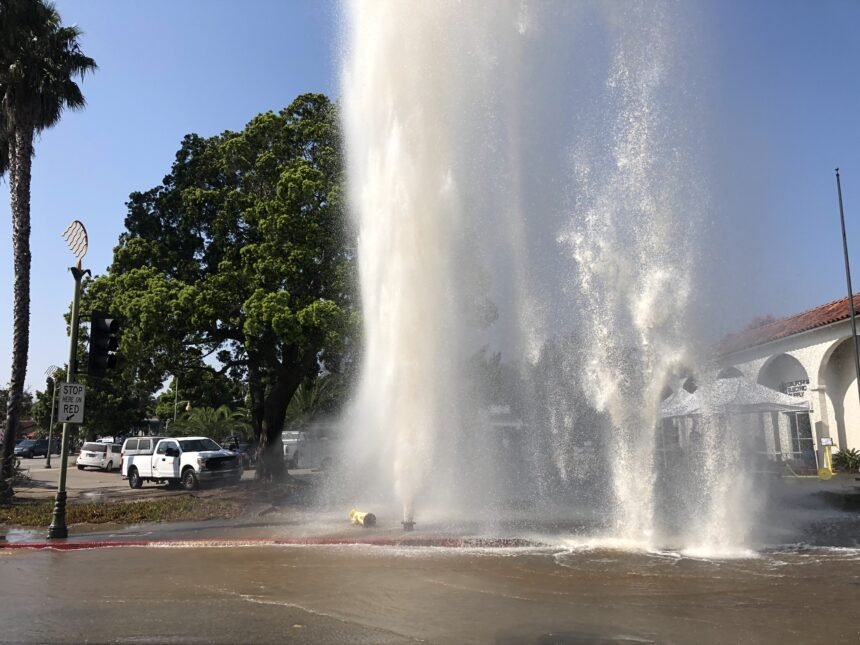 According to officers on scene, a white pickup truck was trying to turn and cut it too close and hit the side of the hydrant.

A reporter on scene said the water was spewing up to about 40 feet in the air.

The water flowed for about 15 minutes. More than 20,000 gallons of water gushed out of the hydrant before it was shut off.