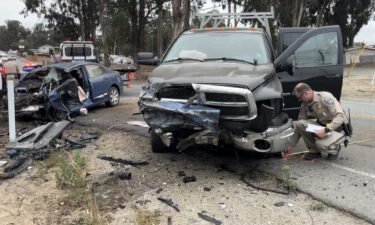 Crews received reports of a vegetation fire in the area of Riverbank Lane around 1:40 a.m. on Wednesday, according to Battalion Chief Jay Enns.

Arriving crews reported about one-quarter of an acre burning within the Salinas River with difficult access, Enns said, adding that fortunately, the city's newly-purchased Type 3 fire engine was able to drive to the edge of the fire within minutes.

"The quick access allowed fire department personnel to keep the fire from growing exponentially, while directing additional resources in for reinforcement," Enns said.

The fire was contained at a half-acre.

The cause of the fire was deemed to be caused by an unattended fire within a homeless camp in the area, Enns said.