MORRO BAY, Calif. -- Three suspects were arrested after stealing a tip jar at a local Morro Bay market on Thursday.

On Thursday at around 4:50 p.m., a woman exited a car and stole the tip jar from the service window at Giovanni's Fish Market before fleeing to a waiting car.

On Saturday, Morro Bay police began an investigation after a tip about the car being spotted parked at El Chorlito Restaurant in San Simeon.

Police identified the suspects, a 21-year-old woman, a 23-year-old man, a 42-year-old man and another woman, who was not charged. All were from Tulare County.

During the contact, both the 23-year-old and 42-year-old man attempted to run from police but they were captured shortly after.

Officers say they found the stolen tip jar in the suspects' car.

The 23-year-old man was also a parolee at large.

All three were booked into the San Luis Obispo County Jail.

Anyone with further information into this crime or similar incidents is encouraged to contact the Morro Bay Police Department at 805-772-6225. 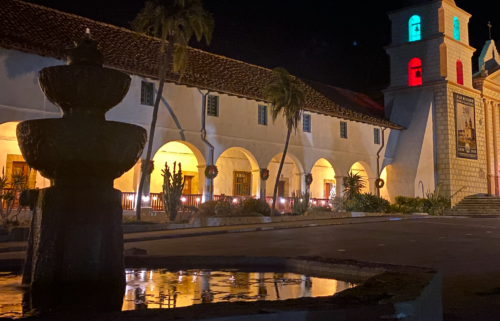