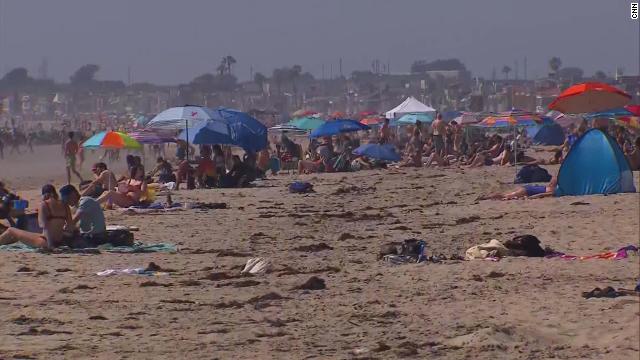 On Wednesday night, a memo sent to the California Police Chiefs Association telling the association to begin preparation for closures of all beaches in California.

Cunningham says the decision to close beaches would be "absolutely wrong". The Assemblyman says, "There is no science and no data that backs this decision up or explains its rationale."

Over the weekend, Southern California saw a large number of beachgoers in Orange County and Ventura County despite the social distancing and shelter-at-home orders due to the COVID-19 pandemic.

Governor Gavin Newsom called the turnout an example of “what not to do” if the state wants to continue its progress fighting the coronavirus.

While many beaches and trails throughout the state have been closed for weeks, others have remained open with warnings for visitors to practice social distancing and recently, more have reopened.

“According to our local public health officials, beaches on the Central Coast have been properly managed and folks are maintaining their social distancing. The decision may not even be constitutional, as Article X, Section 4 of the California State Constitution guarantees the public's right to access to coastline. Public health officials agree that outdoor recreation is necessary and good - especially in times of stress and crisis. We need opportunities to recreate. Don't punish the entire state because beaches in Southern California may have been too crowded – a report Southern California officials even dispute.”

Governor Gavin Newsom will speak at noon about his decision.