A lawyer who represented Tara Reade, the woman who has accused Joe Biden of sexually assaulting her in 1993, announced Friday that Reade is no longer his firm’s client.

The news came as California defense attorneys and a district attorney’s office said they are reviewing past criminal cases in which Reade testified as an expert witness, following a CNN report that questioned her education credentials.

Doug Wigdor said the decision to no longer represent Reade was made on Wednesday, the day after CNN published an extensive investigation about Reade’s background and past statements. In the report, CNN first revealed problems with Reade’s claim that she received a Bachelor of Arts degree from Antioch University in Seattle; the school denied to CNN that she ever graduated from the university.

Wigdor had sent CNN a lengthy statement on Monday responding to numerous questions related to the story. However, Reade directly contacted CNN on Monday night to discuss the issue of her degree from Antioch, telling a CNN reporter that she had asked for and received permission from Wigdor to reach out directly.

“Our decision, made on May 20, is by no means a reflection on whether then-Senator Biden sexually assaulted Ms. Reade,” Wigdor said in a statement. “We also believe that to a large extent Ms. Reade has been subjected to a double standard in terms of the media coverage she has received. Much of what has been written about Ms. Reade is not probative of whether then-Senator Biden sexually assaulted her, but rather is intended to victim-shame and attack her credibility on unrelated and irrelevant matters.”

Wigdor said his firm wishes Reade well and hopes that she will be treated fairly.

On behalf of Reade, Maria Villena, a friend who handled media inquiries on Friday, told CNN Reade is “seeking new counsel with PR support,” and that she does not wish to make a public statement at this time.

Reade “stands by her interview with Meghan (sic) Kelly,” Villena said in an emailed statement.

Reade alleges that in 1993 when she was working as an aide in Biden’s Senate office, the then-senator sexually assaulted her. Biden himself has vehemently denied Reade’s allegation.

Wigdor, a prominent sexual harassment and assault lawyer, announced that his firm was representing Reade earlier this month. He has represented accusers of Harvey Weinstein, and was a vocal supporter of Christine Blasey Ford when she accused Supreme Court Justice Brett Kavanaugh of sexual assault. Wigdor supported President Donald Trump in the 2016 election.

Wigdor previously told CNN that Reade wasn’t paying his law firm and that he didn’t “anticipate ever getting paid for anything.”

Wigdor is parting ways with Reade as many aspects of her background have come under scrutiny in light of her allegation against Biden.

On Monday, Reade had told CNN that she received a bachelor of arts degree from Antioch University in Seattle under the auspices of a “protected program,” personally working with the former president of the school to ensure her identity was protected while she obtained credits for her degree. She also said that she was a visiting professor at the school, on and off for five years.

But a spokesperson for the university told CNN that Reade “attended but did not graduate from Antioch University” and that she was never a faculty member, but she did provide several hours of administrative work.

An Antioch University official also told CNN that such a “protected program” does not exist and never has.

Reade graduated from Seattle University School of Law in 2004, gaining admission to the school through its Alternative Admission Program.

Two California lawyers said they are concerned over inconsistencies in her education credentials and that her testimony may have improperly influenced the outcomes of their trials.

“This could affect innocent people that got convicted,” defense attorney William Pernik, law partner of Roland Soltesz who represented a defendant in a case where Reade testified as an expert witness, told CNN.

Reade participated in cases in Monterey County courts for “probably a decade or more” as a government witness on domestic violence, according to Monterey County Chief Assistant District Attorney Berkley Brannon. Reade had testified in a 2018 trial that she received a liberal arts degree with a focus on political science when she was asked questions about credentials presented on her resume, according to court documents.

Defense attorneys William Pernik and Roland Soltesz became concerned after CNN first reported about discrepancies in Reade’s education background. CNN’s report combined with a local profile of Reade as a domestic violence expert witness in Monterey County under the name Alexandra McCabe caused Soltesz and Pernik to realize that Reade may have misstated her credentials under oath, the attorneys told CNN.

Reade also told the court that she worked in domestic violence prevention for decades, starting off as a legislative assistant in Biden’s office when he worked on the Violence Against Women Act, according to a trial transcript. Reade was a staff assistant in Biden’s office, according to a congressional staff list at the time, which is a different position.

Reade told CNN that she did not misrepresent her credentials and that she does have a bachelor’s degree.

Soltesz told CNN he believes Reade’s testimony significantly swayed the outcome of that 2018 trial in which his client received a life sentence for attempted murder, arson and armed robbery. He is now looking to reopen the case and considering additional action he can take to learn the true nature of Reade’s credentials. 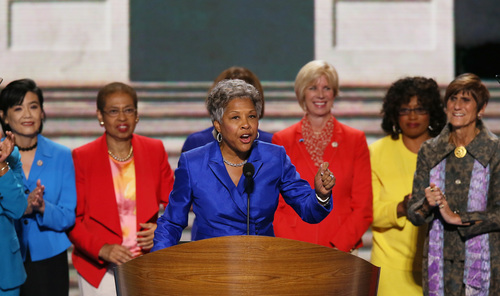