Maryland Gov. Larry Hogan said Monday he has signed an executive order closing non-essential businesses in the state to help mitigate the spread of the coronavirus, a move that further adds to the Republican governor’s aggressive approach to the pandemic as Democratic governors enact similar measures.

“This morning, I have enacted an executive order which closes all non-essential businesses, establishments, and facilities in Maryland, effective at 5 o’clock today,” Hogan said at a press conference in Annapolis.

Hogan said that he was encouraging people in the state to stay at home but that he is not issuing a directive to shelter-in-place, which has been announced in a number of other states led by Democratic governors, including California, Illinois and Michigan.

“However,” he said, “we are telling you, unless you have an essential reason to leave your house, you should stay in your homes.”

The state of Maryland has been one of the more proactive states in the nationwide effort to mitigate the spread of the coronavirus, which has already infected just shy of 300 people in the state and caused three deaths there as of Monday morning, according to CNN’s tally.

In early March, Hogan declared a state of emergency after several cases were reported in the state’s Montgomery County. The move came after similar declarations were made by Democratic Govs. Gavin Newsom of California and Jay Inslee of Washington, two states that have been hot spots for the virus.

Following his declaration, Hogan ordered the temporary closing of all K-12 schools in the state until March 27. Schools in other cities and states have also temporarily closed.

And last week, Hogan announced the state was postponing its presidential primary from April 28 to June 2, saying that holding an election “would put Marylanders at risk, especially the poll workers and election judges, most of whom are retirees and in the most vulnerable population.”

All of Hogan’s moves come as the Trump administration, from the White House in neighboring Washington, DC, has been slow in their response to the pandemic.

President Donald Trump has been slow to invoke his powers under the Defense Production Act to compel companies to produce much-needed medical supplies, and he has at times appeared to center his attention on the economy and stock market as opposed to other things impacted by the pandemic.

As Hogan focused on announcing the closing of some businesses in the state on Monday, Trump and some of his top officials are growing more anxious with social distancing guidelines put in place to combat the coronavirus, sources close to the White House effort told CNN.

One senior official said the President is losing patience with the period of national self-isolation that has frozen the US economy.

Still, though, as Trump grows anxious, Hogan as well as other governors across the country continue to push forward with drastic policies and suggestions aimed at curbing the spread of the virus.

Michigan Democratic Gov. Gretchen Whitmer on Monday ordered people to stay home unless they are critical workers. The order goes in to effect at 12:01 a.m. Tuesday. The order will last for the next three weeks and allows for some exceptions, like leaving your home to exercise.

In Massachusetts, Republican Gov. Charlie Baker announced Monday that he is closing non-essential businesses and advising people to stay home, though he is also not ordering residents to do so. The order closing non-essentiial business will go into effect on Tuesday and run until April 7. 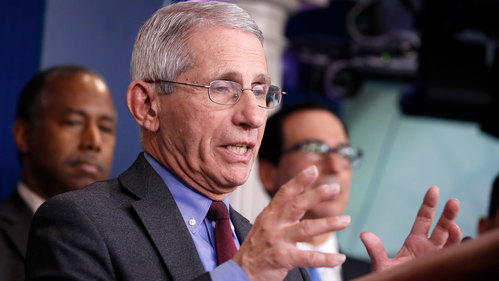 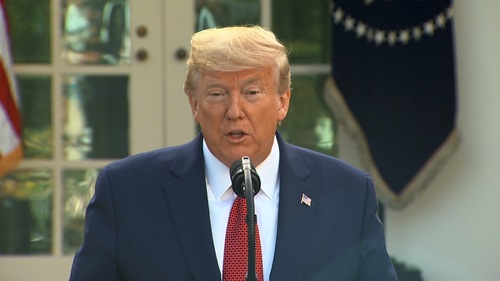