With Speaker Nancy Pelosi poised to transmit two articles of impeachment out of the House, the Senate is getting ready for a trial to start next week.

Senate Majority Leader Mitch McConnell told reporters on Tuesday that the Senate impeachment trial will likely begin a week from now with preliminary steps taking place in the coming days given that the House is set to vote to send the articles of impeachment and appoint House managers to present the case against the President on Wednesday.

“The House is likely to finally send the articles over to us tomorrow and we’ll be able to, we believe, if that happens in all likelihood go through some preliminary steps here this week, which could well include the Chief Justice coming over and swearing in members of the Senate and some other kind of housekeeping measures,” McConnell said. “We hope to be able to achieve that by consent, which would set us up to begin the actual trial next Tuesday.”

McConnell walked his conference through what they can expect to see in the Senate resolution during Tuesday’s policy lunch, according to a Republican senator who spoke to CNN on background to avoid sharing internal party deliberations.

McConnell told reporters Tuesday afternoon that there is “little or no sentiment” for the motion to dismiss the articles against Trump within the Republican conference, and the member told CNN that their impression was that such a motion is unlikely to be included in the organizing resolution. However, that does not mean a senator won’t try to force a vote on it once the trial begins.

GOP Sen. Richard Burr of North Carolina said that he has seen the resolution and the initial version does not include a motion to dismiss. Republican Sen. Mitt Romney of Utah also said the resolution was discussed at lunch, adding that McConnell laid out how the Senate plans to follow the model used during former President Bill Clinton’s trial.

GOP Sen. Kevin Cramer of North Dakota said that senators discussed logistics for the trial during the lunch, saying that everything from media access to security was talked about.

“It was very logistical. A lot of logistics,” Cramer said speaking to reporters, adding, “Literally things like starting times, what the path, how to get in, who will be allowed in, how many passes you get for the gallery and staff, all those sorts of things along with where you all will be during certain times.”

Asked if the trial will be over by the time President Trump is slated to deliver his State of the Union address on February 4, Cramer said, “I wouldn’t bet on that myself.” 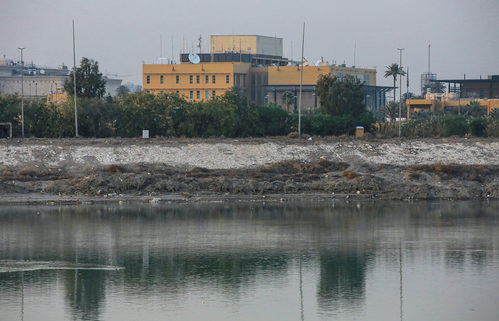