Two weeks after the assassination of Haitian President Jovenel Moise, dozens of men arrested by local police remain in detention facing no formal charges and with limited access to attorneys.

The legal limbo, made more uncertain by a “a state of siege” invoked after the July 7 killing, has left human rights groups concerned about a lack of due process for the detainees, and relatives of the men, who hail from Haiti, Colombia, and the Unites States, desperate for details.

In Colombia, families of the men, who make up the bulk of the 26 detained suspects, have banded together to raise funds for lawyers.

A Colombian “honorary consul” to Haiti was named in recent weeks, but senior officials from Bogota have delayed a visit to the country at the request of the government.

And the only information gleaned so far by the family of Christian Emmanuel Sanon, the Haitian-American doctor who police say orchestrated the assassination, is that the 63-year-old is still in good health after officials from the US State Department visited him earlier this month.

“It doesn’t look like he’s been beaten or anything, it looks like he’s in good health, but they’ve only seen him that one time,” said Steven Bross, a friend of Sanon who has spoken with his family in Florida.

Due process rights for prisoners have long been weak in Haiti, where years of autocratic leadership have eroded the checks on power more familiar in developed countries.

As authorities there urgently seek an explanation for the shocking and embarrassing assassination, the capabilities of the Haitian police have grown even greater.

Vague provisions under the emergency order, which is set to expire this week, “seem to justify anything done in the context of the investigation,” said Brian Concannon, a board member at the Institute for Justice and Democracy in Haiti.

None of the men have made public appearances before a judge.

It was not apparent that any had been provided legal counsel, either. Under Haitian law, prisoners can receive a court-appointed attorney, although they typically aren’t made available until late in a case, Concannon said.

Asked repeatedly whether the suspects have access to legal representation, Haiti National Police spokeswoman Marie Michele Vernier said only that the men were in contact with their respective embassies.

Abuse behind bars is common in Haiti — even under regular circumstances — although no allegations of physical mistreatment of the men have emerged to date.

“Interrogatory torture is routine in run of the mill cases, so I would expect there’s an extremely high likelihood of that in this case, where the police are under a lot of pressure,” Concannon said.

Twenty-six men have been detained since the assassination, Vernier told CNN Wednesday, including 18 Colombians, five Haitians and three US citizens.

Their alleged roles vary, but most are not believed to be high-level architects of the plot. A number of Haitian police have also been detained in a separate administrative investigation, according to Haitian authorities.

Haitian police say Sanon, who had mounted an above-board foray into politics in recent months, hired the Colombians and other men as “mercenaries” in an attempt to seize power in the country.

The Colombians are believed to have operated in two groups: a larger group who thought they were hired as private security for Sanon, and a smaller group who knew of a “criminal” objective and were aware the bigger operation was a cover-up, Colombian President Ivan Duque said last week.

The two other Haitian-Americans in custody are said to have been hired as translators.

Citing privacy concerns, a US State Department official declined to confirm any consular visits with the US citizens in custody but said that the agency generally works to provide assistance to Americans detained overseas.

In Florida, Sanon’s family believes he is being set up as a scapegoat, according to Bross, the family friend.

The doctor had recently announced plans to seek the Haitian presidency in a future government and had hired the Colombians and other men from a Florida firm as security in Haiti, according to a company that arranged funding for the effort.

Sanon’s family believes the need for security was legitimate, Bross said. Sanon had publicly criticized the country’s now assassinated president and he believed he would be unsafe in the country, where political violence is rampant, Bross said.

Sanon has denied all knowledge of the operation to investigators and insisted on his innocence, CNN has reported.

On Sunday, consular officials from Colombia are ​expected to travel to Port-au-Prince after the Haitian government requested they delay their visit until the assassinated president’s funeral, which is Friday.

The officials will meet with the detainees and help them find local legal representation, the country’s foreign minister said.

Several relatives of the Colombians who spoke to CNN said they are still in the dark about the men’s condition.

“We’re desperate. Every day for me is hell,” the wife of one of the detained men said over a text message.

The woman, who requested anonymity because the case is sensitive, has petitioned the Red Cross to visit her husband, according to a letter she shared with CNN.

“Our family is unaware of his physical, psychological and legal state. We’re suffering and need to have some type of telephone or virtual communication with the help of the Red Cross because his young children and family are emotionally affected by this sad situation,” the woman wrote.

Earlier Wednesday, families of the men met with an official from the Foreign Ministry’s office but left with no new details on their relatives’ statuses.

“As of this moment, we know absolutely nothing about how they’re doing and how they’re being treated. We’re still in the same suffering,” Milena Africano, whose husband is among the detained, said after the meeting.

The official did tell the families that they could give packages to the consular mission to deliver to the men.

On the list of items allowed to be sent: two white shirts, a pair of sandals, and a small supply of toiletries. 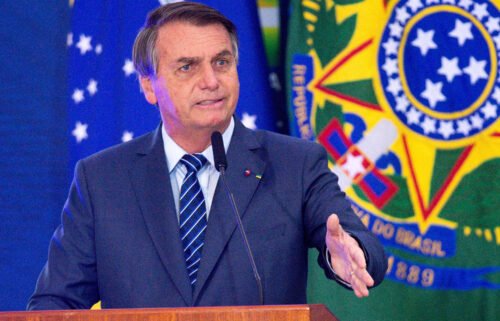 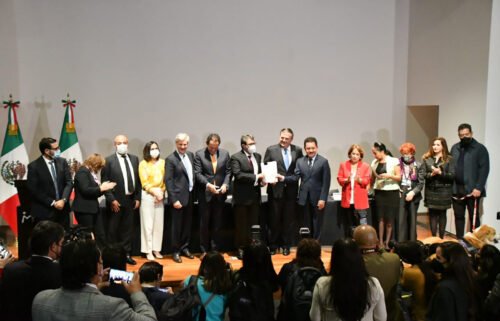 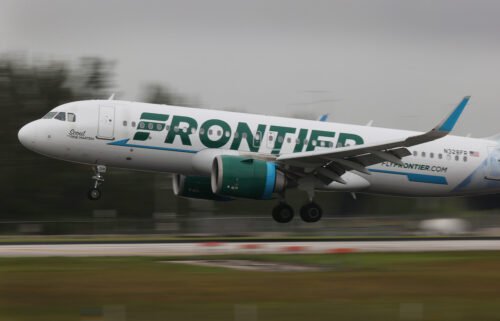