Tesla has long led the auto industry — sometimes controversially — with its driver-assist system Autopilot. Now, it finds itself suddenly following the lead of an unlikely rival: Subaru.

The automakers couldn’t be more different in many ways. Subaru builds family haulers for outdoorsy types, while Tesla has attention-grabbing features like super-quick “Ludicrous mode,” and has become a status symbol in pop culture.

Tesla announced last week that it’s no longer including radar for driver-assist systems on its best-selling vehicles, the Model 3 and Y, and will instead rely on cameras for Autopilot in those new models, a break with the prevailing industry wisdom on driver-assist technology. The shift could have safety implications, experts and analysts told CNN Business.

Most automakers prefer that their vehicles’ driver-assist systems include radar for features like adaptive cruise control, which slows and speeds up depending on the cars in front. Radar excels at measuring how fast others cars are moving, and can easily see through bad weather like rain or snow.

Tesla and Subaru suddenly have something in common, as the only automakers to exclusively trust cameras for driver-assist technology. Some autonomous driving experts say Autopilot’s shift away from using any radar is a concerning step backwards in quality. Others say Autopilot is a few inches from being good enough given Subaru’s track record of awards while using a camera-based systems for almost a decade. Still others say real-world testing is needed to be certain how Autopilot’s quality has changed.

Sam Abuelsamid, associate director of the consulting group Guidehouse Insights, believes Tesla’s removal of radar makes those cars less safe. He points to Tesla placing some limits on the new camera-only version of Autopilot as evidence that the driver-assist technology is not as good as when it used cameras and radar.

Most Teslas, including those vehicles delivered before May, will not be impacted by these limitations as they will continue to have radar-supported Autopilot, for now. Tesla has not announced if or when it will transition old Teslas with radar to the camera-only version of Autopilot. Tesla said the limits on those radar-less vehicles will be for a “short period,” and did not disclose how long. Autosteer, a Tesla feature which keeps the car in a lane, will be limited to 75mph and will have a longer minimum following distance of cars in front of it, and emergency lane departure avoidance may be disabled, Tesla said.

Tesla, which generally does not engage with the professional news media, did not respond to a request for comment.

Musk said on Twitter that vision has more precision than radar, so it’s better to double down on it than to combine the sensors. He also said that radar needed to be better to be worth the complexity of integrating it.

Some autonomous driving experts. such as Glen de Vos, chief technology officer of Aptiv, which supplies driver-assist systems to automakers, say that cameras will never be as good as radar at measuring speed, and they’re best used in combination with radar.

That could have meaningful implications for the quality of features like automatic emergency braking and adaptive cruise control. Experts say radar measures the velocity of a lead vehicle more directly than cameras, allowing for faster and more accurate recognition of the need to slam on the brakes in an unsafe situation.

But Subaru has bucked the conventional wisdom for years, with a two-camera system called EyeSight for features like adaptive cruise control, pre-collision braking and lane-keep assist. Subaru has sold more than a million cars with EyeSight since 2013, whereas most automakers rely on camera and radar for these features.

Subaru spokesman Todd Hill said Eyesight’s cameras can measure distance so radar isn’t needed. Subaru actually used radar in a driver-assist system in Japan to complement cameras in 2003, but discontinued it after it didn’t sell well and was costly, according to Hill. Early version of its camera-based EyeSight system first appeared in Japan in 2008 and the US in 2012.

The automaker has received 57 top safety pick plus awards from the Insurance Institute for Highway Safety since 2013, more than any other brand, according to IIHS. The awards are given to vehicles that perform best in its evaluations.

Following Tesla’s removal of radar in new models, IIHS stripped new Model 3s without radar of its top safety pick award. Spokesman Joseph Young said it’s ordered a new Model 3 and will reinstate the award if it performs well. (The group hasn’t tested the Model Y, so it hasn’t earned an award yet, Young said.)

The National Highway Traffic Safety Administration said last week that it will need to re-test the new Model 3s and Model Ys to verify the effectiveness of their forward collision warning, crash imminent braking and dynamic brake support.

Those awards and qualifications could be regained, and Subaru hasn’t appeared to be held back by its own camera-only EyeSight system.

But there are some differences in the Tesla and Subaru approaches to cameras, which may be problematic for Tesla, experts say.

Subaru’s cameras are located near the top of the windshield like Tesla’s, but are mounted about twice as far apart. This allows the cameras to work together to sense depth of objects, a critical ability for driver-assist systems, the experts say. Sensing depth allows a car to know that the car in front of it is braking sharply, which may trigger a driver-assist feature like automatic emergency braking. Tesla’s closely grouped cameras restrict the car’s ability to see depth at a long distance, according to the autonomous driving experts.

Abuelsamid, the Guidehouse Insights director, is among those who believe Tesla’s cameras aren’t properly set up, and could be good enough at automatic emergency braking and adaptive cruise control if widely spaced like Subaru’s. Tesla’s three forward-facing cameras are also different styles, which isn’t optimal for sensing depth, which is important for driver-assist technology, according to Dave Grannan, CEO of Light, a driver-assist camera startup.

Grannan is a believer in cameras’ abilities, if used strategically. His startup relies on cameras — similar to Subaru — to sense depth, but spreads them out wider than Tesla, and uses cameras with overlapping fields of view, which simplifies depth sensing, Grannan said.

“It’s a head-scratcher for sure,” Grannan said. “It’s hard to find a logical reason for removing such a critical and relatively inexpensive sensor from the vehicle.”

Tesla first added radar to vehicles in October 2014, according to a cached version of a now-deleted 2016 blog post that spoke positively of radar’s abilities, noting that it travels easily through fog, dust, rain and snow.

“The car should almost always hit the brakes correctly even if a UFO were to land on the freeway in zero visibility conditions,” the post said.

Autonomous driving experts like Ram Machness, chief business officer at the radar startup Arbe Robotics, and Eben Frankenberg, CEO of the radar startup Echodyne, say sensors like cameras and radar all have strengths and weaknesses. Cars outfitted with different sensors can complement each other, they say.

“More sensors equals better results,” Frankenberg said. “We’ll see if they come back to that in time, with better radars.”

Machness told CNN Business he was concerned Tesla’s automatic emergency braking on radar-less models would decline in quality, especially in poor visibility, where it is needed most, he said.

Other experts say it’s too early to say whether Autopilot is worse off now, and say testing is needed.

“There’s nothing outside the real-world experience here that really helps us evaluate whether this is better or worse or equal,” said Jeremy Carlson, a principal analyst at IHS Market.

In the long term, Tesla’s camera-only focus may also prove problematic, experts say, because of its grand ambitions for Autopilot. The company has promised “full self-driving” technology for years, unlike Subaru, which has humbler expectations of its cameras. Musk has even talked of Tesla’s serving as robotaxis.

Abuelsamid believes that removing radar will make it harder for Tesla to achieve full autonomy, in which no human driver is needed and all passengers could be asleep.

The biggest players in full autonomy, like Alphabet’s Waymo, and Ford and VW-backed Argo AI, and Amazon-backed Aurora, describe radar as critical. Waymo has even said it’s developed its own radar, with more resolution, given its value in inclement weather.

Startups such as Echodyne, Oculii and Arbe Robotics have sprung up in recent years that are focused on making more powerful radar. They promise higher resolution radar than what’s available today.

“If you can’t make the system fully self-driving with radar and camera, how will you make it fully self-driving by taking out the radar? It’s a little bit counterintuitive,” Steven Hong, CEO of Oculii said. He added that he wouldn’t be surprised if Tesla one day returns to radar. 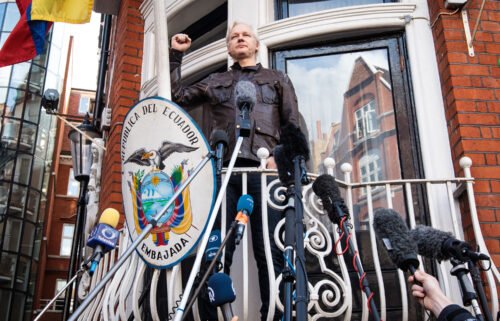 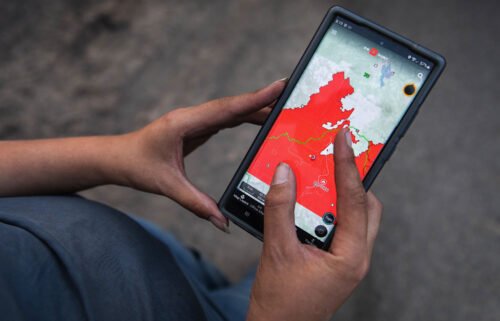 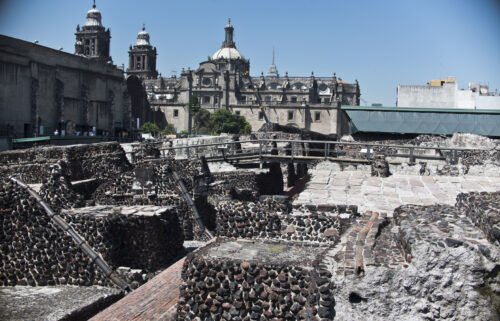 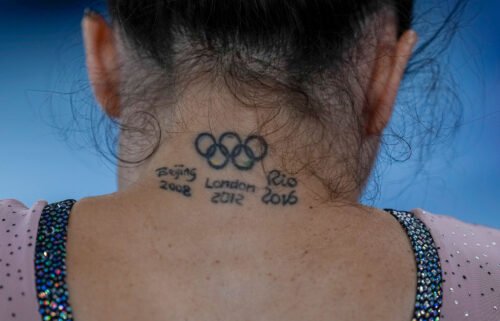