One year ago, Southwest Airlines flight attendant JacqueRae Sullivan was feeling overwhelmed by events in the United States following the death of George Floyd.

The protests in her home city of Dallas, Texas, turned violent on the night of May 29 and when she went on social media the next morning, “that did not help the situation,” Hill said in an interview with CNN at the time.

She drove to Dallas Love Field for a flight to Panama City on Friday, praying for some ray of hope or understanding. “It’s so difficult with everything going on … You want to be informed, you want to know. But then at the same time, my job as a service person is to provide somebody with happiness.”

She said she prayed on her way in, “God, please help me get to work today.”

JacqueRae Hill — as she was known before her marriage to Rashard Sullivan this Memorial Day weekend — had a life-changing encounter with passenger Doug Parker on that day’s flight, and their story went viral.

Sullivan told CNN last year that when the flight started boarding, she performed her usual safety checks, greeting passengers with a hello and a smile that her eyes had to deliver, because she was wearing a mask.

Then she noticed one of the final passengers to board was carrying the book “White Fragility: Why It’s So Hard for White People to Talk About Racism,” by Robin DiAngelo.

“I knew the book for a while. Michael Eric Dyson wrote the foreword. It’s been on my list, but I just haven’t gotten it yet,” Sullivan said.

After she finished service, she moved toward the back of the plane, where the man who was reading the book was seated, alone, next to a window, typing on his phone.

The two started conversing about the book. Sullivan recalls the man, who was White, saying, “It’s our fault. We have to start these conversations.”

As the man spoke these words, Sullivan became overwhelmed with emotion and began crying. “I know he didn’t know what to do. I know I startled him. I was embarrassed. I didn’t expect that. It was just a genuine moment for me, and we talked for 10 minutes.”

She thanked the man profusely for the incredible conversation, for his interest and for caring, weighed hugging him (she did). He asked her name, and she introduced herself. Then the man told her his name. “I’m Doug Parker, the CEO of American.”

Parker scribbled a note to Sullivan before deplaning, expressing his gratitude and pleasure at having met and spoken with her.

“I was thankful if he was a random person that had no influence. But because of his position in life, the fact that he’s reading that book. He does not have to educate himself. And the fact that he is, I just think that speaks volumes as to the work we all have to do in trying to bring ourselves together.”

Sullivan waited a day before posting about her experience on Facebook. “With all those emotions, I wanted to process it fully. I wanted to make sure how I wrote it was exactly how I was feeling.”

As the positive responses came flooding in, she realized that she had touched a nerve. “I didn’t know it would be this big. The response has been overwhelming. I have cried every day. Happy tears.”

Sullivan’s mother Patti, as an American Airlines employee, Anderson contacted Doug Parker to express her gratitude for the moment he shared with her daughter on the flight — and for the hug.

Parker replied to Patti Anderson, “[JacqueRae] certainly left an impression on me. Reading a book is one thing — spending time with a kind, strong, young Black woman who is hurting and trying to learn from others is another thing altogether.”

Parker finished his reply by thanking Anderson for thanking him, “I was the one who was blessed by that conversation.”

On Instagram this week, Parker thanked the Sullivans for including him and his family in their special day and reflected on their year-long friendship. “She started a courageous conversation with me about race in America and it’s one I’ll never forget,” he wrote.

Sullivan also shared wedding pictures with Parker on her private Facebook page, reports USA Today, with the headline, “How it Started vs. How it’s Going.”

Said Sullivan in the post, “I want to highlight a family that have now become special friends of my family. The Parkers!”

Brekke Fletcher contributed to this story. 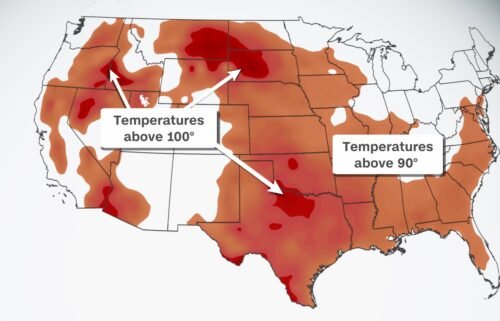 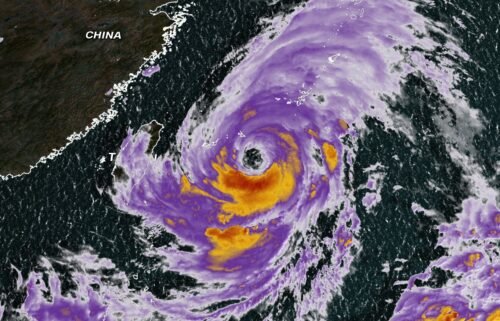 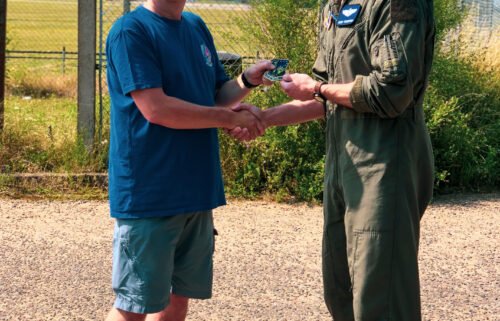