Most European countries have Covid-19 vaccination rates that would be the envy of much of the world. But even here, hesitancy in certain areas is causing governments to take action — or risk stalling their efforts to control the spread of the virus.

The highly transmissible Delta variant and concerns that winter in the northern hemisphere could bring a bad flu season have increased the urgency for authorities to boost vaccine uptake.

Reasons for hesitancy are varied. Some people believe they are fit, healthy and young, so getting vaccinated is not a priority. Some found it too complicated to book a vaccine so gave up. And some simply distrust their government to the extent that they’ve become susceptible to misinformation.

So what are different governments doing to encourage those who have not been vaccinated, for whatever reason, to get the shot?

While 72% of Belgium’s population is fully vaccinated against Covid-19, rates vary widely across the country of about 11.5 million people.

In the capital, Brussels, only 51% of the total population is fully vaccinated, according to the latest data from the country’s health authority, Sciensano. That compares with 79% for its Dutch-speaking Flanders region and 67% for French-speaking Wallonia.

Authorities are now increasing pressure on vaccine holdouts in the capital in the hope of boosting vaccination rates.

While restrictions such as the mandatory wearing of face masks indoors have been eased elsewhere in the country, they remain in place for Brussels because of its lower vaccination rate and the strain that Covid-19 cases are placing on the city’s hospitals.

And from October 1, the regional government in Brussels will also require residents to show a “Covid pass” to prove that they have been vaccinated or have recently tested negative for the virus before they can enter restaurants, bars or fitness clubs, according to Reuters.

This may go some way to encourage reluctant younger residents to get the shot. According to official figures, only 46% of those aged 18 to 24 in Brussels have received at least one vaccine dose, compared with 86% for the same age group in Flanders and 72% in Wallonia.

“Those who do not get vaccinated are responsible for the fact that stricter rules remain necessary in some places,” he said. “Intensive care is rapidly becoming a gathering place for the unvaccinated. We cannot accept that as a society. No one has the right to voluntarily put other people at risk.”

Nurses at major hospitals in Brussels wrote an open letter last week saying they were “tired and angry” at the continuing Covid-19 crisis and pleading with everyone to get vaccinated.

Kenneth Coenye, chief medical officer at the Sint-Jan Clinic in Brussels, told CNN that during the last weekend of August, only four out of 70 patients being treated in Covid ICUs in the city were vaccinated. “It’s very painful, of course, because they don’t only get sick, they die. And that is so completely preventable,” he said.

Speaking Saturday, the leader of Wallonia — Belgium’s largest region — urged citizens who have not yet received their Covid-19 vaccination “to understand the consequences of their inaction and procrastination.”

“We are not done with this damned virus because vaccination coverage remains insufficient,” Minister-President Elio Di Rupo said. “The unvaccinated bear a heavy responsibility for themselves, and those close to them. The time has therefore come for everyone to examine their conscience.”

Measures proposed by French President Emmanuel Macron this summer have had a marked impact on vaccine hesitancy.

Late last year, polls showed barely 40% of the French expressed any intention of becoming vaccinated. But as of September 15, nearly 64% of the population was fully vaccinated and more than 73% had had at least one dose, according to figures from Our World in Data.

Under legislation announced by Macron on July 12, people in France have since August been required to carry a Covid health pass, or “pass sanitaire,” to enter premises including bars, restaurants, cinemas and theaters, and many outdoor public spaces.

The pass — which shows proof of either vaccination, a negative Covid-19 test or of past infection — is also required for travel on long-distance public transport and to visit medical facilities.

From September 30, children aged 12 and above will also have to comply with health pass rules. Workers in sites under the health pass mandate have themselves needed to be inoculated since August 30, and from October 15 this will also apply to health workers.

Macron’s July 12 announcement prompted tens of thousands of protesters to take to the streets, calling for the government to scrap the new rules. However, it was also followed by an immediate spike in demand for vaccine appointments.

French government spokesman Gabriel Attal hailed what he called a “French success” on Wednesday. “We surpassed at the end of last week the threshold of 50 million vaccinated individuals and this number continues to rise,” he said, adding that 14 million individuals had been incentivized to be vaccinated since July 12.

But despite this, Attal warned that vigilance was still needed.

Some areas, particularly in the south and east of the country, still have relatively lower Covid-19 vaccination rates, including the northern half of Corsica, where 59.7% of the population has received at least one dose, according to Ameli, France’s national health insurance body. The next lowest ranking are Seine-Saint-Denis, outside Paris, at 59.8%, Alpes de Haute Provence at 64.7% and Bouches-du-Rhône, home to the city of Marseille, where 64.9% of the population have received at least one dose.

Meanwhile, figures for France’s overseas territories are significantly lower than for the mainland.

Only 18.4% of the population in Guyana has received at least one vaccine dose, according to figures from Ameli.

Some 587,000 people in France have already received a Covid-19 booster shot, Attal added. “I implore the French citizens who have not been vaccinated to do so, just as I implore our elderly to resort to the booster option,” he said.

Italy: All workers will have to show a health pass

Italy’s government extended its mandatory health pass to all workers on September 16 in a bid to improve vaccine coverage. The measure is due to come into force on October 15.

The country had already required all health workers to be vaccinated. And, since August 6, a “certificazione verde,” or green pass, has been needed to enter cultural sites such as museums or galleries, entertainment and sports venues, theme parks, spas, and to eat indoors. This was extended to include domestic flights, train travel between regions, as well as sea travel on September 1.

Just two days later, on September 18, the government commissioner in charge of the vaccination campaign recorded a countrywide increase in bookings of first Covid-19 vaccine doses of between 20% and 40%, compared to the previous week.

According to government figures, over 76% of the population aged 12 and over is fully vaccinated, while around 82% has received at least one shot.

But take-up still lags in some parts of Italy.

According to the Gimbe Foundation, based on the data provided by the Health Ministry and the National Institute of Statistics, the areas with the lowest Covid-19 vaccination rates are the Autonomous Province of Bolzano, in the South Tyrol Alps, and the regions of Calabria and Sicily, in the far south of the country.

Thomas Widmann, who heads the Bolzano health department, told CNN in a written message that a variety of factors contributed to South Tyrol’s lower vaccination rate.

“The hypotheses range from a greater propensity to homemade remedies, like medicinal herbs used in peasant tradition; there are those who assume a more marked anti-authoritarian tendency than elsewhere, for historical reasons; but I think more practical hypotheses should also be considered, such as logistical difficulties,” he said.

“For those who live at the bottom of a mountain valley, going to a city vaccination center can mean wasting a lot of time.”

A vaccine bus service was launched in July to reach the more remote areas of South Tyrol.

Meanwhile, Sicily’s regional president, Nello Musomeci, has made frequent appeals for its population to get vaccinated, describing it as a “civic duty” in a message to the island’s mayors last month. “How unfair it would be to make everyone pay the hard price of those who do not want to get vaccinated!” he said.

Despite such exhortations, the announcement of the mandatory health pass for all workers led to an increase of only 5% in the number of people aged 20 and 59 booking vaccinations in Sicily in the week September 15-21.

Germany: No more compensation for unvaccinated workers who lose pay

Vaccinations in Germany are not compulsory. But authorities have been stepping up measures that make life increasingly inconvenient for people who remain unvaccinated against Covid-19.

On Wednesday, the German Health Ministry announced new rules that mean unvaccinated workers will no longer receive compensation for lost pay if coronavirus measures forced them into quarantine.

The new rules will come into force from November 1 and will affect people who test positive for Covid-19 and those returning from countries designated as “high risk” Covid-19 areas, Health Minister Jens Spahn told reporters.

These countries currently include the United Kingdom, Turkey and parts of France, according to Germany’s public health agency, the Robert Koch Institute (RKI). Unvaccinated travelers from these “high risk” areas are required to quarantine for at least five days. Those who are fully vaccinated or have recently recovered from Covid-19 are not.

Spahn defended the new rules, asking: “Why should others pay for the fact that someone has decided not to be vaccinated?”

He stressed, however, that the new rules were a matter of fairness to everyone. “Some people will say this means pressure for the unvaccinated. I think we have to look at it the other way around — it is also a question of fairness,” he said.

The German trade union confederation (DGB) criticized the move, saying it dumped responsibility for the fight against the pandemic onto employees. “We still reject mandatory vaccination through the back door,” DGB chairman Reiner Hoffmann told Editor Network Germany.

Germany’s Health Ministry had previously announced that Covid-19 tests, which the unvaccinated must undertake to be allowed to dine inside restaurants, for example, will stop being free of charge from October 11.

A total of 63.6% of the German population had been fully vaccinated against Covid-19 as of Thursday, according to the RKI — under the 85% threshold deemed necessary by the RKI for herd immunity. 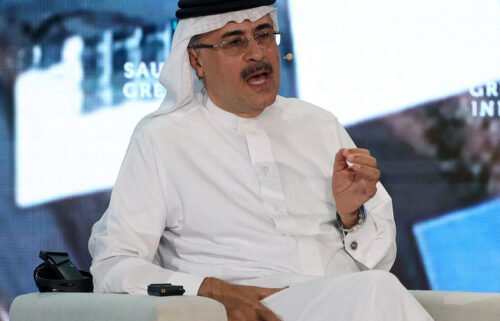 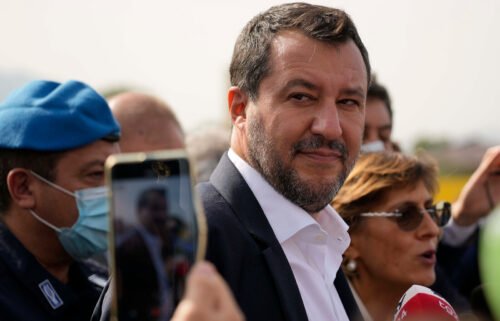 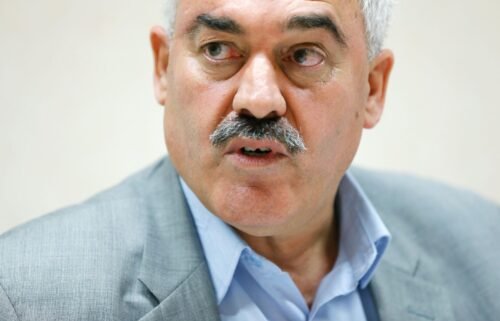 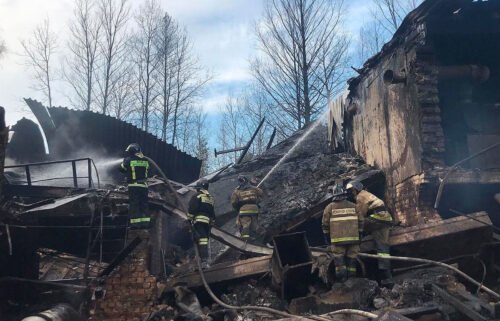