A delegation of United States lawmakers arrived in Taiwan on Tuesday sparking immediate condemnation from China, with Beijing describing the trip as an “act of provocation.”

The unspecified group landed in Taipei on a Boeing C-40A military plane shortly after 6 p.m. local time, according to flight details by Flightaware. The plane subsequently took off for Okinawa after a brief stay at the airport.

Taiwan’s Ministry of Foreign Affairs confirmed the visit and said the trip was arranged by the American Institute in Taiwan, the de facto US embassy in Taipei. It did not disclose the names of the lawmakers involved in the visit, nor their itinerary.

When approached for comment, the American Institute in Taiwan did not confirm the list of lawmakers but directed CNN to Sen. John Cornyn‘s office for information, a Republican from Texas.

Relations between Taipei and Beijing are at their lowest point in decades, marked by fiery rhetoric and military posturing. Last month, China’s military sent a record number of warplanes into Taiwan’s air defense identification zone (ADIZ) — the area surrounding the island where Taipei says it will respond to any incursions.

In a statement, China’s Ministry of National Defense condemned the US for “grossly interfering in China’s internal affairs” and said it should stop “provocative actions” that may escalate tensions on the Taiwan Strait.

“(The US) should refrain from sending wrong signals to ‘Taiwan independence’ forces,” the statement read. “The People’s Liberation Army will always be on high alert and adopt all necessary measures to resolutely smash any interference by foreign forces and separatist attempts.”

Beijing views the self-ruled island as an inseparable part of its territory — even though the two sides have been governed separately for more than seven decades.

On Tuesday, Chinese leader Xi Jinping said China was ready to manage differences with the US and “enhance exchanges and cooperation across the board,” according to a statement published on the website of Chinese embassy to the US. It comes ahead of a virtual meeting with US President Joe Biden that could be held as early as next week, a source told CNN.

The US delegation visit to Taiwan comes as China conducted what it characterized as a “combat readiness patrol” near the Taiwan Strait on Tuesday.

The drills were conducted to “further improve the joint combat capability of multiple military services and branches,” said Senior Colonel Shi Yi, spokesperson for the PLA Eastern Theater Command, according to the state-run tabloid the Global Times.

“This drill is targeted at a certain country’s seriously wrong moves and remarks on the Taiwan question and Taiwan secessionists’ activities, and is a necessary measure to safeguard the country’s sovereignty,” said Shi.

In a press release on Tuesday night, Taiwan’s Ministry of National Defense reported that six Chinese warplanes entered its southwestern ADIZ that day.

When asked about the trip, US State Department spokesperson Ned Price told reporters, “It is not our practice to confirm congressional delegations or to speak to them.”

This isn’t the first time a delegation of US senators has flown to Taiwan. In June, an American delegation including Sen. Tammy Duckworth, landed on a US Air Force C-17 Globemaster III freighter to announce the donation of 750,000 doses of Covid-19 vaccine. And previously, US officials and politicians have flown to Taiwan on the C-40, a military version of the Boeing 737 commercial airliner.

Pentagon Press Secretary John Kirby told reporters on Tuesday the visit was made by a US congressional delegation and that it was “not uncommon” for them to travel on a military aircraft.

“Congressional delegation visits to Taiwan are fairly routine,” Kirby said, adding the trip was “in keeping with our obligations under the Taiwan Relations Act, which has been supported by multiple administrations, both Democratic and Republican, that reinforces our requirement to help Taiwan with its self-defense needs.”

The US also maintains military ties with the island. On Tuesday, Taiwan’s Ministry of National Defense said a total of 618 US personnel visited Taiwan on military exchange programs between September 2019 and August 2021.

In its defense report, released once every two years, the ministry said the exchange programs were aimed at boosting Taiwan’s national security, defense strategy and military operations, saying it was essential to deepen military cooperation with the US.

According to the report, 542 Taiwanese personnel also visited the US in 175 military exchange programs during the same period.

During an exclusive interview with CNN in October, President Tsai became the first Taiwanese leader in four decades to confirm the presence of US military trainers in Taiwan, though she did not specify the number. 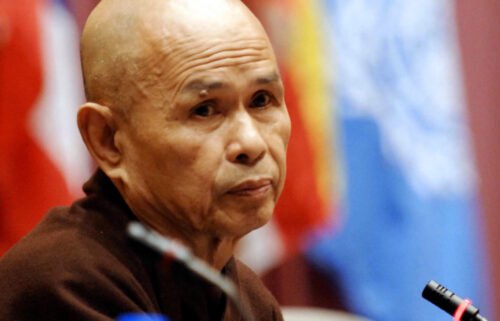 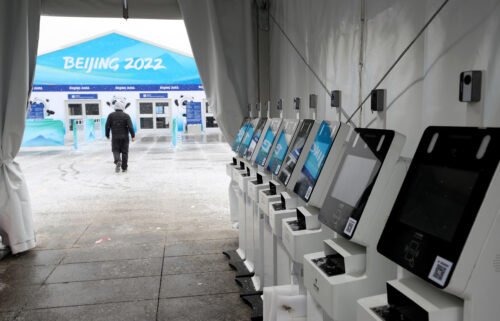 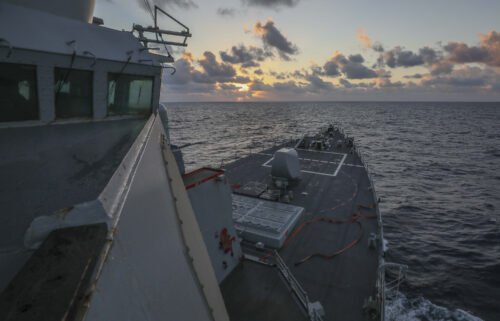