Ongoing lumber shortages may put a dent in new US home construction, but the housing market is still red-hot.

Average Covid-19 case numbers in the US are the lowest they’ve been in nearly a year, and a White House adviser says case tallies are down in all 50 states. That’s a sure sign vaccination efforts are working, even as demand for vaccines slows across the country. About 48% of the US population has gotten at least one dose. After a devastating lack of vaccine supply and a punishing third wave of infections, Canada is set to catch up to and even surpass the US in first-dose vaccination rates. Still, only 4% of the country’s eligible population is fully vaccinated. In China, a fresh Covid-19 scare quickly blunted vaccine hesitancy and led to 100 million inoculations in just nine days.

The House is set to vote today on setting up an independent, bipartisan commission to investigate the Capitol insurrection. The decision could expose fissures among Republican leaders, some of whom have vehemently downplayed the events of January 6. The bill is the product of a bipartisan deal, so it will likely pass the Democratic-led House with a few Republican votes. House Minority Leader Kevin McCarthy has said he will vote against it, despite giving the go-ahead to fellow GOP Rep. John Katko to negotiate it. That’s definitely caused tension, and more drama will likely follow when the bill gets sent to the Senate. Several Senate Republicans have said they would vote for the bill, but given McCarthy’s stance on it now, Minority Leader Mitch McConnell says he’s pressed “pause” on whether to support it.

Attorneys for the family of Andrew Brown Jr. are asking the Justice Department to intervene after a North Carolina district attorney said deputies would not be charged in connection with his killing. The Pasquotank County prosecutor said the deputies who fatally shot Brown last month were justified in using deadly force, and he played bodycam video of the incident publicly for the first time. The deputies could still face disciplinary action, the sheriff said. Meanwhile, a bipartisan group of House and Senate negotiators met to try to craft a compromise bill overhauling the nation’s policing laws. President Biden has said he wants a bill by May 25, the anniversary of George Floyd’s death. But the group says it’s not adhering to any deadline.

Palestinian protesters gathered by the thousands in cities across the West Bank, calling for mass strikes to convince political leaders to stop the Israeli airstrikes that have pummeled the region. Attacks between Israel and Hamas militants continue, making this the deadliest Israeli-Palestinian confrontation since the two sides fought a war in 2014. Israel briefly allowed trucks carrying international aid into Gaza for the first time since the conflict began, but Israeli authorities ended up halting them in response to mortar fire at two border crossings. On top of it all, the Ministry of Health in Gaza warned that the destruction of medical facilities could lead to a surge of Covid-19 cases among those fleeing to shelters. German Chancellor Angela Merkel and Jordanian King Abdullah II added their voices to those supporting a ceasefire.

At least 6,000 people, including around 1,500 minors, swam yesterday from Morocco to Ceuta, a bordering Spanish enclave on the coast of Africa. It was the largest influx of illegal migration there in a single day, Spanish authorities said. Ceuta is technically European Union soil, which is a crucial detail for migrants looking to enter the EU. Spain’s Prime Minister said he will travel to two Spanish enclaves, including Ceuta, to restore order and work to return the migrants. Spain has seen an influx of migrants on its shores in recent months, and Spain and Morocco recently agreed that Moroccans who swim into Spain face a return to Morocco through one of the land border crossings.

Lollapalooza will return at full capacity

Get ready to listen to great music … and sweat a lot.

Want to invest in crypto? There’s a consultant for that

It may take several frustrating hours to explain, but yes, it is possible to fully understand what the blockchain is.

People flee in panic as skyscraper inexplicably wobbles in China

Pretty sure I’ve had a nightmare exactly like this.

Biden takes a new electric F-150 for a test drive: ‘This sucker’s quick’

It is called the Ford F-150 Lightning, after all.

A man has been charged for detonating 80 pounds of explosives at a gender reveal party, police say

That’s how many companies — mainly energy and chemicals giants — produce a whopping half of the world’s single-use plastic waste.

“The money helps, but it never, never makes you whole.”

Jabbar Collins, a paralegal who wrongfully served 16 years in a New York state prison for the murder of a rabbi. Collins says financial awards to people wrongfully convicted of crimes don’t “fully capture” the loss and damage they suffer.

This is a tsugaru shamisen, a traditional Japanese instrument. Its three strings, played with a large, wide pick, produce a fascinating and singular sound. (Click here to view.) 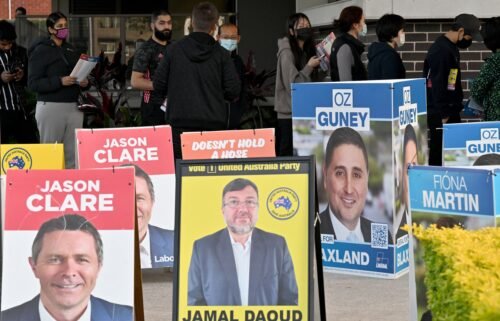 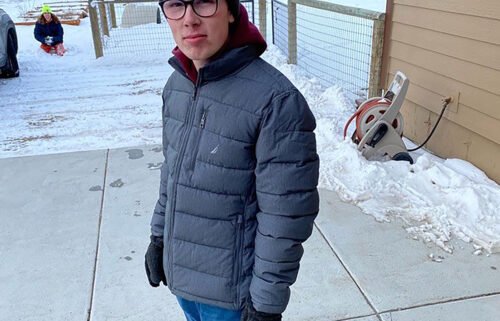 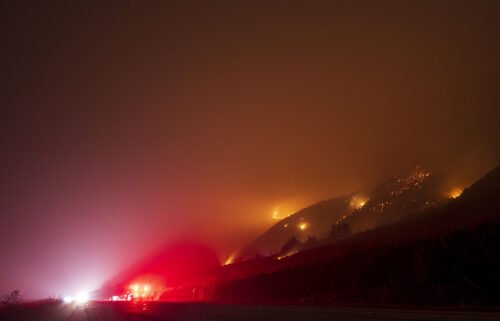