LIVERMORE, California (KPIX) — The pilot and passenger of a small, single-engine plane were relieved to be unharmed Tuesday night after hitting a car as they made an emergency landing on a freeway overpass near the Livermore Municipal Airport.

The crash happened just after 5 p.m. on Isabel Avenue, an overpass over I-580 just north of the airport. Miraculously, there were no reports of any injuries.

Pilot Josh Redsun and his father were headed home to Napa but they knew they were in trouble just as the plane got off the ground. Tuesday night, they were grateful to be able to just walk away from the crash.

Redsun said the plane reached about 500 feet, then started gliding down to the Isabel Avenue overpass above Highway 580. Air traffic control lost contact with the plane and immediately put out a call to search for the single-engine Mooney.

Redsun told KPIX he could see a shadow of the white car it ended up hitting as the plane touched down on the road.

KPIX 5 anchor/reporter Juliette Goodrich just happened to be driving on the overpass and watched the plane make an emergency landing.

“We were just going over the overpass and we saw this plane teetering and using this overpass as a runway. Then it hit a car and we were just hoping everyone was ok. And fortunately everyone was,” Goodrich said.

Redsun said the plane skidded and ended up sideways after hitting the white car on the road.

Goodrich posted video of the scene on Twitter. It showed multiple Livermore police and CHP units as well as an ambulance at the site of the accident.

Livermore police tweeted just before 6 p.m. that a plane with engine trouble was forced to make an emergency landing on Isabel Avenue just north of the airport at around 5:10 p.m., striking the car.

According to the Federal Aviation Agency, the plane was a Mooney M20E, a four-seat, single-engine propeller plane registered to San Francisco resident Maciel Cicero.

Earlier, the FAA confirmed that the pilot of the plane reported a loss of engine power shortly after departing from Livermore Municipal Airport before making the emergency landing on Isabel Avenue.

“We do not have reports of injuries to either of the two people on board the aircraft or anyone on the ground,” the FAA said in a statement as information about the crash began to trickle in.

KPIX 5 photographer Bob Horn learned the plane had flown down from Napa to drop off a part. The engine troubles began shortly after takeoff as the plane headed back to Napa.

During the emergency landing, the plane came up short and landed with one wheel on the car it struck.

“Yeah, we collided with a car,” said Redsun, still standing near the wreckage. When asked if the driver was ok, the younger man replied. “Yeah, they took his car away.”

And as far as what happened with the plane?

“Don’t know,” the man said. “That’s something for the NTSB to figure out. I’m glad we’re all OK.”

At 6:30 p.m., traffic on Interstate 580 was continuing to move past the site of the incident.

The FAA will investigate the incident and has notified the NTSB. The plane will be taken back to the airport. That is where the NTSB will take the engine apart to determine exactly why the plane lost power. 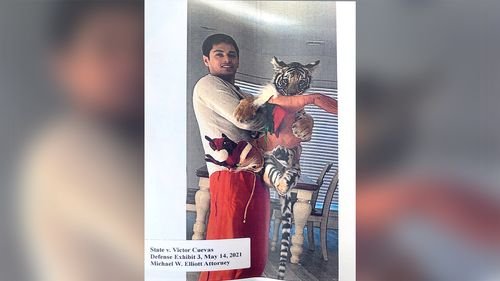