OKLAHOMA CITY (KOCO) — The legal team fighting for his release believes President Donald Trump will issue a pardon for the man known as “Joe Exotic.”

Joseph Maldonado-Passage was convicted and sentenced to 22 years in prison for a murder-for-hire plot and for violating wildlife laws. The leader of Maldonado-Passage’s legal team told KOCO 5 that they are extremely confident about getting a presidential pardon sometime Tuesday and that the Netflix sensation remains positive.

“We’ve delivered everything that I wanted to do on this project,” Eric Love said. “I am absolutely confident that we are going to receive the pardon tomorrow. We worked very hard on it.”

Love – the lead advocate for Team Tiger, which is a group consisting of attorneys and private investigators who represent Maldonado-Passage – said he’s the one who told “Joe Exotic” to look into a presidential pardon. A 257-page application was filed last September.

According to Love, Team Tiger expects to get the nod sometime Tuesday between 10 a.m. and 2 p.m. But in the meantime, the group has prepared for Maldonado-Passage’s release.

“We’ve got hair, makeup, wardrobes. Trust me, anything you can think of we have it, including a doctor and also a mental health expert,” Love said.

He added that they also have a limo ready to pick up Maldonado-Passage and take him to a secure location.

“Joe’s biggest thing is he can’t wait to get out, as you can imagine, and he doesn’t want anyone to see him until his hair is done,” Love said. “So, the most important person tomorrow is the hair and makeup and wardrobe.”

Even if Maldonado-Passage is granted a pardon, Love said the case is far from over.

“We’re going to gain Joe’s freedom, but guess who we’re coming after? Everyone who was responsible for setting Joe up,” Love said. “It’s audio recordings. It’s people saying exactly what I said – they set him up. It’s ugly, man. It’s real ugly.

“Did Joe hire a hitman? Absolutely not. We’re able to prove that he did not.”

If pardoned, Maldonado-Passage’s legal team plans to pick him up from the prison he’s at in Fort Worth, Texas.

Love also said he can’t say if Maldonado-Passage plans on coming back to Oklahoma for the long-term, but he said “Joe Exotic” will always love the Sooner State. 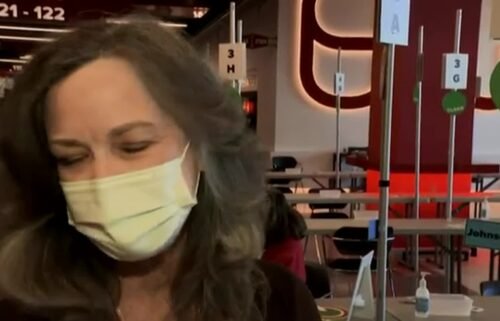