KANSAS CITY, MO (KCTV/KSMO ) — Anyone who thinks violence decreased during shut down orders brought on by the global pandemic might want to think again.

Police departments are comparing notes across the nation, and many report violent crime remained. But just like the coronavirus, the results are very uneven.

“People I talked to said they thought crime had gone way down or it was nonexistent,” Sgt. Jake Bechinna with the Kansas City Police Department.

Bechinna works in the police communication’s department and says the coverage of crime dropped due to coronavirus but police data tells a different story.

He cautions comparing year-to-year snapshots can be deceiving and not always accurate since crime constantly fluctuates.

The department did evaluate March 24 to May 11, though. Robbery and stealing did drop but violent crime raged on, including homicides.

Bechinna explained that Kansas City’s crime is mostly connected to arguments and drug trade and those factors did not shut down during stay at home orders.

It’s a disappointing reality for groups like Kansas City Mother’s in Charge, which directly supports families affected by crime.

Temple lost her son to gun violence years ago. She is back at crime scenes. But during the shutdown, she supported families by phone.

“Over the phone I did the best I could.” she said. “I’d tell them, ‘if you want to cry you can call me back I have time to listen to you cry. I do not mind holding the phone and listening to you cry.’”

Families grieving, stunned by violence. One family Temple has been supporting still has few answers.

Barron Shelton was found dead on March 10. Shelton’s family recently sat down with KCTV5 News to discuss his murder.

“I’m still asking myself why? Why him? Why anybody.It’s uncalled for,” Bonita Shelton, Barron’s mother, said. “We need to value people’s lives! You know we are dying from corona and that’s enough.”

Barron’s aunt Vicki Shelton says her nephew was kind and trusting, a family person. They are still baffled at why anyone would want to harm him.

What happened across the country?

The best research on what happened across the country comes from the Police Executive Research Form. They evaluated 30 departments across the nation. Kansas City was not on the list.

The departments tracking the change in homicides reported a mixed bag, with nine departments seeing an increase, nine seeing a decrease and 12 reporting no change. 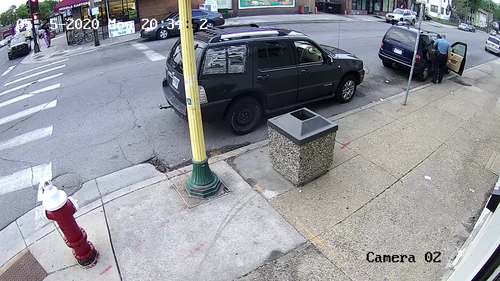