In Buncombe County, most polling sites were quiet on the first day.

It’s one of the reasons people like Vanderbeek chose to early vote.

“Just walk in and go right through,” he added.

Other voters felt the same. They said the process was easy.

“Not much crowd at all. Easy to get in. Easy to get out, and we come all the way down from East Asheville to vote down here,” voter Judy Johannes said.

In Buncombe County, there’s 10 voting sites. If you vote early, it doesn’t matter which one you go to.

“Voting during early voting does tend to be more convenient because we have so many sites that everyone can go to for long periods of time,” Buncombe County Elections Director Corinne Duncan said.

This time around, you won’t need to worry about bringing your photo ID either. Signs posted around all polling sites served as a reminder Thursday.

“We have always had a call team, but we just had this nice facility and so we got to put them together all in one place here,” Duncan said.

If there’s a question poll workers need answered, they’ll speak with the people inside the center.

It’s a small addition to making voting run smoother for everyone in Buncombe County.

According to numbers from the Board of Election, during the 2016 primary, 31,652 people chose to vote early in Buncombe County. And 2,791 showed up the first day.

It’s important to note that in 2016, there were 11 early voting sites and fewer days for people to vote. 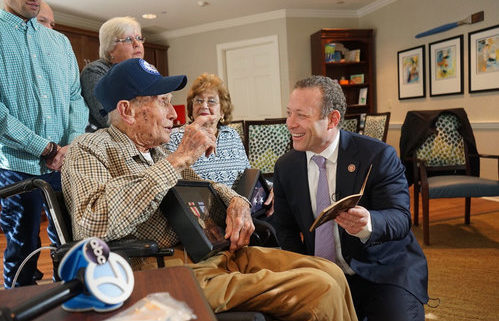