Europe is taking the lead in forcing Iran towards a diplomatic de-escalation, and it is doing so using President Donald Trump’s tactics.

The Europeans are calling time on Tehran’s diplomatic escalation — namely its intentional drift from compliance with the nuclear deal, or the Joint Comprehensive Plan of Action (JCPOA), as it is formally known — by triggering the accord’s dispute resolution mechanism, known as paragraph 36.

Paragraph 36 sets a short timeline to escalate (and hopefully resolve) a dispute. First it goes to the deal’s Joint Commission body then, if consensus can’t be reached, on to the signatories’ foreign ministers, before eventually reaching the UN Security Council. Iran is on notice they must come back to compliance.

France, Germany and the UK triggered this Tuesday while Tehran was reeling from the loss of Soleimani and grappling with the international and domestic fallout from downing Ukraine International Airlines flight 752, with the loss of 176 lives. The backlash includes significant street protests calling for the overthrow of the Supreme Leader.

There is a short window before Iran regains its composure and its usually intransigent posture, or at least that seems to be the European calculation: Strike while the iron is hot.

That is, of course, only a partial picture of what’s happening. The Trump administration is yet to articulate its strategy going forward, so its regional and European allies are realizing they need to take the initiative.

UK Defense Secretary Ben Wallace spoke to the concerns of many European politicians Sunday when he said the UK can no longer rely on the US. “I worry if the United States withdraws from its leadership around the world. That would be bad for the world and bad for us,” Wallace told the Sunday Times.

Last week, Trump called on five other JCPOA signatories — China, France, Germany, Russia and the UK — to join the US and pull out of the deal.

Trump withdrew a year and half ago while citing the sunset clauses and lack of ballistic missile controls as rendering it useless. It didn’t help that the accord was negotiated by his predecessor Barack Obama.

It certainly doesn’t help the overall situation that, short of maximum pressure sanctions on Iran, the President has not said how he’ll get Iran to the negotiating table to reach a new agreement, or even what his new deal would involve.

Trump’s administration has talked about 12 points of compliance and Iran has responded with defiance, resulting in a log jam until Soleimani’s killing. It is Europe that seems to be trying to resolve it now.

It is significant that UK Prime Minister Boris Johnson told the BBC Tuesday he is willing to back a new Trump plan, but he needs to know what it is. “If we are going to get rid of it [JCPOA], then we need a replacement,” Johnson said.

Diplomacy is now re-entering this very fraught frame. Measured from Trump’s arrival in the White House three years ago, the trajectory of tensions is still going up. Yes, there are temporary plateaus and dips — Iran’s retaliatory missiles fired on US bases last week being one — but the overall trend is upward.

No one knows what traction the European JCPOA dispute resolution path will get. But absent of diplomacy, the military route may ultimately become the only other path to a solution.

So far the Iranians are reserving judgment, but their tone has not been positive: Tehran said it will give a “decisive response” to France, Germany and the UK’s “unconstructive” triggering of the JCPOA mechanism.

Even so, in the past few days Iran has been escalating tensions with the UK. On Twitter, Foreign Minister Mohammad Javad Zarif accused London of “parroting the US line” and “blindly abetting its [US] terrorist adventurism.”

If Tehran is doing that because it sees Johnson as hewing too close to Trump and is therefore trying to split the UK from the Germany/France alliance and weaken JCPOA pressure, then the diplomatic path may prove too rocky to travel.

What’s keeping the JCPOA alive is Iran still allowing the nuclear inspectors access to their uranium centrifuges and stockpiles. If Tehran stops allowing that, then Trump can turn to military threats.

No one, not Iran, not the Europeans, nor Trump, want that, but it doesn’t mean it won’t happen. Mistakes and misunderstandings are easy.

But if both Iran and Trump continue stepping back from the brink of all-out war, then diplomacy has the inklings of a path.

If JCPOA dispute resolution leads to the UN Security Council, then before or by then, Trump may have to come up with the parameters of a new deal.

Iran has said it’s the current deal or nothing. But its economy is being crushed, oil exports are at a low and there are tensions on the streets. So a new deal, with a financial sweetener, may be the best Iran can get.

That, of course, assumes that moderates and not hardliners are in the ascendency in Tehran, and that the regime decides it has avenged Soleimani’s killing, and will eschew violence for the diplomatic olive branch, thorns and all. 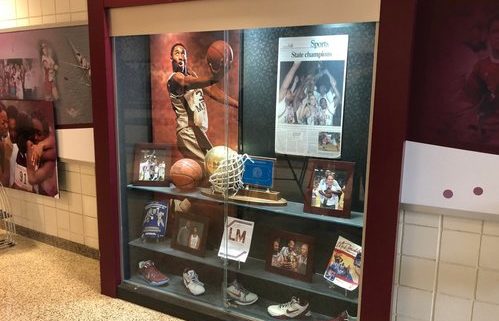