Earlier this year, when GameStop shares exploded out of the blue, all eyes were on Robinhood, the commission-free trading app that was helping millions of amateur investors gain access to financial markets. Coordinating on social media, the app’s users showed an uncanny ability to supercharge a wide array of stocks.

What’s happening: The company’s stock got off to a rocky start when it made its Wall Street debut last week, finishing its first day of trading down 8% from its initial public offering price. Then, this week, shares took off, skyrocketing 24% on Tuesday and an eye-popping 50% on Wednesday.

According to data from researchers at VandaTrack, Robinhood was the third most-bought stock on retail platforms Wednesday, securing $50.5 million in net purchases.

Some context: VandaTrack notes that Robinhood’s gains are still dwarfed by the original meme stocks, GameStop and AMC Entertainment. At the peak, retail investors bought $352 million worth of shares of the struggling video game retailer and $600 million of stock in the movie theater chain.

Still, Robinhood has been benefiting from a host of factors. Options trading for the stock started Wednesday, and prominent fund manager Cathie Wood has revealed sizable purchases in recent days. Robinhood has also actively courted everyday investors who may be interested in buying shares.

There could still be “room for the move to continue,” VandaTrack analyst Ben Onatibia said. He noted that the jump is unusual, however, which makes the trajectory hard to predict.

“After a poor listing, retail demand is surging, something extremely rare with IPOs,” he said.

On Thursday, the stock tumbled in premarket trading after Robinhood said in a filing that investors including venture capital firm Andreessen Horowitz were selling nearly 98 million shares.

On the radar: Meme stock or otherwise, Robinhood could eventually run into trouble purely based on its business model.

Robinhood earned 81% of its first quarter revenue through what’s known as “payment for order flow,” which is increasingly coming under regulatory scrutiny.

Breaking it down: The reason Robinhood doesn’t need to charge commission is because it makes money in a different part of the trading process. When an investor places an order to buy a stock on its app, Robinhood routes the order to a market maker like Citadel Securities, which then handles execution — and pays Robinhood for that privilege.

Scrutiny of this process has increased since the GameStop frenzy. While the company argues it’s a crucial part of its efforts to democratize trading, Securities and Exchange Commission Chair Gary Gensler said in June that payment for order flow raises “questions about whether investors are getting best execution,” and noted that directing huge swaths of trades to a few select market makers could “increase potential system-wide risks.”

Should regulators take action, Robinhood’s business could be in jeopardy.

“An outright ban on payment for order flow would immediately and severely impact Robinhood’s revenue,” research firm New Constructs said last month. “We don’t believe Robinhood could continue offering commission-free trading, which would put the company at a significant disadvantage to rivals Fidelity and Charles Schwab.”

Riders are flocking back to Uber as vaccines give people fresh confidence to leave their homes and travel around. But the company has had to spend a ton of money to get enough drivers on its platform, hurting its bottom line.

The latest: Uber said Thursday that it lost an adjusted $509 million in the April-to-June period. That’s down from $837 million a year ago, but worse than the $359 million loss it posted during the first quarter of 2021.

A big problem for the ride-hailing company was the amount it had to spend on incentives for its drivers.

“The marketplace was not at a place that we considered healthy and we wanted to lean in to get wait times down, to get surge levels down,” CEO Dara Khosrowshahi said on a call with analysts.

Khosrowshahi said the company is making good progress, increasing monthly active drivers and couriers in the United States by nearly 420,000 from February to July, and has started pulling back short-term perks.

But he acknowledged that in cities like New York, San Francisco and Los Angeles, “demand continues to outplay supply and prices and wait times remain above our comfort levels.” Shares are down 4% in premarket trading.

Not just Uber: Lyft also had to make “significant investments in driver supply throughout the quarter,” leading average hourly earnings for drivers to reach an all-time high in the spring.

Finding enough workers to meet demand has been a problem across industries, with food service, logistics and food processing also reporting concerns. Executives at companies like McDonald’s, which have raised wages, say the situation is improving, but they’re not out of the woods yet.

Nintendo’s pandemic boom may be coming to an end.

The Japanese company said Thursday that sales fell nearly 10% in the quarter ending in June, a sign that fewer people stayed at home to play video games as some countries around the world began to reopen, my CNN Business colleague Michelle Toh reports.

Operating profit dropped more than 17% to 119,752 billion yen (about $1 billion) compared to the same time a year ago, as sales of its Switch consoles slumped.

Logging off: During the quarter, 4.5 million units of Switch hardware were sold — down about 22% from the 5.7 million recorded the previous year.

The company blamed “factors such as logistics delays caused by Covid-19 and the impact of the semiconductor shortage on production.”

But the times are also changing. “Animal Crossing: New Horizons” — the Switch title that was a breakout sensation of the pandemic — sold just 1.3 million copies last quarter, compared to 10 million in 2020.

Investor insight: The company has consistently posted one blowout quarter after another during the pandemic. But it’s also been dogged by concerns about how long it can keep its hot streak going. Those worries may be coming to pass.

Coming tomorrow: The US jobs report for July arrives after private payroll gains came in much smaller than expected. 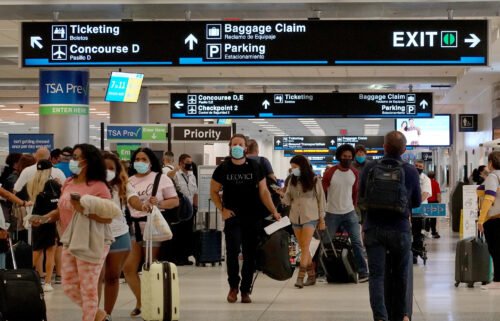 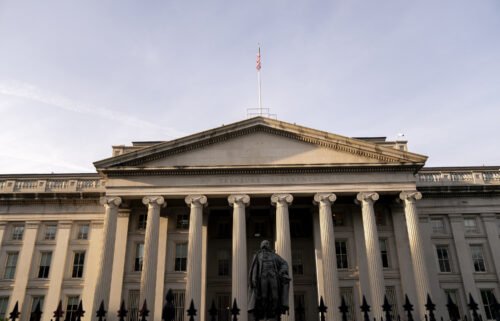 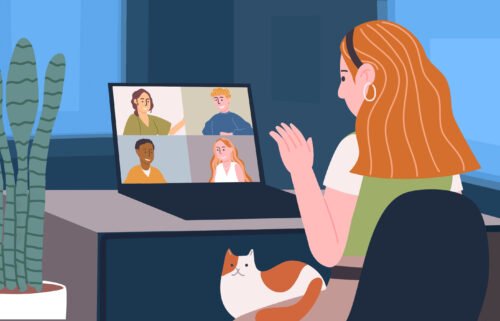