A version of this article first appeared in the “Reliable Sources” newsletter. You can sign up for free right here.

USA Today and Suffolk University conducted a survey of 1,000 Trump voters, identified via 2020 polls, in the past week. The results reaffirm that Donald Trump’s big lies are now part of the bedrock of the Republican Party. Riot denialism, for example:

“Most Trump voters embrace a version of events on Jan. 6 that has been debunked by independent fact checkers and law enforcement agencies,” USA Today’s Susan Page wrote Sunday. “Asked to describe what happened during the assault on the Capitol, 58% of Trump voters call it ‘mostly an antifa-inspired attack that only involved a few Trump supporters.’ That’s more than double the 28% who call it ‘a rally of Trump supporters, some of whom attacked the Capitol.’ Four percent call it ‘an attempted coup inspired by President Trump.'”

Trump sometimes told the public not to believe their eyes and ears — and some of his fans evidently agreed. The day of MAGA terror at the Capitol has been flushed down the memory hole by Trump’s base. “Only 4% say the impeachment trial made them less supportive of Trump; 42% say it made them more supportive,” Page wrote. “Fifty-four percent say it didn’t affect their support.”

The Big Lie about Trump winning the election, and Biden “stealing” it, largely lives on because some people want to believe it and because a constellation of Trump propaganda sources pump out a diet of dishonest info that props it up. But it is also important to see how the Big Lie is still being rinsed and repeated on respectable TV shows.

Matt Negrin, a longtime critic of public affairs shows, called out ABC’s booking of Rep. Steve Scalise on Sunday: “He was rewarded with 10 minutes of airtime and pushed the lie again,” Negrin wrote. “The networks are actively helping Republicans spread this lie.”

Negrin also pointed out that election-denying lawmakers have been welcomed on other network TV shows in recent weeks, and said that “the only Sunday show that doesn’t book these Big Liars is ‘State of the Union'” on CNN.

ABC representatives would say Scalise was challenged, again and again, by host Jon Karl. They’d say viewers saw how Scalise evaded the questions and saw how Karl held him accountable. They’d say that Monday’s “GMA” aired an exclusive interview with a police officer who defended the Capitol on 1/6. They’d say that all of this is part of a news outlet’s mission. But are those defenses persuasive to you when democracy is on the line?

The new “Lost Cause”

— Garry Kasparov wrote in reaction to Negrin: “This is like giving air time to people selling bleach as a miracle cure, except even more dangerous.” He said that “denying the integrity of the 2020 election is the new Lost Cause” and “the media will be partly responsible if it takes root.”

— “Somehow,” CNN’s Jim Sciutto observed, “acknowledging the truth today — on Jan 6 and the election — has become an outlier position in GOP and beyond.”

— Agree or disagree? “The greatest threat of misinformation and disinformation is domestic, currently spearheaded by the leaders of a political party and platformed daily by a media outlets pressured into ‘both sides-ism’ via decades of bad-faith pressure,” Jared Holt wrote. Holt is a resident fellow at The Atlantic Council’s Digital Forensic Research Lab.

Researcher Kate Starbird wrote Sunday: “The ‘big lie’ (claiming massive voter fraud in 2020 election) has multiple features of a classic disinfo campaign, including: designed to sow doubt (rather than convince of a single explanation), pushes multiple (even conflicting) narratives, functions to undermine democracy.”

“This isn’t about finding a coherent narrative,” Starbird wrote. “It’s about creating doubt via throwing voter fraud spaghetti at the wall. And quite unsurprisingly, the next move is to use these same false and misleading narratives for future voter suppression, making it harder for people to vote next time.” CNN’s Zach Wolf recently wrote about that…

Saturday night on “Judge Jeanine,” Lara Trump said her father in law “is the head of the Republican Party. He is really the person that everyone will continue to turn to in order to help them get across the line — whether we are talking about 2022 or beyond.”

Sunday morning on “Meet the Press” Chuck Todd asked Will Hurd, “What role should former President Trump have in the future of the Republican party? Or should he not have a role?” Hurd said “I think very little, if none at all.”

Another takeaway from the new poll

“In a USA TODAY/Suffolk Poll in October 2016, 58% of Trump voters said Fox was their most trusted source of news. In the new poll, that drops to 34%,” the aforementioned Susan Page reported. “Trust has risen in two relatively new outlets that have made their reputations by championing Trump. Newsmax is the most trusted among 17% of Trump voters, followed by 9% for” One America News.

Here’s what Suffolk’s David Paleologos said: The findings could reflect a “a seismic shift in the landscape of trusted news sources for conservatives.”

Share on FacebookShare on TwitterShare on Linkedin
Money and Business 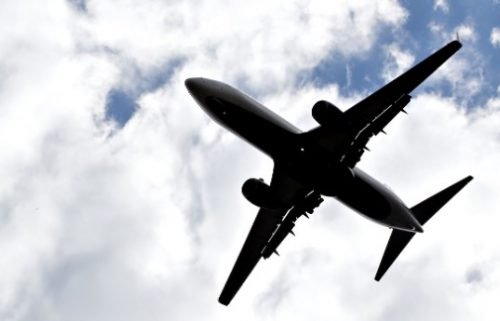 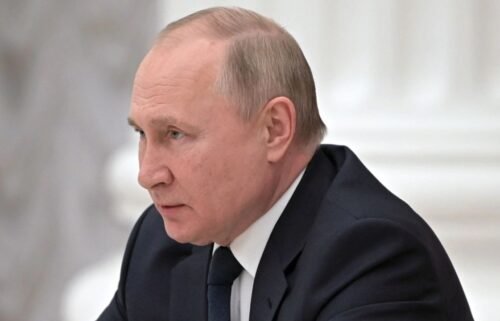