SANTA BARBARA, Calif. — Endurance events are back in action in Santa Barbara this summer.

It’s been quite some time since people were able to participate in sporting events such as swims or runs.

Yet the wait is finally over as the Reef & Run ocean swim series splashed off its second race this season on Thursday night at East Beach.

Courtney Brewer has been swimming in the series for quite some time.

“I just missed all the people, the camaraderie along with the laughs and smiles,” she said. “It’s just such a fun community event.”

Following its 18-month hiatus, the Reef & Run series is taking place every Thursday night at 6:30 p.m. starting this Thursday until Sep. 9.

“Last week with almost 300 swimmers here there were only smiles, she said. “I did not see anyone without a smile on their face.”

After meeting in front of the East Beach Bathhouse, participants have the choice to race in a 500-meter, 1,000-meter or 1-mile swim along with some swim/run biathlons.

After the season opener, swims will cost $15 each. Frequent swimmers may also purchase a season pass for $150 at reefandrun.org.

However, Reef & Run isn't the only local sporting event that's starting back up.

On Wednesday night, Nite Moves got going at Leadbetter Beach with over 300 swimmers and runners of all ages taking part in a 1k ocean swim or 5k run.

After its 2020 season was canceled, Nite Moves—which had been going steady each summer since 1989—is happy to be back on the beach.

“Most of these people I’ve known for 20-30 years,” Nite Moves director Jay Campbell said. “It feels like this is my family and I get to comeback and see everyone again.”

The weekly series includes three different swimming competitions. At both events, participants are thrilled that their favorite summer sports are back in action.

“Super exciting, it’s so fun to see a lot of faces that I haven’t seen in like 18 months,” one regular runner Caroline Adams said.

Camarillo resident Brian Nelson has been running at Nite Moves for nearly two decades. “We’ve really missed this race every Wednesday, it’s a Santa Barbara tradition,” Nelson said. “Plus I’m kind of lazy, I’m too lazy to run this hard on my own.”

Nite Moves will run on Wednesday nights through Aug. 25 while the Reef & Run series is taking place on Thursday nights until Sep. 9. 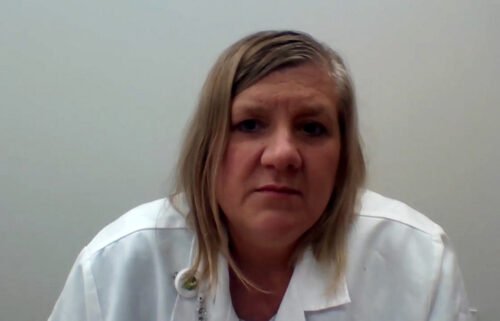