SANTA BARBARA, Calif. — Citrus orchards help line the 101 Freeway from Carpinteria to the Gaviota Coast. Due to Santa Barbara County’s climate, citrus trees can produce fruit multiple times a year. Their constant adds another colorful dimension to the vibrant scenery along our South Coast.

This week the California Department of Food and Agriculture is working to protect those citrus orchards. They wrote in a statement that a disease called Huanglongbing (HLB) is threatening the citrus trees. Another term for HLB is citrus greening.

CDFA states that a tiny leaf-like insect called Asian citrus psyllid (ACP) carries the harmful HLB. The insect is about a millimeter long, feeds on citrus leaves and can lay up to 800 eggs in its lifetime.

To combat these tiny bacteria-carrying citrus leaf eaters CDFA is releasing a wasp to prey on the ACP.

They hope the wasps will outnumber and stop the ACP from spreading HLB. They write, "Tamarixia radiata is a tiny, parasitic wasp and a form of natural biological control used to protect citrus orchards and homegrown citrus trees by reducing populations of ACP."

CDFA states they have confirmed more than 2,000 cases of HLB in residential citrus trees across Southern California. And they hope to stop the spread before it becomes a commercial citrus problem.

The CDFA is asking for the public's help identifying if their backyard citrus trees have the disease. Visit their website to know what signs and symptoms to look for. 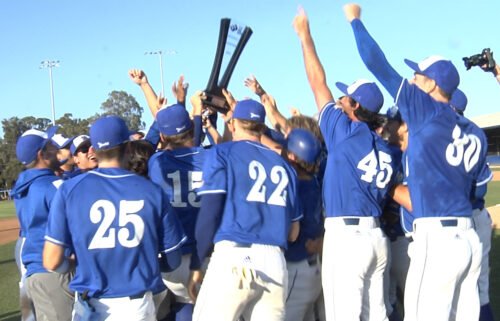