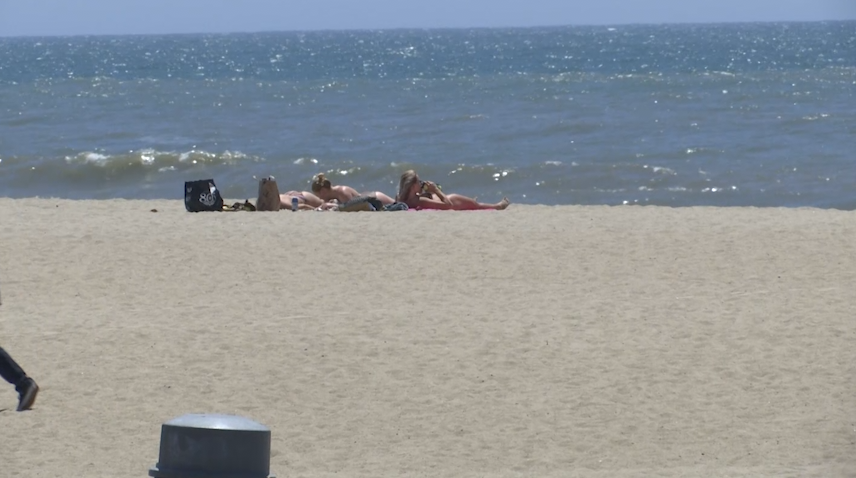 VENTURA COUNTY, Calif. - Ventura County beaches are back open, but with strict guidelines.

Port Hueneme opened its beach over the weekend. This comes about two weeks after it originally closed on April 1.

“We decided that we needed to open up the beach to give people a place to actually participate in physical activity,” said Andrew Salinas, Port Hueneme Police Chief.

The reopening is coming with a long list of restrictions.

“Some of the restrictions include sunbathing. That is not allowed,” said Salinas. “Congregating in large groups or gatherings is not allowed, as well as plain sitting. If you are sitting at the beach and just hanging out, that is not allowed. The intent right now of opening the beaches is to promote physical activity.”

Bathrooms, playgrounds, and picnic areas are closed. Beaches in Ventura opened Monday night and have similar guidelines. Oxnard beaches are also open, after only being close over Easter Weekend. They are allowing families to sit and enjoy the beach, but requiring folks to obey the physical social distancing.

“They can do all the things that they can not do in their home,” said Brick Conners, who is the Port Hueneme City Manager. “That is running, hanging outdoors, using the bike path, walking, walking your dogs, you can go on the beach and go in the water, but at a safe distance and always moving in motion.”

Salinas says there were large crowds at the beach when it reopened. More officers were called out to make sure people were following the rules. Police worry more people will come to the coast as the weather warms up.

“That is absolutely a possibility and we are prepared for it,” said Salinas. “We are prepared to shut down the beach if it does become overwhelming for us. We are hoping that people follow the restrictions and we don’t need to close our beach. Something else we may add is to do one hour parking, so if you are here at the beach longer than one hour than you’re going to get a ticket.”

Police will even issue warnings to people caught sitting.

“People need to understand that we are not out of the woods yet,” said Laura Hernandez, mayor of Port Hueneme. “We still need to practice social distancing and we need to wear our masks.”