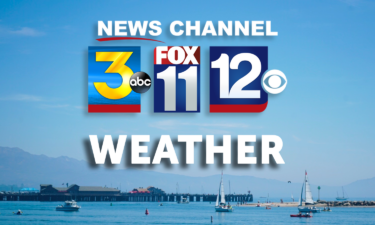 ATASCADERO, Calif. -- Firefighters put out a fire that broke out on the roof of an Atascadero bank building Thursday afternoon.

Fire and Emergency Services responded to a fire at the Union Bank building on El Camino Real around 1 p.m.

According to the Atascadero Police Department, the responders were able to confine the fire to the rooftop and safely evacuate everyone, including three employees who were not aware of the emergency.

The fire was contained within 25 minutes with the use of four engines, and crews were called to treat the affected area.

As of 2 p.m., north bound lanes of El Camino Real were impacted due to this and police said the area should be avoided if possible.

No injuries were reported, and the cause of fire remains under investigation.