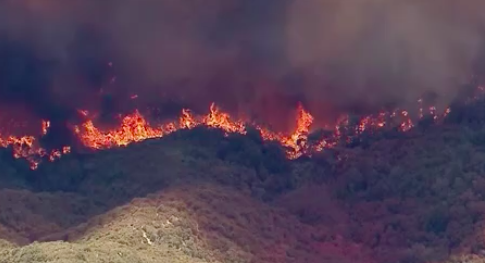 RIVERSIDE COUNTY, Calif. - As of Sunday afternoon, a wildfire in the Cherry Valley area of Riverside County remained 0% contained after spreading to over 20,500 acres, fire officials said. Several evacuation orders and warnings were in place.

More evacuations were ordered Saturday afternoon. At least one home and two outbuildings were destroyed by the fire. The blaze, which began as two adjacent fires, was reported shortly before 5 p.m. Friday in Cherry Valley, an unincorporated area near the city of Beaumont in Riverside County.

Fire officials said at least one single family dwelling and two outbuildings were destroyed by the fire near Avenida Miravilla.