(CNN) -- Former reality TV star Joshua Duggar has been arrested on federal charges related to the possession of child pornography, according to the US Attorney's Office in the Western District of Arkansas.

Duggar allegedly downloaded material that depicted the sexual abuse of children under the age of 12, the US attorney's office said in a statement. Duggar allegedly possessed the material in May 2019.

Duggar, the oldest son of Michelle and Jim Bob Duggar, whose family was the subject of the TLC show "19 Kids and Counting," faces two charges, the indictment shows -- one count of receipt of child pornography and one count of possession of child pornography. He faces up to 20 years in prison and fines of up to $250,000 if convicted, the statement said.

Duggar was arrested in Arkansas Thursday, according to the statement. He appeared in federal court Friday via video conference and pleaded not guilty to both charges.

"We intend to defend this case aggressively and thoroughly. In this country, no one can stop prosecutors from charging a crime. But when you're accused, you can fight back in the courtroom -- and that is exactly what Josh intends to do," Duggar's attorneys Justin Gelfand, Travis W. Story and Greg Payne said in an email to CNN Friday.

Duggar is set to appear in court again on May 5 for a detention hearing. The trial is currently scheduled for July 6, Judge Erin Wiedemann said.

This is not Duggar's first time making headlines.

TLC canceled the reality television show in 2015 after reports surfaced that Duggar allegedly molested girls when he was a teenager. Duggar was never charged in relation to those allegations.

That same year, Duggar admitted that he had used Ashley Madison, a website designed to help married people cheat on their spouses, after his name was released when the website was hacked.

Jim Bob and Michelle Duggar posted a statement on their family website about the "very serious accusations" Duggar is facing.

"We appreciate your continued prayers for our family at this time. The accusations brought against Joshua today are very serious. It is our prayer that the truth, no matter what it is, will come to light, and that this will all be resolved in a timely manner. We love Josh and Anna and continue to pray for their family," they said. 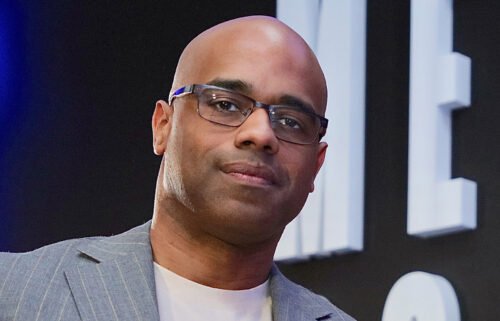